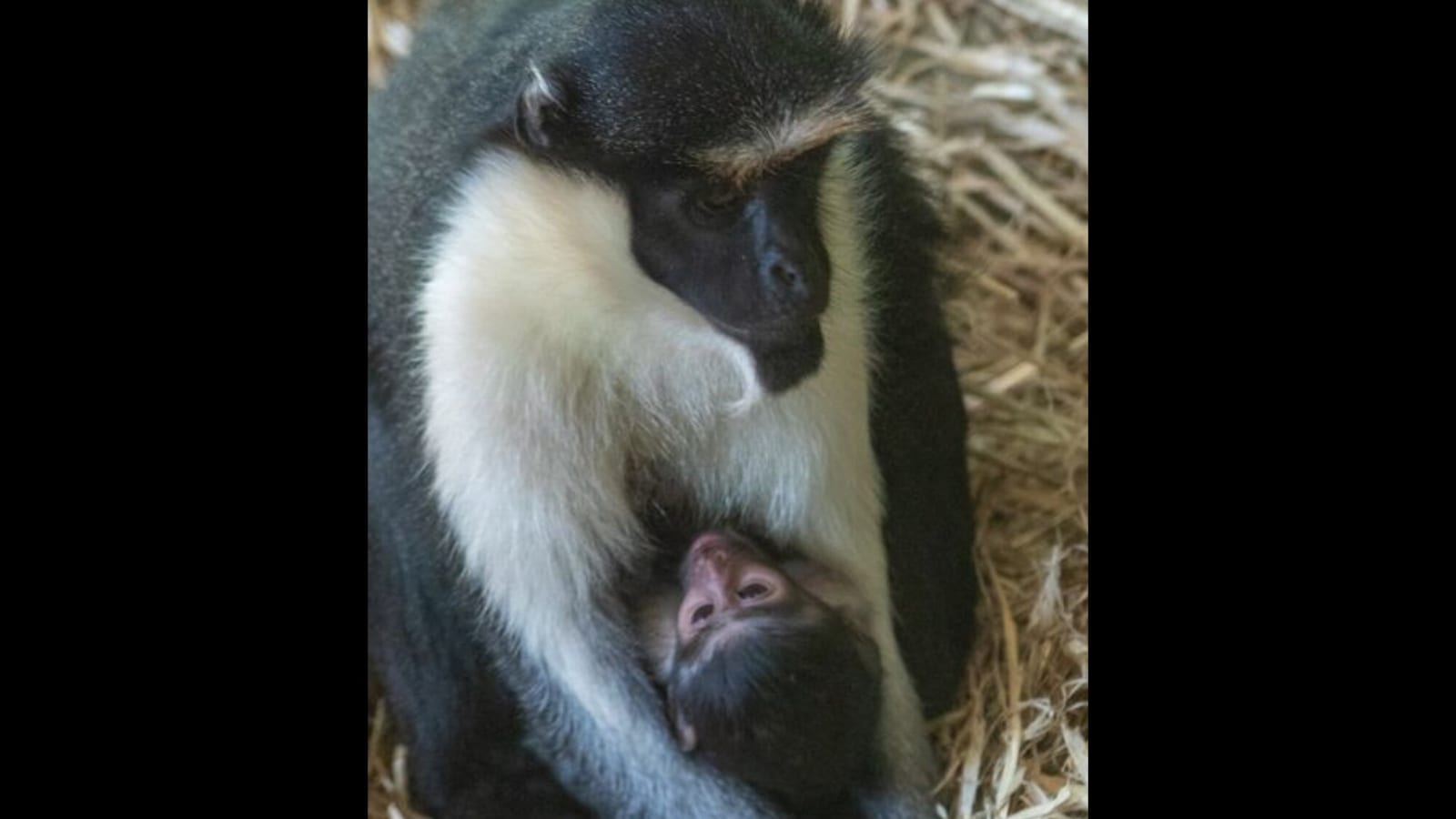 When the Paignton Zoo’s keepers arrived for work one morning, they were greeted with a new-born baby Diana monkey, which was a pleasant surprise. This birth is all the more noteworthy because it is the first of an endangered species to take place at Paignton Zoo in more than a decade. Although Diana monkeys generally have a gestation period of five months, it was uncertain when Akea first became pregnant, according to zoo officials, therefore they were unsure when she would give birth. The zoo has taken to its official Twitter handle in order to share the news and announce the birth of this adorable baby monkey.

According to the official website of the Paignton Zoo, Akea, a first-time mother, was born in 2006 at the Paignton Zoo. Keepers were happy to see her cradling the baby this morning because they knew she was pregnant but didn’t know when she would give birth. Large-scale deforestation for logging and the production of charcoal, as well as poaching for their flesh and skin, pose threats to the endangered species. The Diana monkeys at Paignton Zoo are a part of a breeding programme for the species in Europe, so this new arrival will greatly benefit the captive population.

Take a look at the tweet that announced the birth of this baby Diana monkey:

Shared on August 9, this post has accumulated various comments that congratulate the zoo on the birth of this baby monkey.

Here’s a video that showcases the adorable little munchkin:

This ‘special surprise,’ as the zoo terms it, is definitely enough to make right about anyone smile.

Nothing Phone (1) just showed us the ugly side of Android