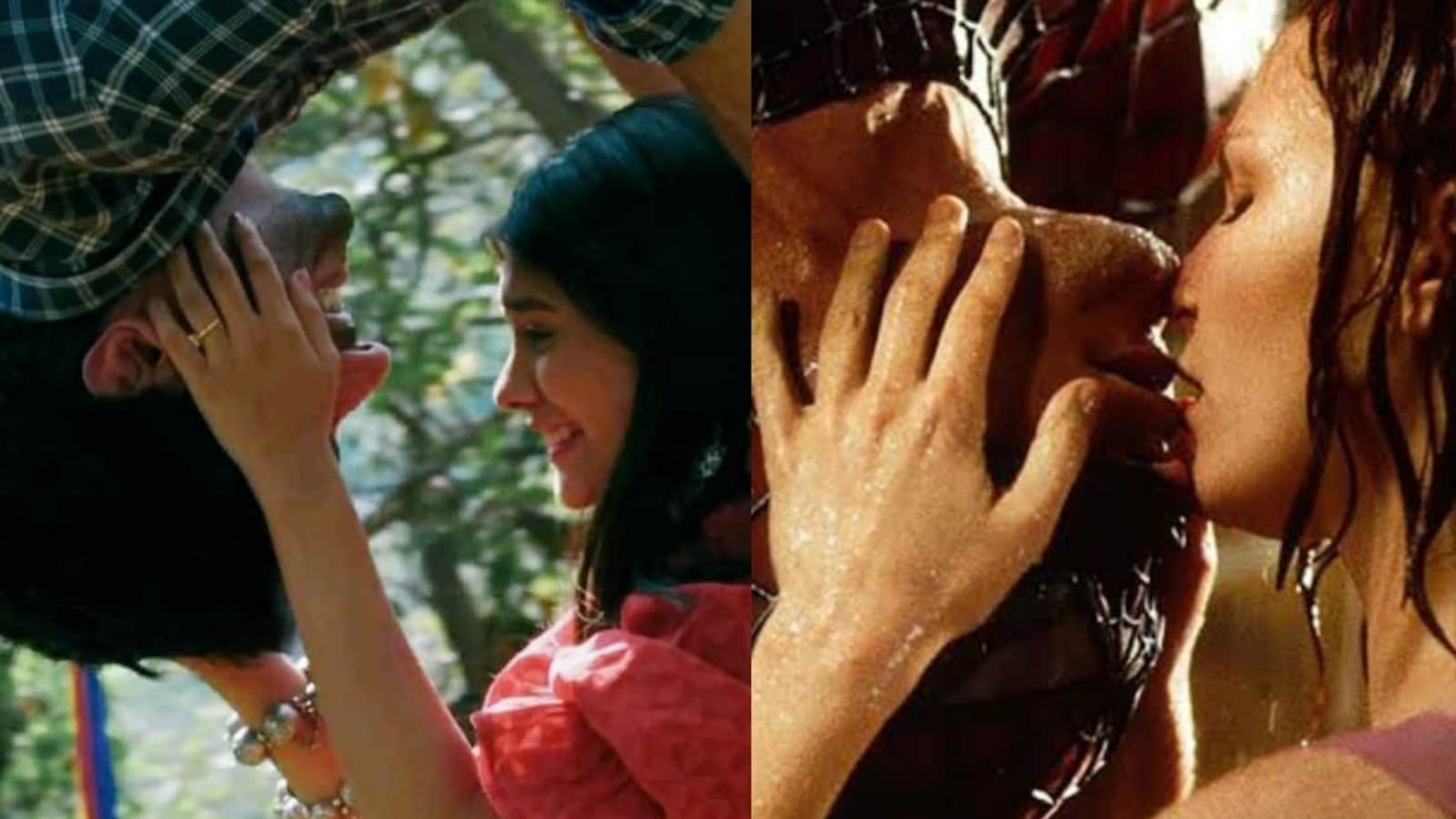 An upcoming episode of TV show Yeh Rishta Kya Kehlata Hai will feature leads Akshara (Pranali Rathod) and Abhimanyu (Harshad Chopda) finally confess their feelings for each other. What has got the attention of many fans is the way the sequence goes down, which is quite similar to a popular scene from the 2002 superhero film Spider-Man.

In the scene, snippets and images from which have been shared by fan clubs on social media, Akshara can be seen screaming her response to Abhimanyu’s proposal. He emerges in front of her, hanging upside down from a tree. The scene further sees the two smiling at each other, with Akshara holding Abhimanyu’s face in her hands.

Many fans were immediately reminded of the iconic kiss scene from Spider-Man in which Peter Parker (Tobey Maguire) appears in front of Mary Jane (Kirsten Dunst), hanging from his  and the two share an upside-down kiss, which came to be known as the Spider-Man kiss.

Pretty soon, memes and praises for the TV show scene flooded social media with many calling Harshad Chopda ‘no less than our own Spider-Man’. “Our Very Own Peter Parker and Mary,” tweeted a fan with a collage of the two scenes. “I can’t Akshu’s love confession and our desi Makad Man (Spider Man),” wrote one. Others wondered if the writers of the show have been watching Spider-Man of late.

During an Instagram Live, Harshan even answered a fan’s question on how he managed the scene. “Don’t ask me how I managed it,” he said.

Yeh Rishta Kya Kehlata Hai is one of the longest-running shows on Indian television, on air since 2009. The show initially starred Karan Mehra and Hina Khan, who were replaced by Shivangi Joshi and Mohsin Khan in 2016. Harshad Chopda and Pranali Rathod joined the cast last year.