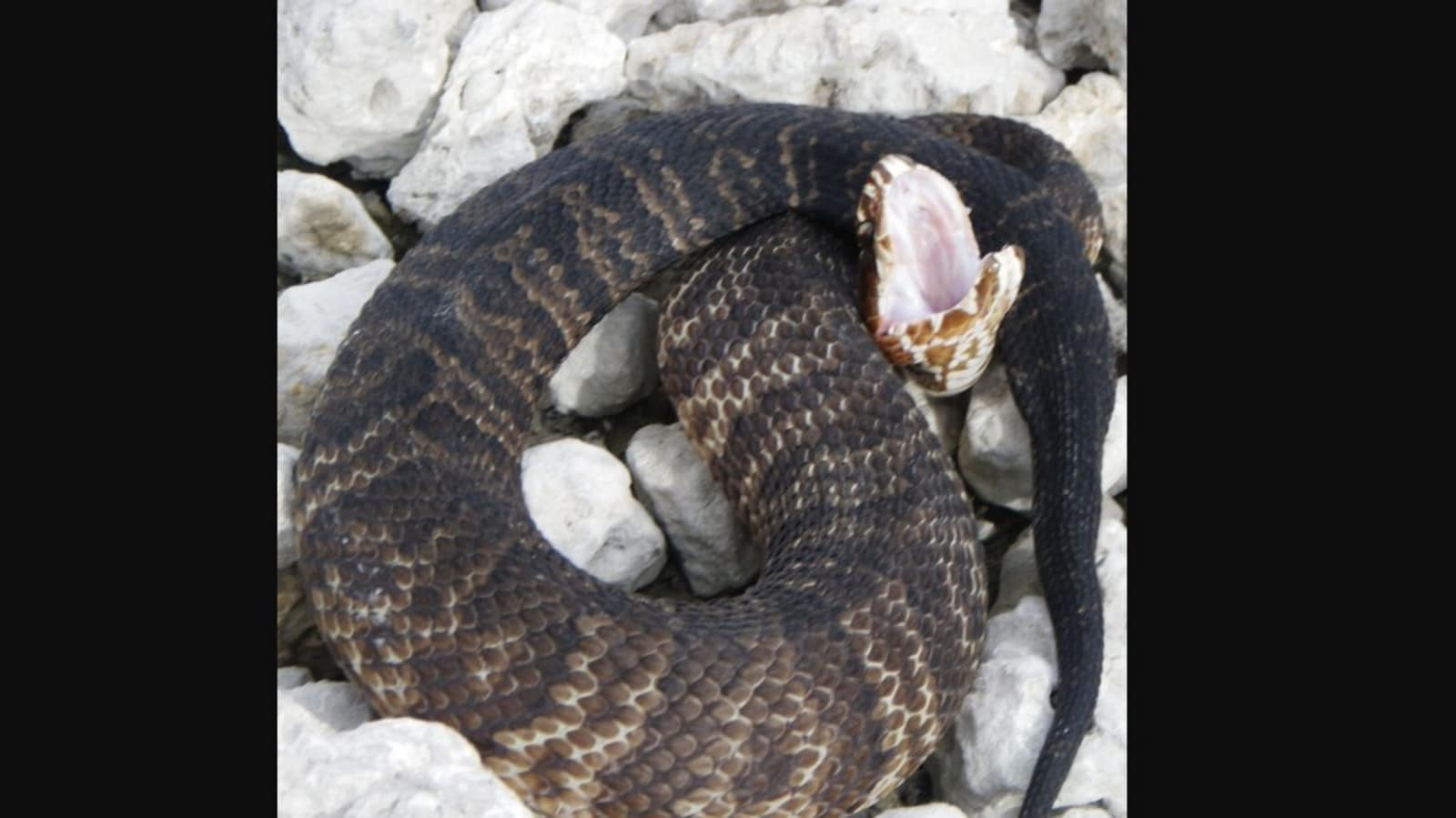 There are certain stories on the Internet that are so unusual – and somewhat bizarre – that they leave people surprised. One such tale was recently shared by Miami Zoo in Florida. They posted on Facebook about one snake eating another. What, however, has left people intrigued is an image they shared along with the post. It’s an X-ray of the snake who ate a python.

“You may have heard in the news about the bobcat that was documented stealing and consuming eggs from an invasive Burmese python in the Everglades,” they wrote about an incident that took place a few days ago. In the next few lines, they shared about the incident involving the snakes. “A python that had its tracking transmitter implanted by surgeons at Zoo Miami was recently found to be consumed by another snake; a native cottonmouth, also known as a water moccasin. You can see the spine and the transmitter of the python inside of the cottonmouth on this x-ray, or radiograph, that was taken at Zoo Miami’s animal hospital,” they added.

Take a look at the post and the images:

Since being posted, the share has been posted over 1,200 times. It has also accumulated nearly 1,000 likes. The post has prompted people to share various reactions. “That moment when you realize your python is inside a cottonmouth,” expressed a Facebook user. “Zoo Miami is awesome. We were great supporters of the Zoo when we lived in Miami,” commented another. “Wow, that’s just crazy! Awesome, but crazy!” posted a third. “How big was the python?” wrote a fourth.