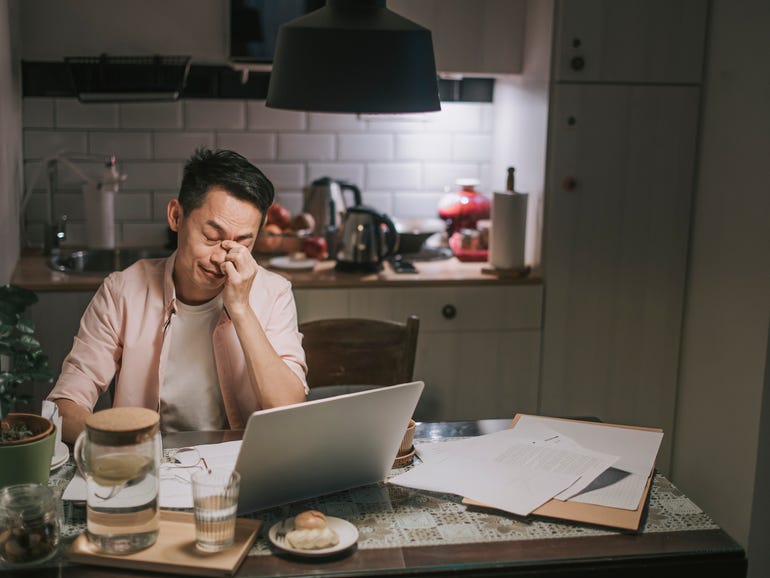 One of the lasting effects of COVID-19 has been its impact on the way we work. Remote work, which was previously niche, is now occupying a central place in many organizations, to the point of being considered “the new normal.”

Remote work does not apply to each and every profession, but where it does, its effects are felt. As many of us have experienced by now, remote work is a mixed bag. While many people feel more productive working from home and appreciate the flexibility this offers, there are also challenges such as finding focus amid distractions and “Zoom fatigue.“

In an effort to go beyond anecdotal evidence, a number of surveys have been undertaken and unearthed in the last few months. Those surveys provide input from respondents on topics ranging from their preferences for remote work over office work, to the impact of remote work on their daily working schedule.

While some findings such surveys provide are qualitative and subjective in nature, others could theoretically at least be based on hard data. The impact of remote work on people’s daily working schedule is one of those.

That did not go unnoticed, and we now have a recently published working paper from the National Bureau of Economic Research (NBER) that uses hard data to do precisely this: explore the impact of remote work on people’s daily working schedule.

NBER’s working paper is titled “Labor Reallocation and Remote Work During COVID-19: Real-time Evidence from GitHub,” and it documents recent research by Grant R. McDermott and Benjamin Hansen. McDermott and Hansen’s analysis is based on GitHub data covering the entirety of activity on public repositories in 2020, from a number of geographies.

As the authors note, real-time data from sources such as GitHub have helped measure COVID-19’s impact on a diverse range of socioeconomic outcomes, from employment and energy use to mental health and family strife. The choice of GitHub as the source to base this analysis on is interesting in its own right.

GitHub is the world’s largest platform for software development and scientific code, currently serving over 50 million users. But to what degree can we consider GitHub as a proxy for the economy at large? Simply put, GitHub is one of the best possible data sources we have, but it’s far from perfect. But we’ll return to this a bit later — let’s first report on the findings.

The analysis highlights a sharp reallocation towards weekend activity following the onset of COVID-19 in March 2020 compared to 2019. This proportional increase, from a baseline of 20 percent to over 24 percent, represents a sizable shift in individuals’ time use.

If we assume a constant 40-hour work week, then it translates to an additional 2 hours of work every weekend. That trend is somewhat reversed toward the end of 2020, but the shift is long-lasting, and overall characterizes 2020.

As the authors note, many knowledge workers were shielded from COVID-19’s (un)employment impacts due to their ability to work remotely. These individuals were also more likely to work longer and flexible hours before the pandemic, yet remote work has meant more work outside regular working hours, too.

Overall, working hours have also increased following the onset of the pandemic. Most countries in NBER’s sample recorded a large (15-20 percent) increase in overall activity relative to the forecast baseline. Assuming that these changes are reflected proportionally against a regular 40-hour workweek, this translates to approximately eight hours of additional activity each week.

However, elevated activity levels had generally returned to normal by the start of July 2020, coinciding with the reopening of the global economy. As economies around the world have reopened and leisure opportunities have returned, so too have workers returned to a regular 40- or 50-hour week. But they have not necessarily returned to the same 9 am to 6 pm, Monday to Friday schedule, NBER’s analysis finds.

Another interesting finding has to do with differences between gender groups. First off, in the dataset NBER analyzed, men outnumber women at a 9 to 1 ratio, which the authors note corroborates existing evidence about the lack of gender diversity in the tech industry.

In addition, male users appear to have been in a position that allowed them to adapt nearly immediately to COVID-19. In contrast, female users reallocated work effort more slowly and inconsistently. Again, the authors note, such a finding would be consistent with prior research on gender roles and the disproportionate burden that women bear in-home production, particularly given the widespread school closures starting in early March 2020.

Are results extracted based on GitHub analysis representative?

Overall, the key findings are rather unsurprising. By the end of 2020 we observe a fairly steady pattern that is tempting to call a “new normal,” the authors note:

How to get remote work right

In this special feature, ZDNet helps enterprises and SMBs alike navigate the technical and management challenges of a remote workforce.

People appear to be working more during traditional leisure times — but not necessarily more in the aggregate — as schedules adjust to a world where more and more of us work from home. We were all suspecting that, based on our own experience and anecdotal evidence. Now we also have hard data to back this up.

NBER’s working paper drills down to different geographies and time periods in the dataset at hand, and even individual organizations such as Alibaba, Microsoft, and the UK Government, offering more granular insights. It also covers methodological aspects regarding the selection of dataset and analyses applied.

The main question, however, is the degree to which using GitHub as a data source leads to results that can be extrapolated to the economy at large.

McDermott and Hansen are adamant in emphasizing that their study population is not necessarily representative of the modal worker in the economy. Tech professionals and other knowledge workers experienced very different work stresses and constraints during COVID-19 compared to other sectors, they note.

Yet, they go on to add, this population is ideally suited for measuring the effect of work from home on labor timing and intensity. While we do not observe remote work directly, previous research finds that workers in digital knowledge spaces like computers are ex ante easily able to do their job remotely, and that ex post the vast majority of these workers were working remotely in the pandemic.

NBER researchers note that GitHub was originally targeted at professional software developers, but now claims a userbase across a broad swathe of industries and academic institutions. That may be true, but we should also note a couple of things here. First, the majority of GitHub users still are software developers. Second, even among software developers, not everyone uses GitHub. And third, NBER’s analysis does not include private repositories.

The authors of the study note that despite the exclusion of private GitHub activity, the public timeline still encompasses a vast number of users and activities. For example, it incorporates activity from over 15 million unique users during 2020 alone, with as many as two million individual events per day.

Another potential concern the authors address is that results may, at least in part, reflect compositional effects stemming from the types of repositories that GitHub users choose to work on. For example, some users might have switched over to doing more work on public repositories following the pandemic to better advertise their skills to potential employers. Others might have switched over to working on “hobby” projects, rather than renumerated ones, during traditional leisure times.

McDermott and Hansen believe there are good reasons a priori to be sanguine about the former, since employment opportunities for knowledge workers during the pandemic were very stable compared to workers in other sectors. The latter they note is largely a matter of framing, but also seems unlikely given the persistence of out-of-hours work that was observed throughout 2020, and certainly well after most economies reopened.

Jaya Bachchan cheers up emotional Amitabh Bachchan, offers him sweets as she and Abhishek Bachchan surprise him on KBC

Woman adds extra salt to food as a prank; see what happens next