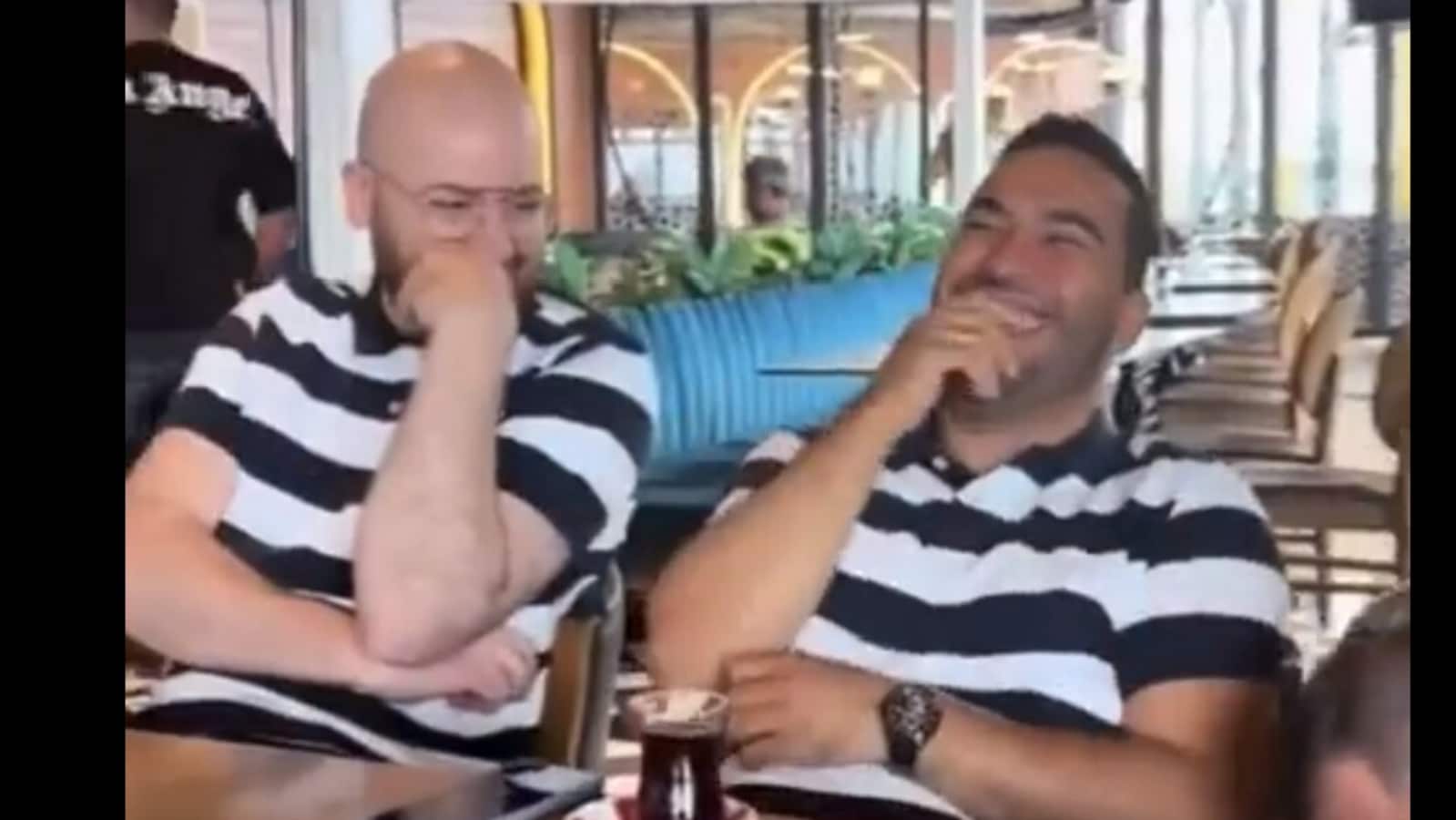 Shopping for unique clothes often makes one happy and stand out from the crowd. However, bumping into a stranger, who is wearing the same clothes as you, can make you feel quite elated. In a similar instance, a video going viral on Twitter shows a group of women pulling a prank on their husbands by secretly buying them the same shirts. Harmless pranks are as interesting as they’re entertaining to see. And this video highlights that perfectly.

The video shows the men dressed in identical black and white polo shirts as they met up at a restaurant. The men arrive at the restaurant one by one, with their partners, wearing the identical shirts. The men burst out laughing every time another one walks in wearing the same shirt.

The video was shared on July 24 on Twitter by a author Giles Paley-Philips. It quickly went viral, garnering over four lakh likes. The caption of the video reads, “A group of women all bought their husbands the same shirt and didn’t tell them.”

Take a look at the viral video:

While the video was retweeted several times, netizens reacted to the video by sharing similar experiences in the comment section of the video. A Twitter user shared a picture of himself wearing a similar black and white shirt as the men wore in the video and commented, “What a coincidence me too wearing the same t-shirt while watching this video.”

One of the Twitter users commented, “That’s happened to me twice at weddings. What really happens, just in case you don’t know any women in real life, is that we giggled, complimented each other on how we accessorised the dresses differently, made jokes about being unidentical twins, & took lots of pics. Sorry!”

“I was a wedding florist for years. The cutest thing I ever saw was two three-year-old flower girls who met at the ceremony. Their eyes lit up, they looked each other up & down, held out their identical dresses, squealed, ran towards each other, hugged and told everyone they were twins,” commented another user.

A Twitter user replied to the viral tweet, “I saw a tweet once of someone’s wedding and ALL THREE grandma’s there all turned up in the same outfit, but by complete chance. They hadn’t coordinated. Posed for great photos. Amazing.”

How to stop spam calls in 3 easy steps

WWDC 2022: What to expect and how to watch Apple’s latest keynote