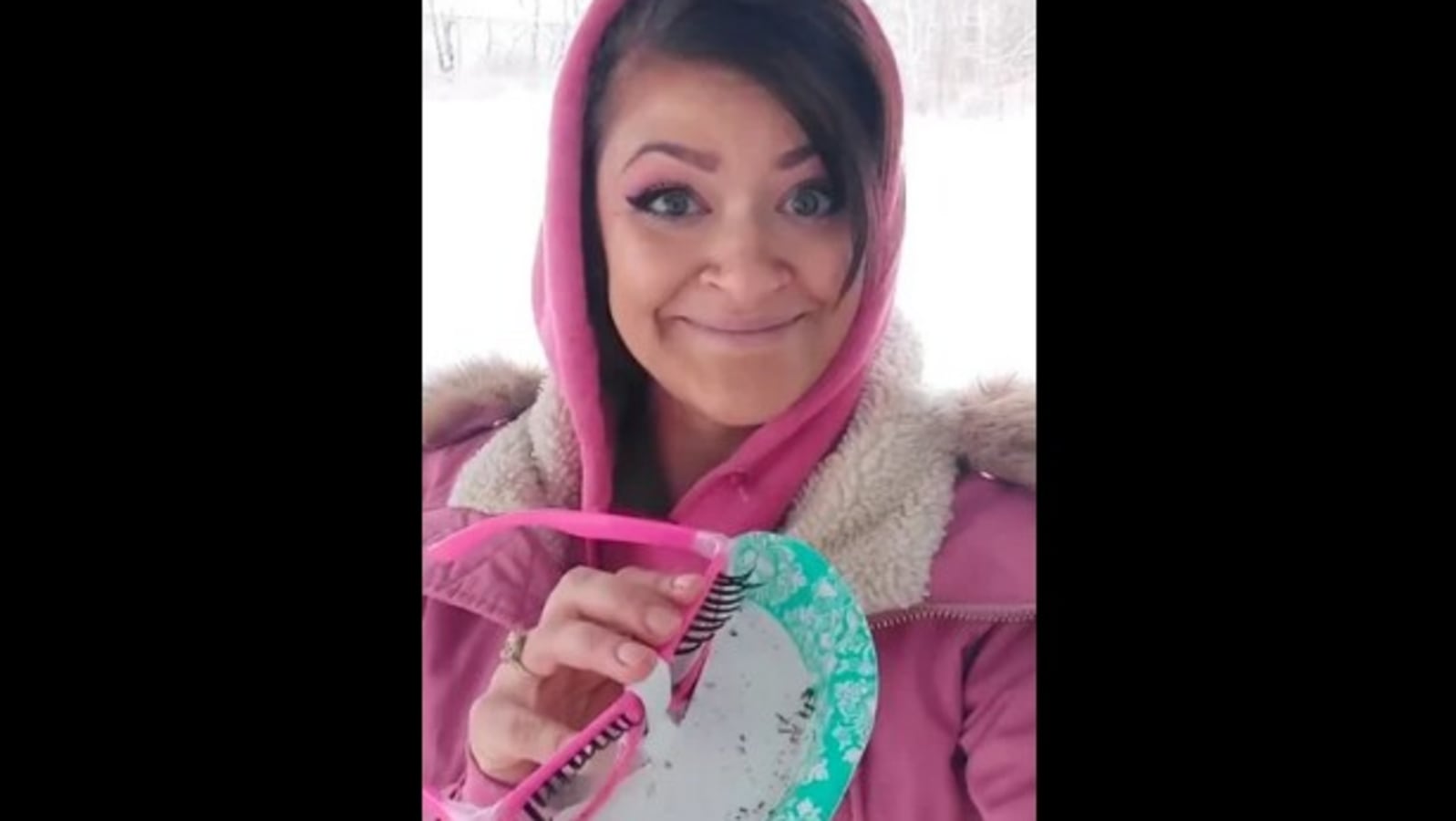 There are many who enjoy the recreational activity of bird watching. Generally, it consists of people standing afar with their binoculars glued to their eyes to spot and watch different birds. This woman, however, gave a twist to the activity and a video about the same has now left people amused. There is a chance that the clip will have the same effect on you too.

The video was posted on Reddit with the caption “That smile at the end.” The clip opens to show a woman covered in winter clothes. Within moments, she shows the eyewear she is going to wear. The clip also shows her putting it on. What is interesting is that the eyewear she is seen wearing is modified. The eye gear, besides having transparent glasses, also has a semicircular plate attached to it.

The woman puts some food in the plate and covers herself with a sheet, amid snowfall, as she waits for the birds to come. Her hard work pays off as soon a bird sits on the edge of the plate and starts eating.

The video has been posted two days ago. Since being shared, the clip has gathered more than 12,000 upvotes and the numbers are only increasing. The share has also prompted people to post various reactions.

“That is adorable! She was so happy!!” wrote a Reddit user. “This is such a pure wholesome! Thank you for sharing this one, it really does my day!” posted another. “That’s some dedication right there,” commented a third. “It sure was a long wait out in the cold, totally worth it. Also, the joy in her smile at the end, that’s gold hahaha,” expressed a fourth.

What are your thought on the video?

US family bags world record for being the tallest in the world. Watch

Saumya Tandon: I don’t see myself going back to the daily soap world