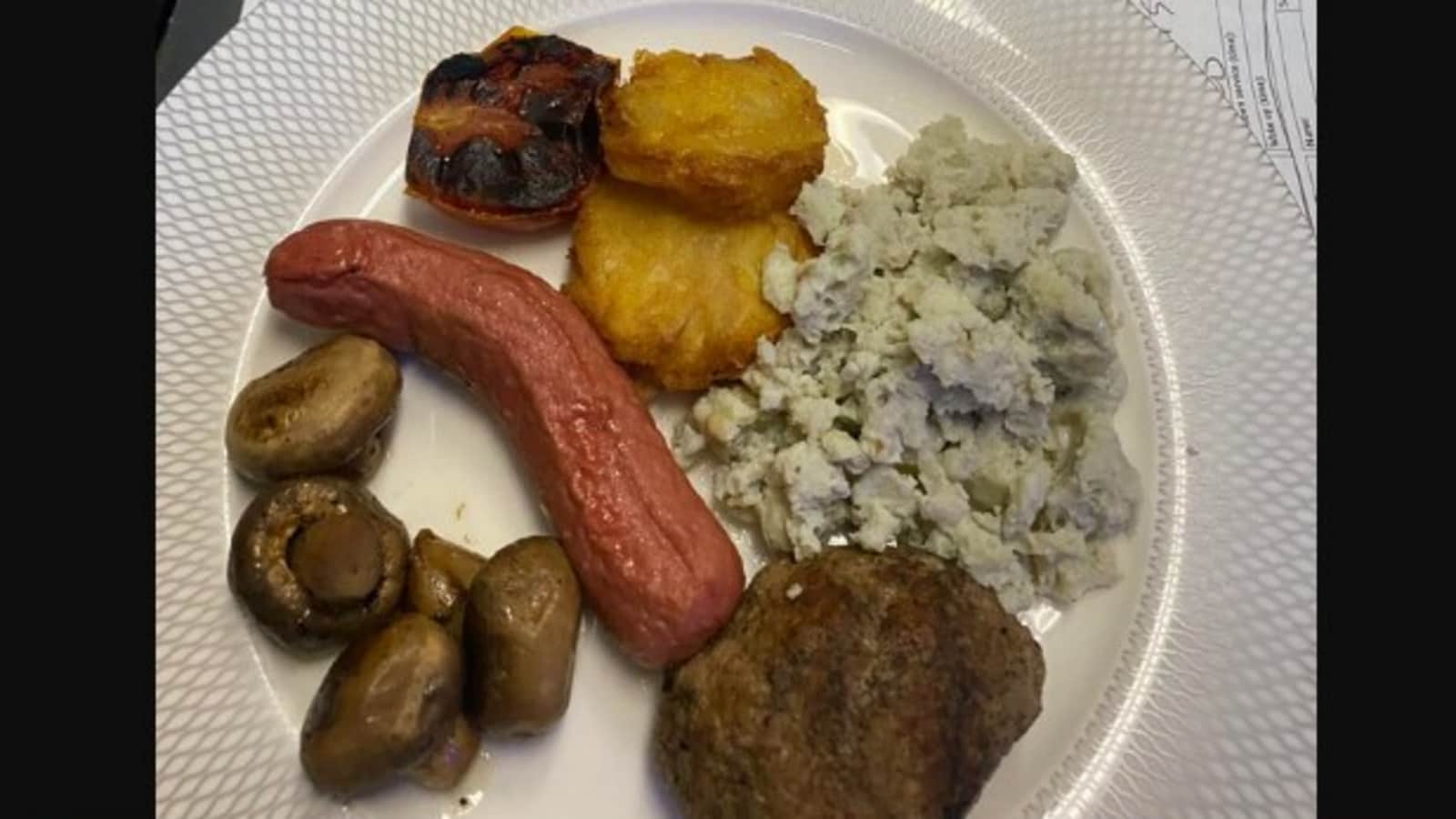 Frequent flyers or not, a lot of people often look forward to the meals that are served on an aeroplane. There is just something about having yourself a hot (or cold) meal so high up in the air, isn’t it? And that is pretty much what this particular Twitter user named Jane Hawkes was expecting for herself. Except that her hopes were crushed when she was served a meal that didn’t look all too tempting to her. So, she took to her Twitter handle to share a photo of the meal that she was served as she was flying first class on a British Airways flight. And for reasons that will become quite obvious once you see the photo, this tweet went viral.

The food in the photo was a platter that was filled with some mushrooms, a sausage, some hash browns and mashed potatoes, among other items. Many Twitter users took to the comments and replies to this tweet, to say that the food looked quite uninviting to them.

The woman who posted this image of the first-class meal on a British Airways flight that she was flying in, shared it with a caption that reads, “First class #BritishAirways breakfast. Thoughts?” And of course, several people took to the micro-blogging platform to reply, retweet or quote tweet with their responses.

Take a look at the original photo of the first-class breakfast:

Since being shared on June 9, this tweet has received more than 2,700 likes and 1,500 quote tweets. And the numbers are only shooting up because people are quite dissatisfied with the quality of the food served by British Airways.

“For being first class the food in fact is very good, but the presentation itself is nasty,” wrote one. Another posted, “Poor. Very poor! Think those are hash browns? No idea what that white stuff is.”

This individual posted a photo of some nachos that were served at The Etihad that costs five euros:

Another person posted a wholesome take when they shared about a very healthy meal they had on board a flight with Air Canada:

What are your thoughts on this meal? Would you mind eating it?