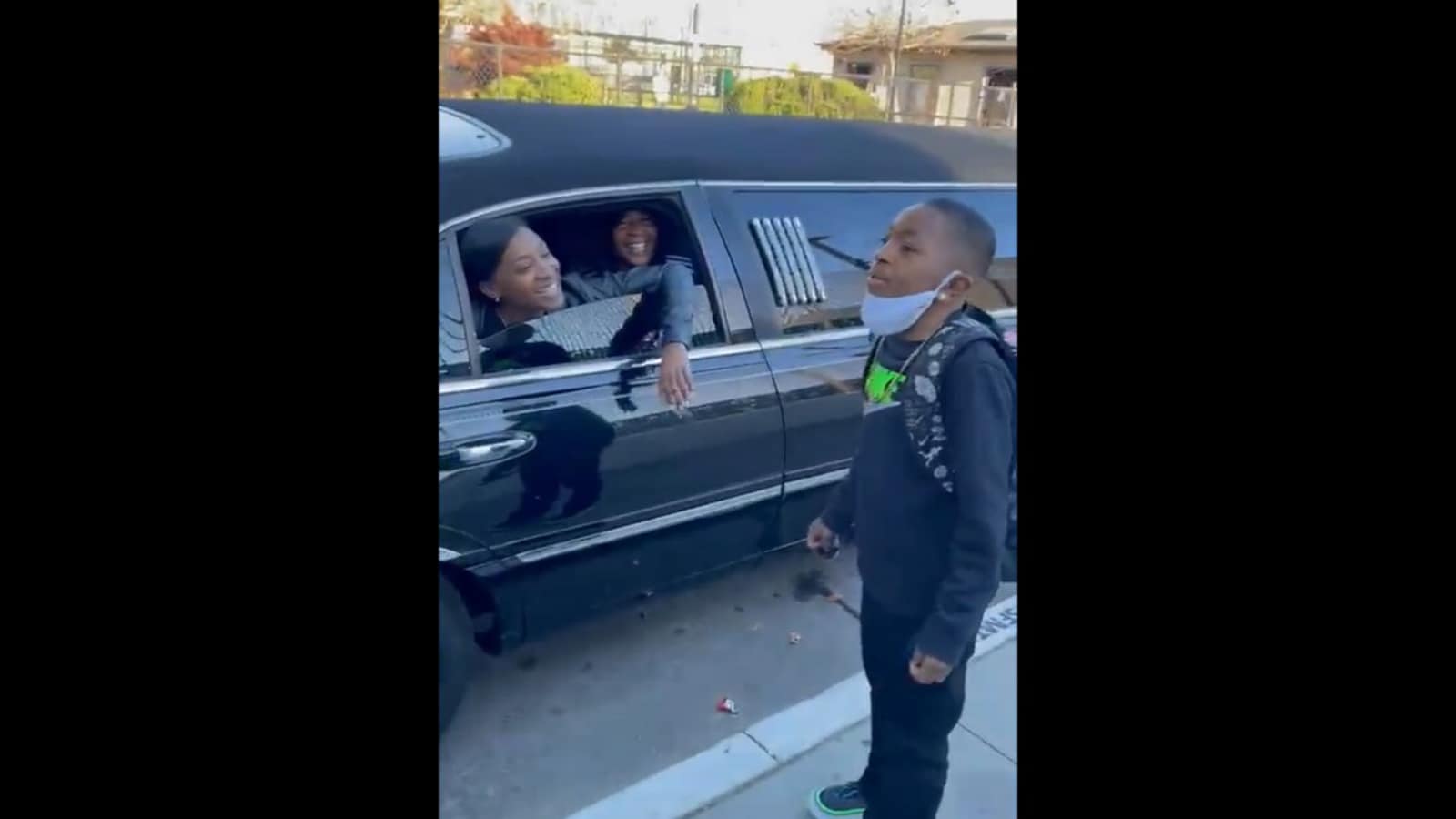 This video posted on Twitter shows how an aunt surprised her nephew by showing up with a limousine on his 10th birthday.

Pretty much every person has fond memories from their childhood about that one fun aunt who always made their dreams come true. One such aunt has recently taken to Twitter to share a video where she has made her nephew’s dream come true. She showed up in a limousine on her nephew’s 10th birthday.

A limousine, or limo for short, is a big luxury vehicle driven by a chauffeur and divided into two compartments, one for the driver and one for the passengers. And just like many others, it was this kid’s dream as well to see one in real life. But his aunt took it to the next level by not only getting one for him to look at, but also for him to travel in for his 10th birthday.

As the boy came out of school with his backpack still on his shoulders he saw his aunt sitting in a limousine and looking out at him. He promptly responded by saying that he thought that she would be at work. She then clarified that she had to take an off in order to give him the best birthday ever. “My nephew said he never saw a limo in real life, so I surprised him and pulled up to his school in one for his birthday,” reads the caption to this video.

The video was posted on Twitter on January 28. So far, it has accumulated more than 1.9 million views and several comments from people who couldn’t stop admiring this aunt’s sweet surprise for her nephew.

“This is so cute,” posted a Twitter user. “This is amazing,” commented another. “Lol I’m smiling so hard,” posted a third. “His reaction when he turned around haha that was hella tight. Great job and happy birthday,” commented yet another.

What are your thoughts on this birthday surprise video?