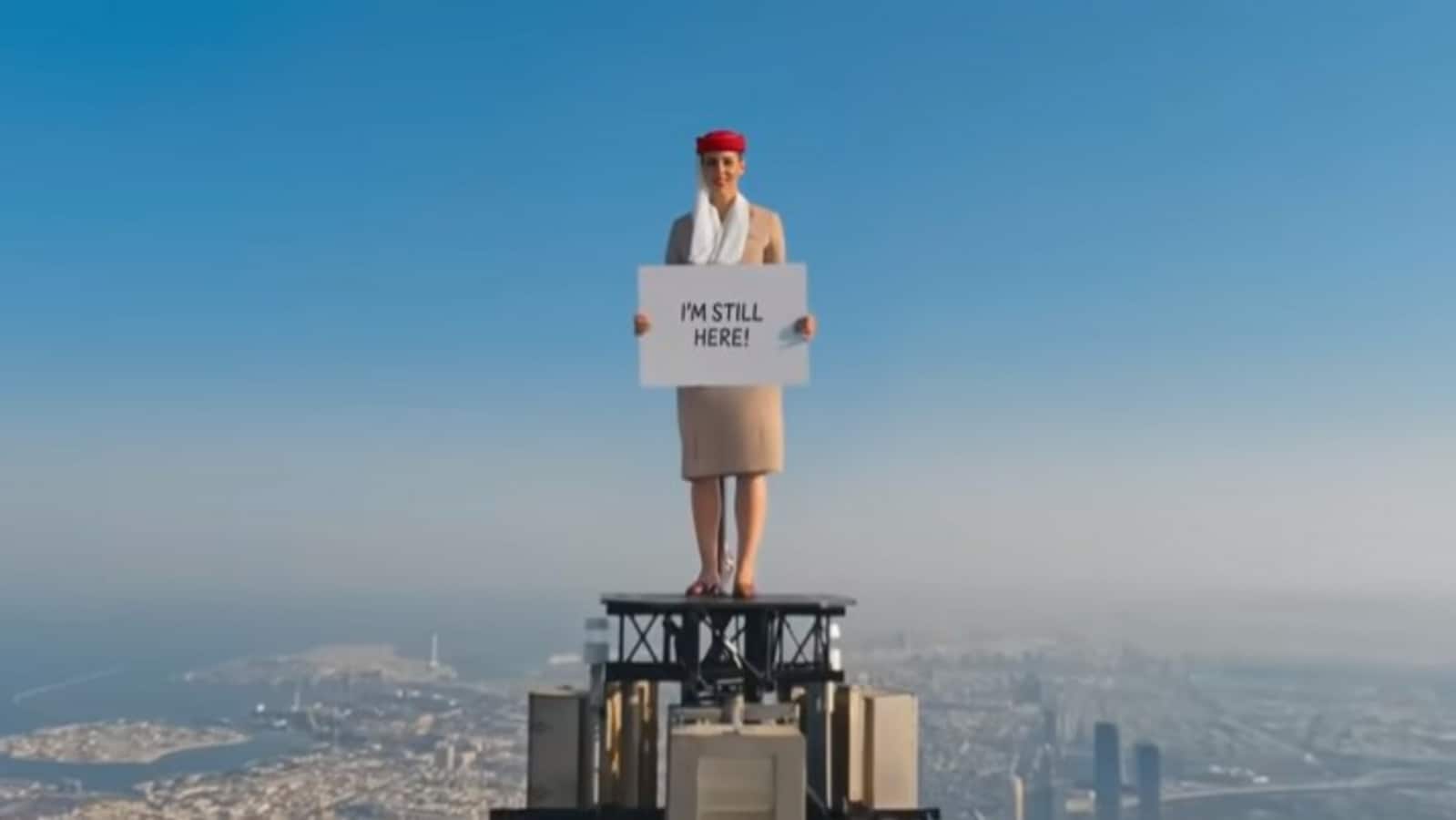 The video of the woman standing atop Burj Khalifa was posted on the official YouTube channel of Emirates.

If you are a regular user of the Internet, chances are you have seen the advertisement by Dubai-based airlines Emirates involving Burj Khalifa that went crazy viral online. The video showcased a woman dressed as Emirates’ flight attendant holding up message boards while standing on top of the building. She is back again in the latest ad by the airlines and this time the video involves a massive A380 plane too.

The airlines took to their official YouTube channel to post the video. “The world’s greatest show brings friends together on top of the world’s tallest building,” they wrote while posting the video.

The clip shows stuntwoman Nicole Smith-Ludvik, dressed in the outfit of Emirates crew, standing atop Burj Khalifa while holding placards. Within a few moments, a huge A380 plane soars in the background. The clip ends with her waving at the flight.

The video has been shared on January 14. Since being posted, the clip has accumulated more than 6.2 lakh views and the numbers are quickly increasing. The share has also prompted people to post varied comments.

“That is one of the best videos I’ve ever seen! Well done!” wrote a YouTube user. “This is the greatest thing I’ve ever seen in the New Year. Hats off to the production team. Nicely done!” expressed another.

“I got goosebumps… Well played Emirates,” commented a third. “Glorious – I’ve watched this many times and shared it, fantastic drone footage, amazing woman (I don’t have that courage!) – great filming and editing plus choice of music. In terms of inspiration, it doesn’t get better than this,” shared a fourth.