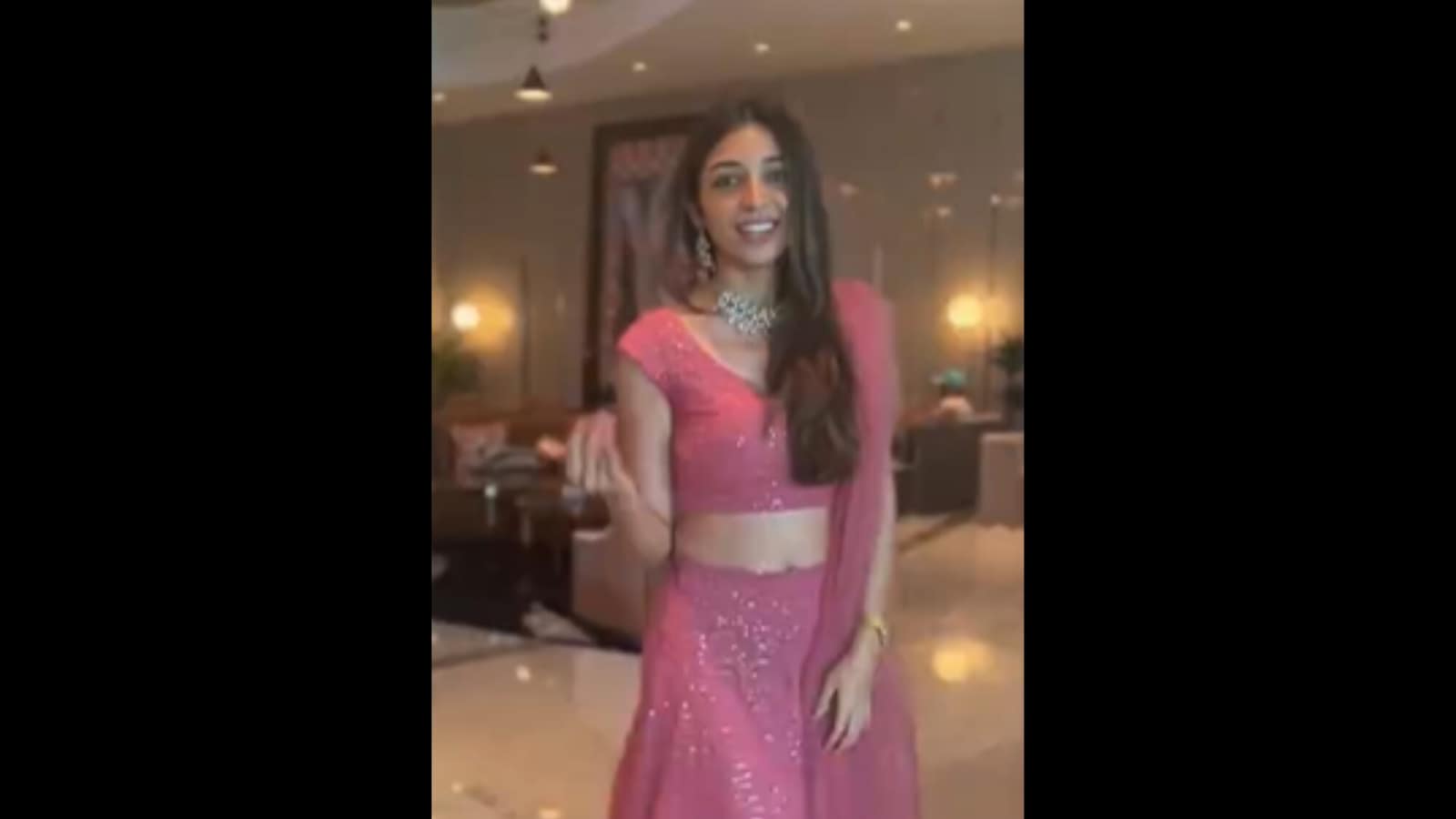 Making a decision over what to wear on a first date may be rather stressful. Although it is generally agreed upon, you should appear well-groomed but also not appear to have put in a lot of effort. This specific woman simply doesn’t believe that being overdressed on a first date exists, as demonstrated by her recent Instagram video that has gone viral. Viewers get to see, as the video progresses, that her date is waiting on a couch at a restaurant. and the woman who is on a date with him walks into the frame in a beautiful pink lehenga. Many people have drawn inspiration from this video, as well as laughed out loud. The man who can be seen in this video is named Obaid Khan.

“Showed up on my first Bumble date with this cutie in my new lehenga,” reads the text insert that has been provided with this video. The video has been shared on Instagram by a digital creator named Sonam Pirani. She has over 38,000 followers on her Instagram page where she mainly posts about fashion and lifestyle. She also lists Dubai, United Arab Emirates, as her residence in the bio on her Instagram account. You might be pleasantly surprised by this particular video that she released, which is a good possibility.

Since being uploaded on Instagram on July 12, the video has gotten more than 3.33 lakh likes.

On Instagram, one person writes, “This one’s for the books.” “I am laughing so hard,” another user adds. A third response reads, “Thanks for the idea!”

Shabir Ahluwalia: Lucky to be in the league of actors who enjoy a loyal fanbase