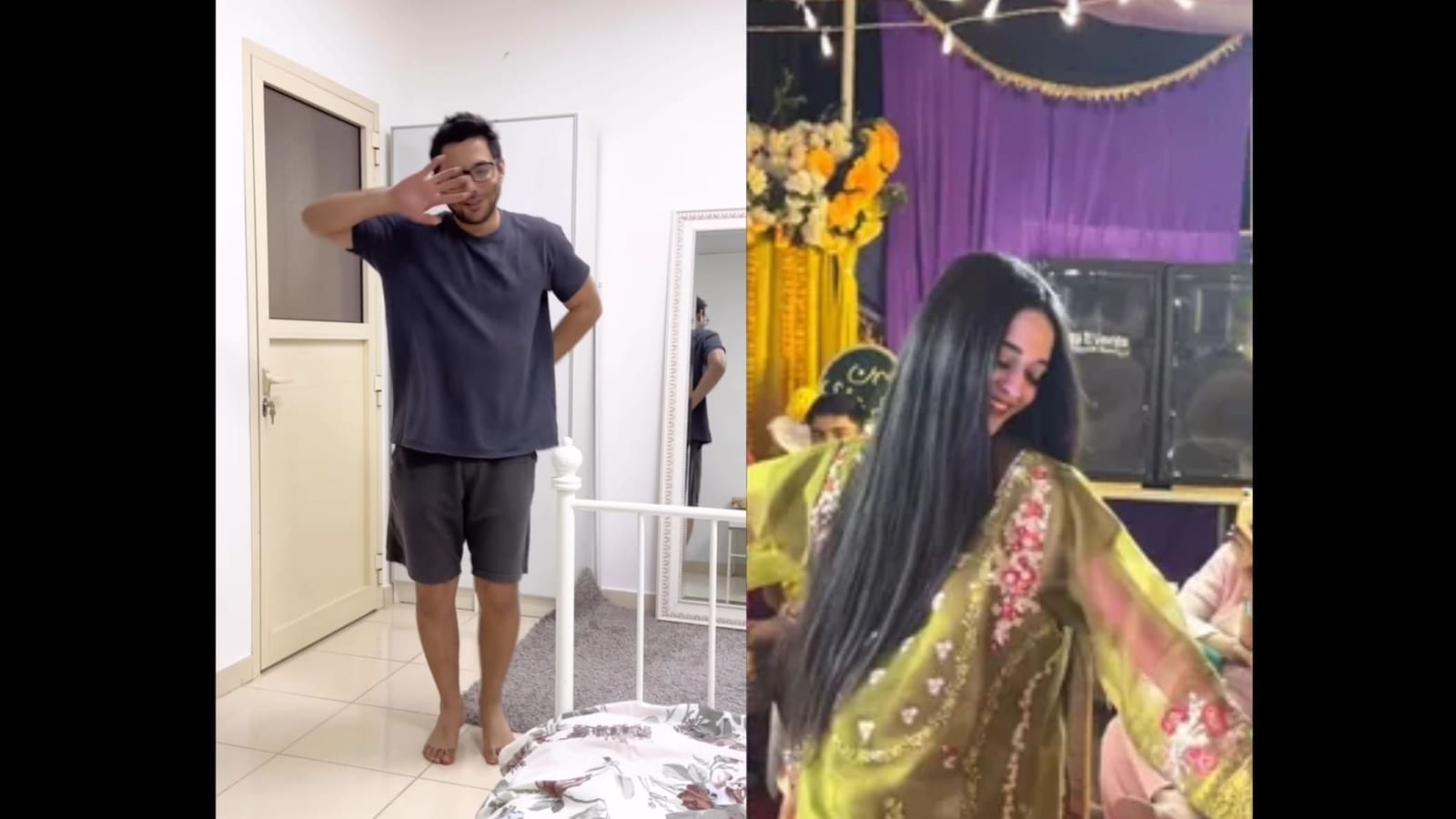 Ever since a Pakistani woman named Ayesha went viral on Instagram for her graceful dance steps on Lata Mangeshkar’s Mera Dil Ye Pukare at a wedding, our feeds have been brimming with clips of people recreating her viral dance. And some even managed to attract millions of eyeballs. Case in point, this man who recreated the viral dance sequence. While many are going gaga over his performance, some pointed out that he hasn’t skipped even a single step.

The video was shared on Instagram by content creator Saher Iftikhar Mansoor. “My crazy brother @arsalanaftabofficial. Might delete this later,” wrote Saher while sharing the video on Instagram. In it, one can see her brother Arsalan Aftab recreating the viral dance steps in shorts and a t-shirt.

Since being shared on November 18, the video has raked up more than 5.2 million views. Many also posted their thoughts in the comments section.

“LOL he picked up on her moves and made them better,” posted an individual with a laughing emoticon. “How many times has he watched her to give this ghazab performance,” commented another. “He didn’t even skip a single step. Ditto,” wrote a third.

Earlier, a video of a man from Mumbai went crazy viral on social media after he recreated the viral dance sequence in a green kurta pyjama.