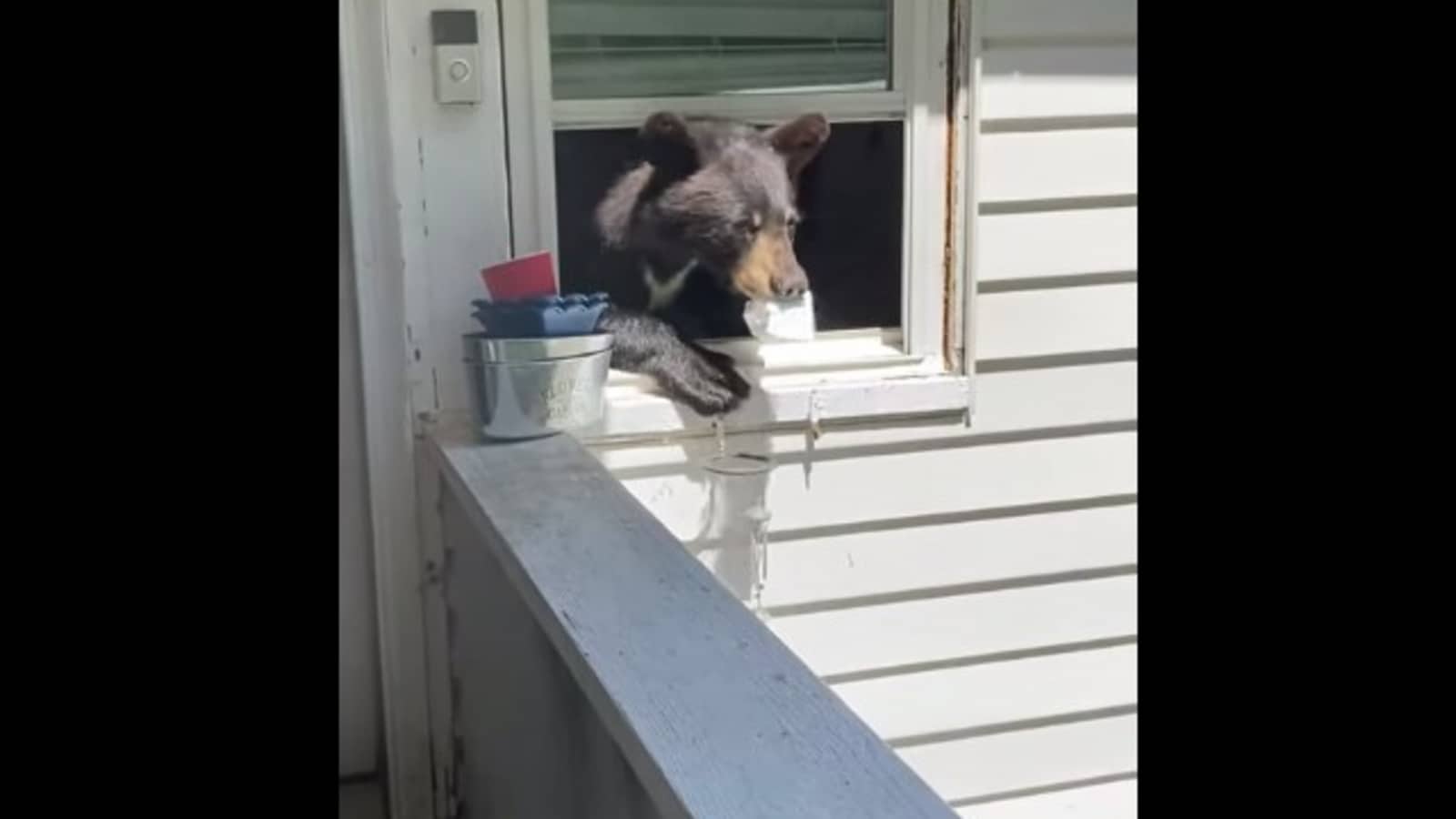 A Facebook user posted the video of the bear that entered her house while she was at work.

The Internet is filled with unusual stories that often leave people stunned. Just like this recent incident in Connecticut where a woman returned from work to find an intruder in her house. It was a bear. She captured a video of the animal inside her home and also posted it online. The clip has now created a buzz online.

Shannon Davis shared the video on her Facebook page and explained the situation in the post’s caption. “Looks like someone moved in while I was a work! Omg…. Watch you will see!!!!. My cat was staring very oddly at the window which made me stop and look before I went to the door….. OMG…Wow!” she wrote.

The video opens to show Davis capturing the video while standing outside her house. Initially, nothing is visible except her house. However, after a few moments, a bear pokes its head out from a window inside the house.

“It was just a weird look on the cat and I didn’t notice the screen was out and I saw a shadow walk by the window,” Davis told WFSB. Soon, after understanding what was happening, she asked a neighbour for help. “He started banging on that door over there. The bear went in my room and climbed out my window,” she added. Davis also explained that the bear finally went out of the back door without causing a lot of damage.

The video has been posted a few days ago. Since being shared, it has accumulated several comments.

“I just watched the whole video. Hope everyone is safe and no damage done,” wrote a Facebook user. “OMG that’s crazy!!” expressed another. “That’s crazy,” expressed a third.