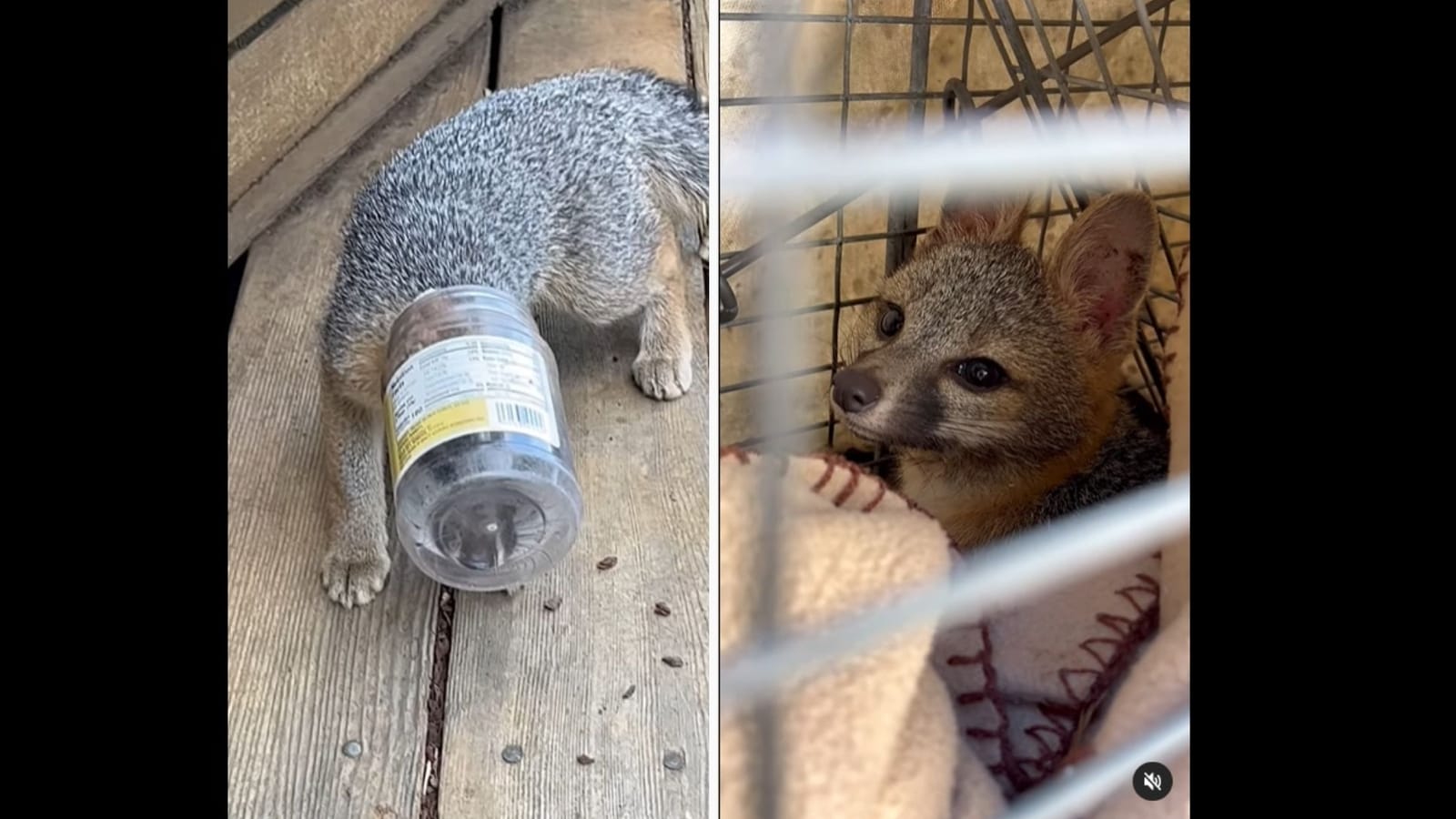 Wild animals sometimes get stuck in sticky situations because of the carelessness of some humans. In a heartening video shared on Instagram, a woman demonstrated how she rescued a baby fox that got its head stuck in a peanut butter jar and couldn’t eat or drink anything for three days.

The video was posted on Instagram by a woman named Jenny Adleman. She explained in the video voiceover that some baby foxes live under her deck and she saw one of them had got his head stuck in a plastic jar. The fox couldn’t get it off so the woman said she ran outside to get it off him. But he was just too fast and slipped into *a*hole. The woman tried for three days to catch the baby fox. She laid out a trap and tried to throw a blanket on him but he was just too fast. Finally, she got a net and caught him on the third day. He didn’t have much longer, she said. Then she let him rest in the cage for six hours and gave him some food. When the woman saw the fox’s mother, she thought it was time to release him. On being released, the fox dashed out of the cage. She says at the end of the video that it is important to remember to close the lids before throwing plastic jars away.

“A peanut butter jar almost killed this baby fox. I spent 3 days trying to capture him since he couldn’t get the jar off himself. I had about 20 failed attempts and it was breaking my heart to see him suffering. Without food and water for 3 full days, I was worried he wouldn’t last much longer. Luckily, I was able to borrow a net on the 3rd day and finally catch him. Please remember to put the lid back on jar before disposing of them in the trash,” she wrote a detailed caption to the video.

Since being posted four days ago, the video has received more than 3.3 million views. It has also received several comments from netizens praising the efforts of the woman to rescue the fox.

“You are an angel,” commented an Instagram user. “He is so so lucky to have had a guardian angel looking over him! You did an incredible job rescuing him and I’m sure your experience and sharing it is going to save many more,” wrote another user. “Oh thank goodness! Well done for being so persistent & caring!!” said a third.

What do you think about this kind gesture of the woman?

Badshah tells Nora Fatehi ‘pocha lagana’ can’t be called a hook step, falls on his back when made to do it on stage