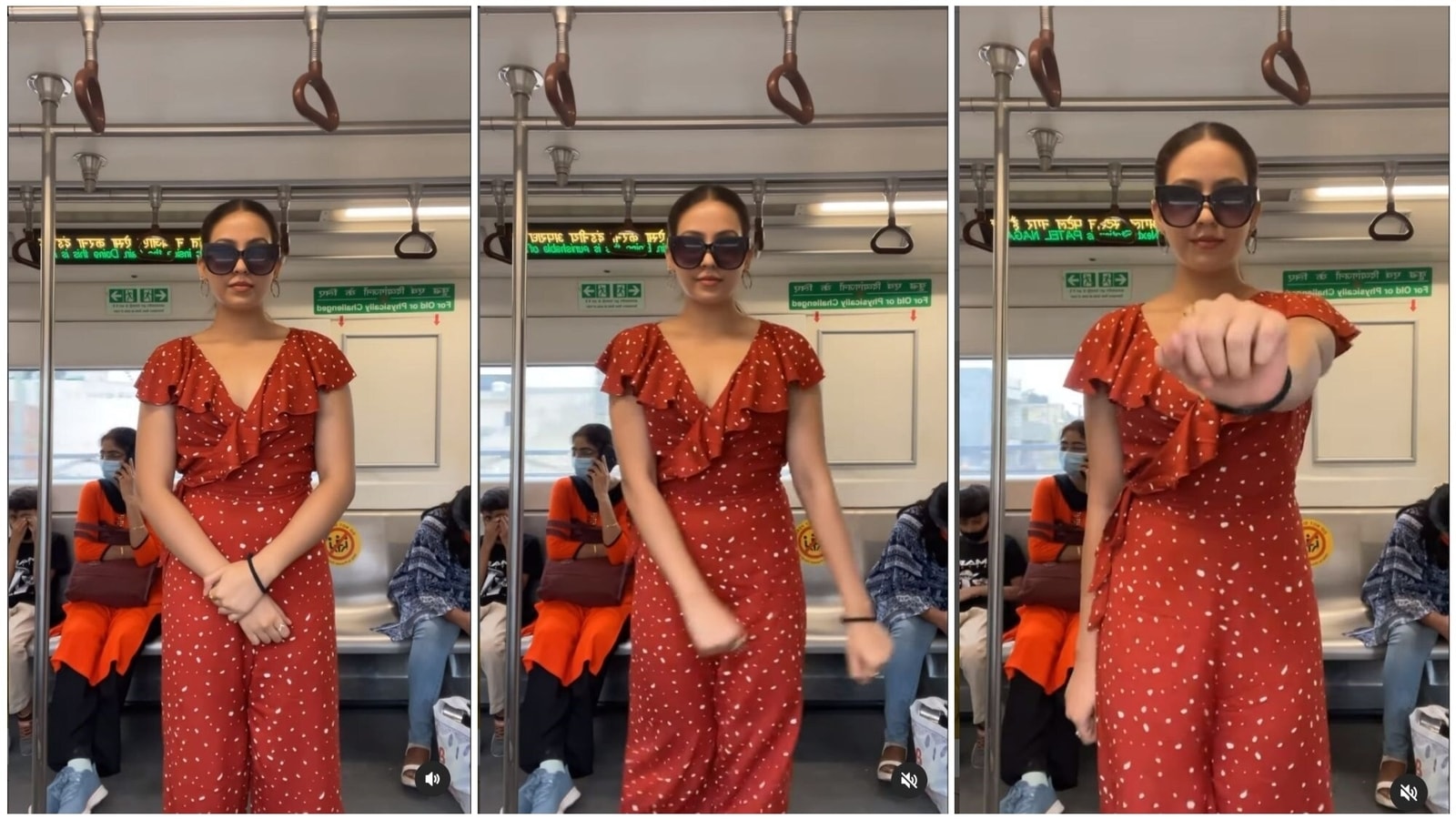 The video of woman performing jiggle jiggle dance trend aboard Delhi metro was posted on Instagram.

Social media trends are hard to miss, especially if they involve dance challenges. And the recent ‘jiggle jiggle’ dance challenge is an example. The trend is gaining traction, so much so, that a woman took it to another level by performing it aboard a Delhi metro.

The video was posted on Instagram by Kashikabassi. Her Instagram bio says she is the ‘Star Miss Teen Capital of India 2021 and Miss Delhi 2021’. It also mentions her as an ‘actress, model, dancer and singer’.

The video, posted a day ago on Instagram, has been viewed more than 337,000 times and has accumulated over 16,300 likes. Several people praised the woman’s confidence.

“Need a lot of courage to dance in a metro,” commented an individual with a heart emoticon. “Confidenceeeeeeee,” wrote another with raising hands emoji. “That’s called Confidence,” expressed a third with clapping emoticons. “Guts Level – Pro Max,” posted another.

What are your views on the video?

How an Amazon Prime membership can save you money on groceries