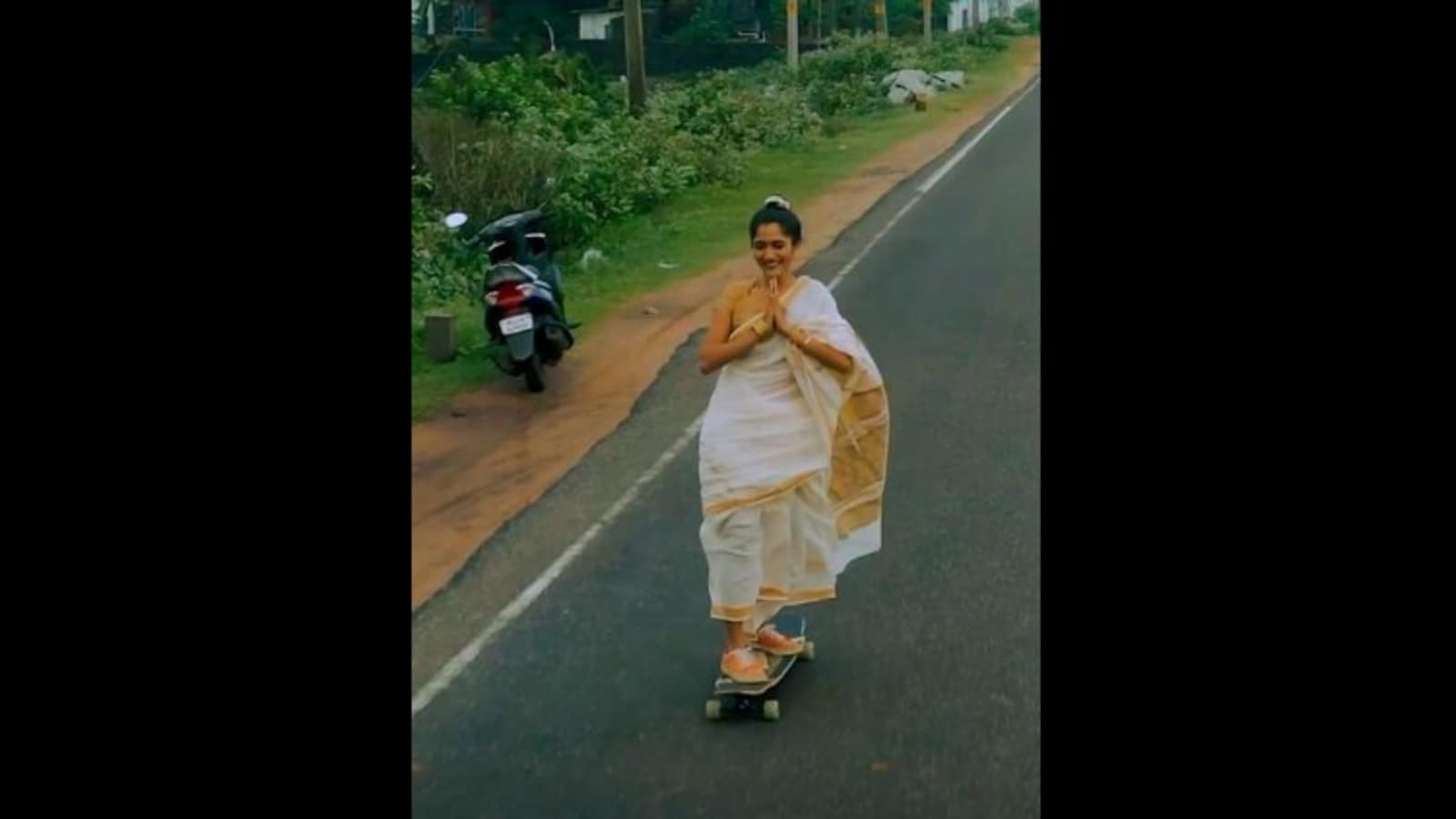 If you are someone who is interested in travel and lifestyle videos on social media, especially on Instagram, then there is a good chance that you have come across the page of Larissa D’Sa. This blogger who has 6.7 lakh dedicated followers on her Instagram page, has recently gone viral again because of a video that she has posted of herself. In the video, she can be seen skateboarding in the Indian state of Kerala while wearing a saree.

The video opens to show Larissa on a skateboard as she glides through the streets of Kerala. The lovely scenery is lined with palm trees and clear landscape that adds to the scenic beauty of it. There are also some aerial shots that are thrown into the mix, making the video even more eye-catching. Its caption reads, “HAD TO DO THIS. I had quite an audience while I did this, some even took selfies hahaha, FUN! I must add, it’s not easy to longboard while you’re wearing a saree.”

The video continues to show how she garnered quite a lot of attention on the streets of Kerala as she skateboarded in a saree, as she did on social media after posting this video. The blogger, Larissa, can be seen all smiles throughout this viral skateboarding video, as she ticked doing this in a saree off her bucket list.

The video has been posted on Instagram four days ago and since then, has garnered several comments from people who couldn’t stop praising her skateboarding skills and brilliant execution. It has also received more than 1.8 lakh views on it so far.

An Instagram user writes, “Damn it, this is so beautiful and heartwarming.” “The lady that glides in a saree and dreams in green fields,” reads another comment from Manjri Varde. A third comment reads, “Damn girl! Always setting new boundaries.”

What are your thoughts on this viral video?