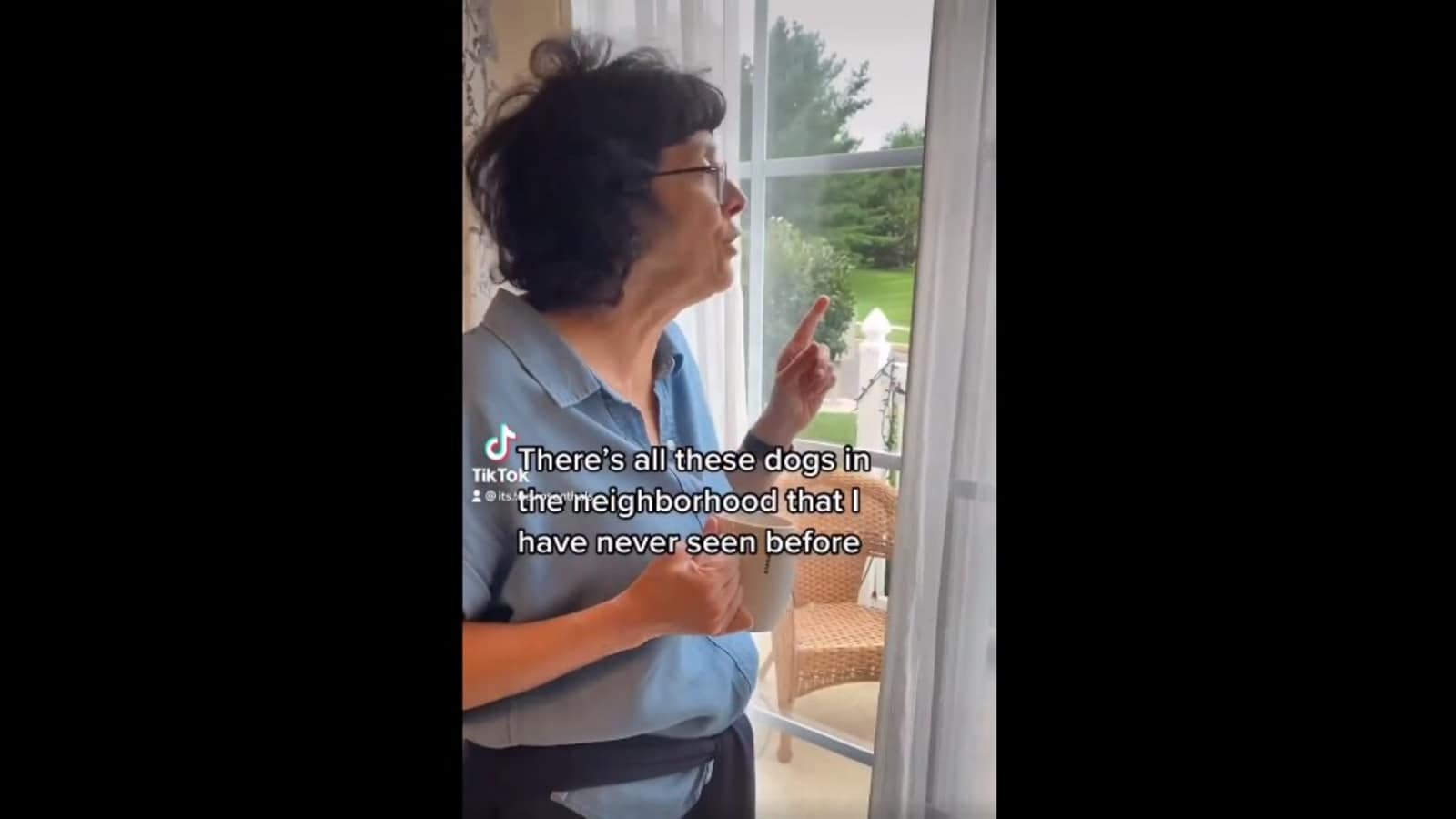 There is a chance that the video of showing the woman getting ‘mad’ about increasing dogs in neighbourhood will leave you with a wide smile.

A video of a woman ‘complaining’ about the increasing dog population in her neighbourhood has now won people’s heart. There is also a chance that the wholesome twist in the clip will leave you with a huge smile too.

Content creator named Robin posted the video on her Instagram page last year. It is creating a buzz amid people after it was posted by another Instagram page recently. “This is relatable, sound on,” they wrote while posting the video.

The video opens to show a woman saying, “There’s all these dogs in the neighbourhood that I have never seen before.” To which, another person asks her “Are you mad about it?”. She promptly replies “Yeah!”. It is the reason that she gives behind her behind anger that has now left people smiling.

We won’t give away everything, so take a look at the video to know what she says:

The video, since being posted about 10 hours ago, has gathered more than 2,100 likes and counting. The share has also prompted people to post varied reactions.

“This is me,” wrote an Instagram user. “Bring on the dogs!!!!” posted another. “Absolutely agree,” expressed a third. “So cute,” commented a fourth.

Spotify might launch a $20 ‘Platinum’ plan with HiFi streaming