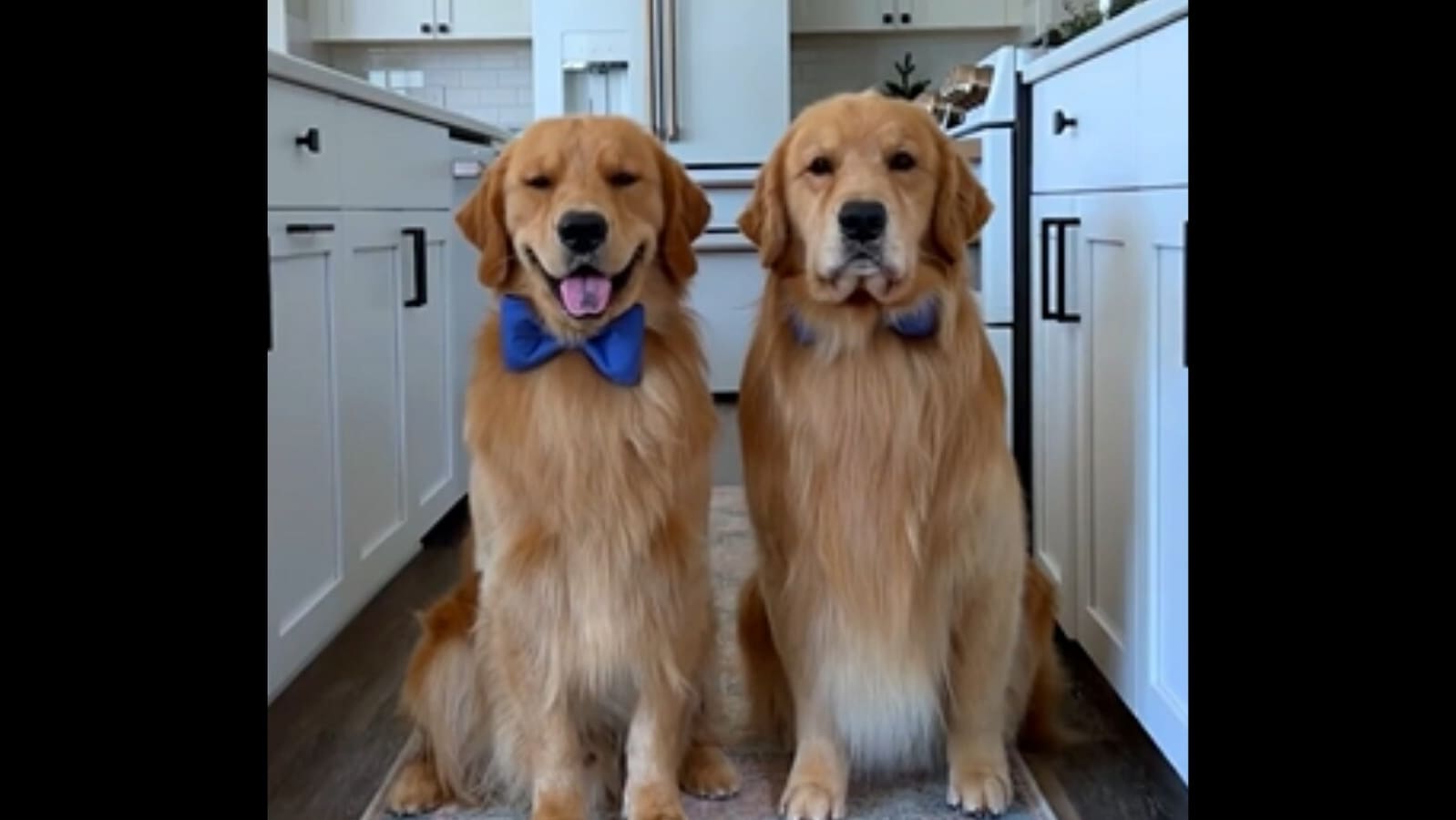 Most of us love watching videos online that showcase dogs, and our joy increases manifold if the videos feature two dogs. Just like this video posted on Instagram that shows two dogs taking part in the ‘Painters Tape Challenge’. The video is equally endearing and hilarious and may make you laugh out loud and go aww at once.

The video was posted on an Instagram page dedicated to a Golden Retriever dog named Tucker. “I didn’t know Todd was a hekkin kangaroo,” reads the caption of the video accompanying a kangaroo emoticon and a hashtag #PaintersTapeChallenge. The video opens with two Golden Retrievers, Todd and Tucker, sitting between the kitchen counters. A woman can be heard saying, “So here’s a deal. In order for you to get this (the screen flashes the treat for dogs), you guys need to go through this (a blue-coloured painter’s tape can be seen).”

To know what happens next, watch the adorable video below:

The video was shared three days ago and has received over 8.4 lakh views. The clip has also received 1.9 lakh likes and varied comments on Instagram from individuals and doggo pages.

“Todd is another level,” read a comment from a doggo page dedicated to a Golden Retriever named Sterling Newton. “Haha I’m watching Todd’s drool,” posted another dedicated to Golden Retrievers named Scout and Archie. “Petition to photoshop Todd into a kangaroo. Sign here,” joked a third dedicated to a Golden Retriever named Lady. “Todd’s lips at the beginning,” pointed out an individual. “Aww the cute boys, I love you guys so much, you always find a way to help me smile. I wish you guys the best!” expressed another. “Todd is beauty, Todd is grace, he will leap right in your face,” joked a third.

What Twitter’s ‘Poison Pill’ Is Supposed to Do