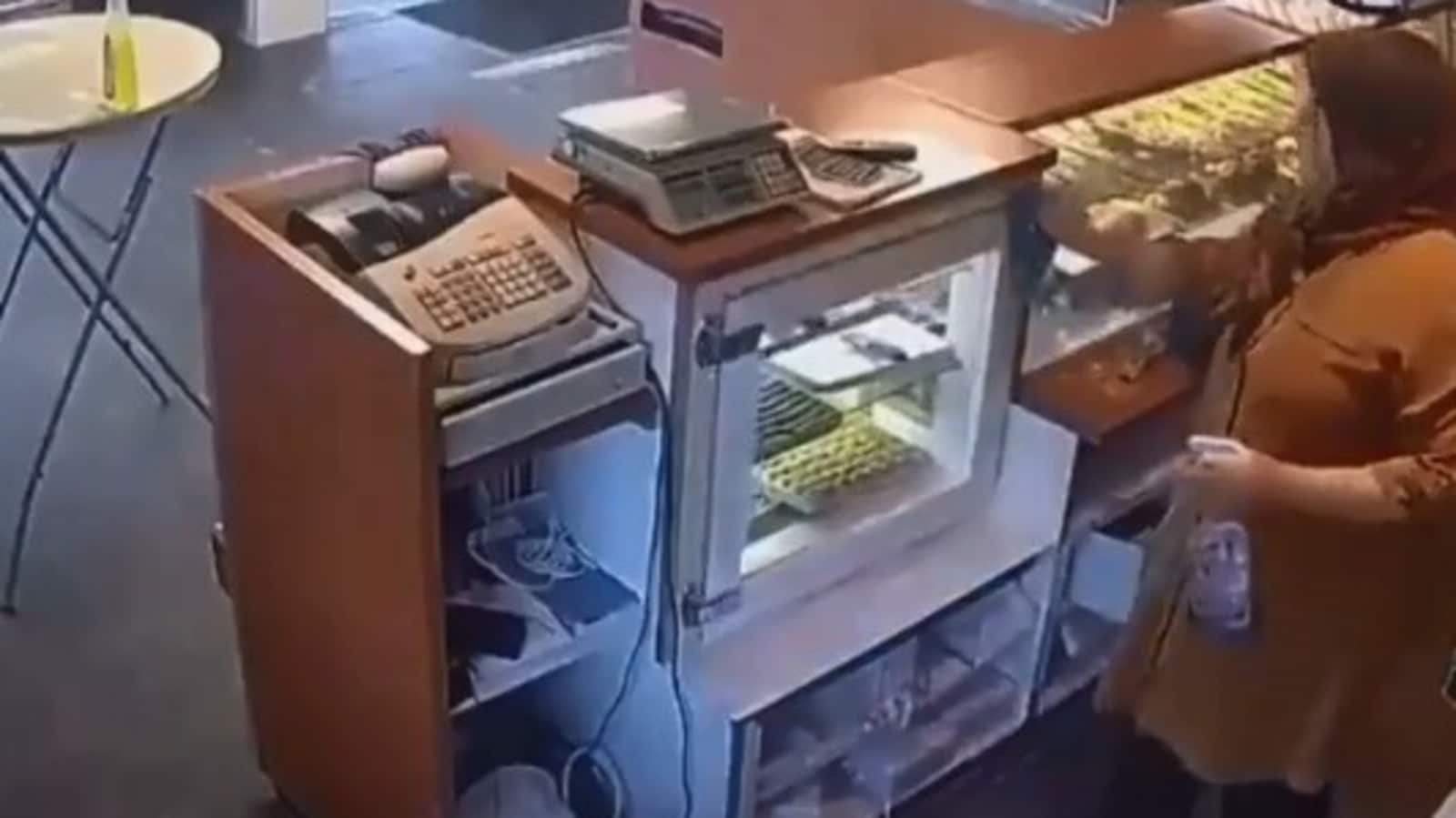 A woman chasing away a thief trying to rob a bakery was recently captured on camera. Since being shared, the video showing her act of bravery has left people stunned. What has intrigued people most is how the woman chased away the man with help of a piece of cloth.

The video opens to show the woman standing behind a counter and cleaning one of the glass showcases in the bakery. Within moments, a man starts peeping inside the store from the entrance. After a few moments, he charges in while holding a weapon and tries taking out money from a cash register. The woman, without getting afraid, confronts the man and chases him away using nothing but a piece of cloth. Towards the end, another customer rushes in to help the woman. The video ends with the thief running away.

“Latife Peker, a Turkish baker in the Netherlands, chased the thief, using a cleaning cloth in self-defense; don’t underestimate the power of cleaning cloth,” reads the caption posted along with the video.

The incident occurred in a bakery called Mevlana Bakery in the Netherlands’ Deventer, reports Daily Sabah. The woman was managing her son’s store when the thief attempted to rob it.

“Someone headed for the cash till. I had a cleaning towel and cleaning spray. When I lunged him with the towel, we started scuffling. At that moment, a customer came in and the thief started running. It happened suddenly. I did not even realize that he had a chopping knife. The death never crossed my mind,” Peker told to Dutch media outlets, reports Daily Sabah.

While talking about the customer who helped Peker, her son Yasir , the co-owner of the bakery, said, “He is the real hero. That man even wanted to pay for his order, but we did not take it and said thank you. Unfortunately, we have no idea who he is. We hope that we can still get in touch with him.”

The video is now being shared by many across different platforms. Take a look:

Latife Peker, a turkish baker in the Netherlands, chased the thief, using a cleaning cloth in self-defense; don’t underestimate the power of cleaning cloth👏 pic.twitter.com/4togC4JH5M

Since being posted on July 22, the video has gathered nearly ,000 views and counting. The share has also prompted people to post various comments. “Don’t panic and grab a towel,” posted a Twitter user. “What a brave woman,” shared another. “And the lady’s bravery is next level. Respect,” expressed a third. “Brave lady,” wrote a fourth.

The 5 biggest announcements from Google I/O 2022

Cat does this when human gets in the shower. Redditors try to decode the reason

Elon Musk slams Twitter for having “bot friendly rules” and not making its stance clear on spambots- Technology News, Firstpost