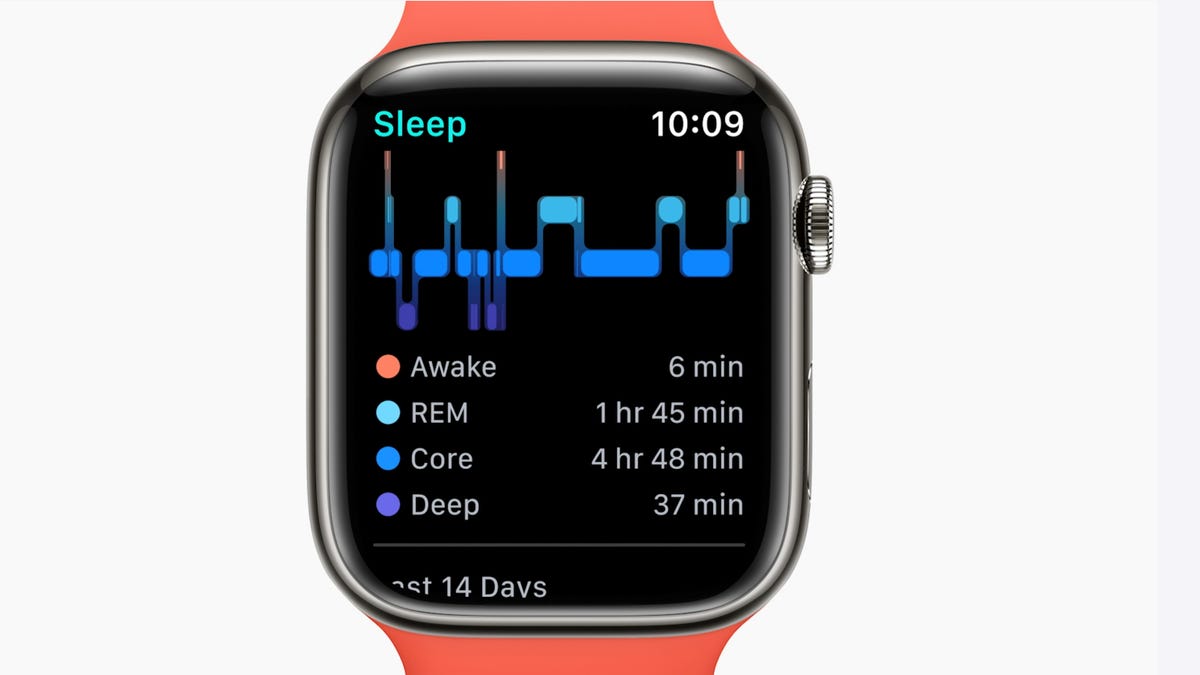 Apple on Monday showed off the upgrades coming to the Apple Watch via watchOS 9, the latest version of its operating system. If there were any question left, it should be clear by now that Apple’s watch isn’t designed to be a fashion accessory or even a fitness tracker with smart features — it’s a serious health device.

The most notable enhancement to come with watchOS 9 is a new AFib History feature, which allows users to track the frequency of AFib over an extended period of time. It also helps them manage lifestyle factors that may influence their condition. Since 2018, the Apple Watch has been able to monitors a user’s heart rhythm to spot signs of Atrial Fibrillation (AFib). Left untreated, AFib is one of the leading conditions that can result in stroke. ZDNet’s Jason Perlow has documented how the capability saved his life.

Competing wearable makers have caught up with Apple, introducing their own AFib detection features, but Apple says its AFib History feature is the first of its kind. Notably, the feature reportedly received clearance from the US Food & Drug Administration (FDA) just hours before it was unveiled at WWDC.

Apple COO Jeff Williams said in a statement Monday that watchOS 9 will “take the Apple Watch experience to the next level with scientifically validated insights across fitness, sleep, and heart health.”

In addition to AFib History, the new features and capabilities in watchOS 9 include sleep tracking, which uses signals from the accelerometer and heart rate sensor to detect when users are in REM, Core or Deep sleep. User sleep data is analyzed with machine learning models that were “trained and validated against the clinical gold standard, polysomnography, with one of the largest and most diverse populations ever studied for a wearable,” Apple says.

Apple, like a number of other technology giants, has been intensely pursuing opportunities in the health sector through various avenues — including consumer devices, as well as partnerships with health care providers, insurers and government entities. In 2020, for instance, the government of Singapore partnered with Apple to offer incentives to citizens who used their Apple Watch to stay healthy.

Back in early 2019, Apple CEO Tim Cook said on CNBC, “If you zoom out into the future, and you look back, and you ask the question, ‘What was Apple’s greatest contribution to mankind?’ It will be about health.”

This past January, when discussing Apple’s Q1 2022 results, Cook emphasized that Apple is still pursuing health sector opportunities, primarily at this point via Apple Watch.

“Nearly every day, I get notes from customers who share how a heart alert led to a life-saving appointment with the cardiologist. And more recently, I’ve been hearing from people who tell me that their Apple Watch saved their lives by calling 911 when they couldn’t,” Cook said. “As I’ve said, we’re still in the early innings with our health work, but every day, I am encouraged by our positive impact.”

It’s no surprise that tech companies have turned their attention to the health sector — the industry is ripe for disruption, and it’s a lucrative business: annual growth in national health spending is expected to average 5.1% over 2021-2030. It’s expected to reach nearly $6.8 trillion by 2030.

Cute kitten learns about static electricity as balloons stick to its fur. Watch

Dipika Chikhlia says she ‘wasn’t drinking alcohol’ after getting trolled for school uniform pic: ‘People see me as Sita’