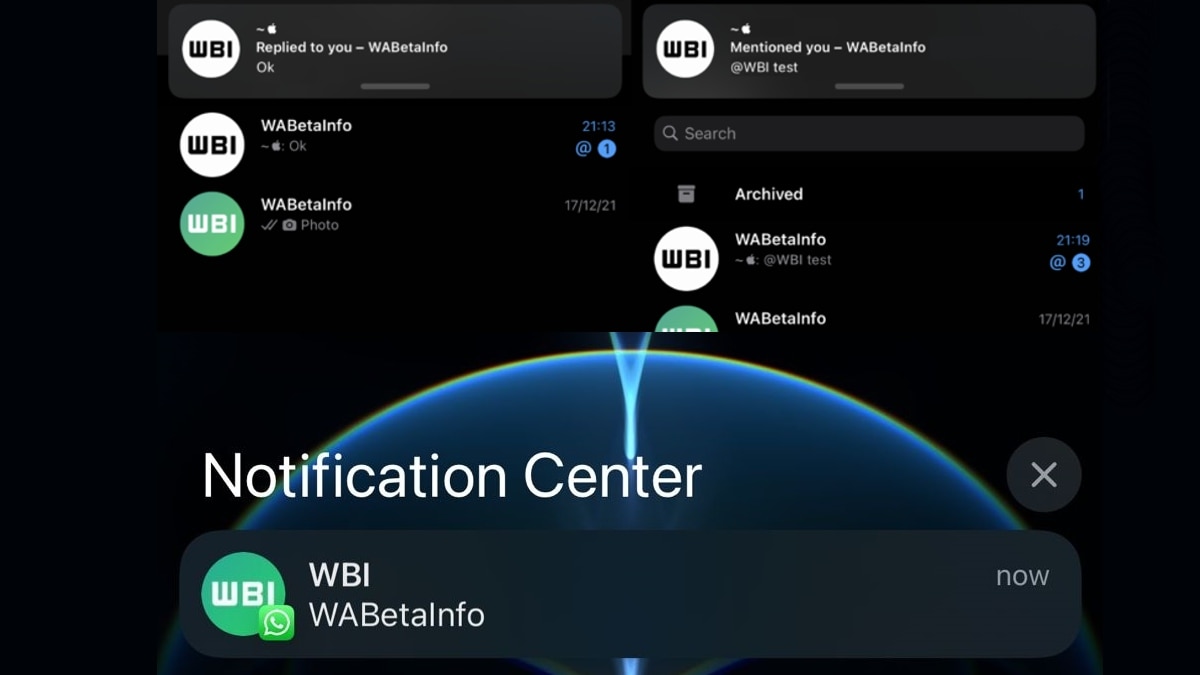 WhatsApp has released two features related to notifications for iOS beta users, as per a report. The first feature will show profile pictures in system notifications, and the second one will show information in notifications when someone mentions or replies to you in a group. Both these features are being rolled out in different updates. The development comes a few days after WhatsApp was tipped to have a redesigned interface in the works for the Contact Info page and spotted developing an ability to let group administrators link their groups to a community on iOS.

While the first feature related to profile photos in notification is being rolled out for people who use at least the 2.22.1.1 beta on iOS 15, the one which displays information about group mentions has been submitted through the TestFlight beta Program in the version 22.1.71, as per WhatsApp features tracker WABetaInfo.

In the 2.22.1.1 beta update, WhatsApp has added support for profile photos in notifications. So, when a user receives messages from chats and groups, they will be able to see the profile photo of the sender in the notification. It is available to a few people, and updates that improve the feature are expected to roll out soon.

The second beta update does something similar. WhatsApp has introduced information in notifications when someone mentions or replies to a user in a group. It is to be noted that the feature isn’t enabled for individual chats. WABetaInfo has shared screenshots of both the features working for iOS devices.

Both these updates follow a previous beta rollout in which WhatsApp was reported to be working on a redesigned interface for the Contact Info page. The refreshed Contact Info page may also have a dedicated search shortcut. It will be limited to iOS users initially and will be rolled out to Android users in the future.

Additionally, the instant messaging app is also said to be working on an option to let users filter nearby businesses when they are accessing the in-app business directory. WhatsApp has also been spotted developing an ability to let group administrators link their groups to a community on iOS.

Excited dog starts running even before being given command to go outside. Watch