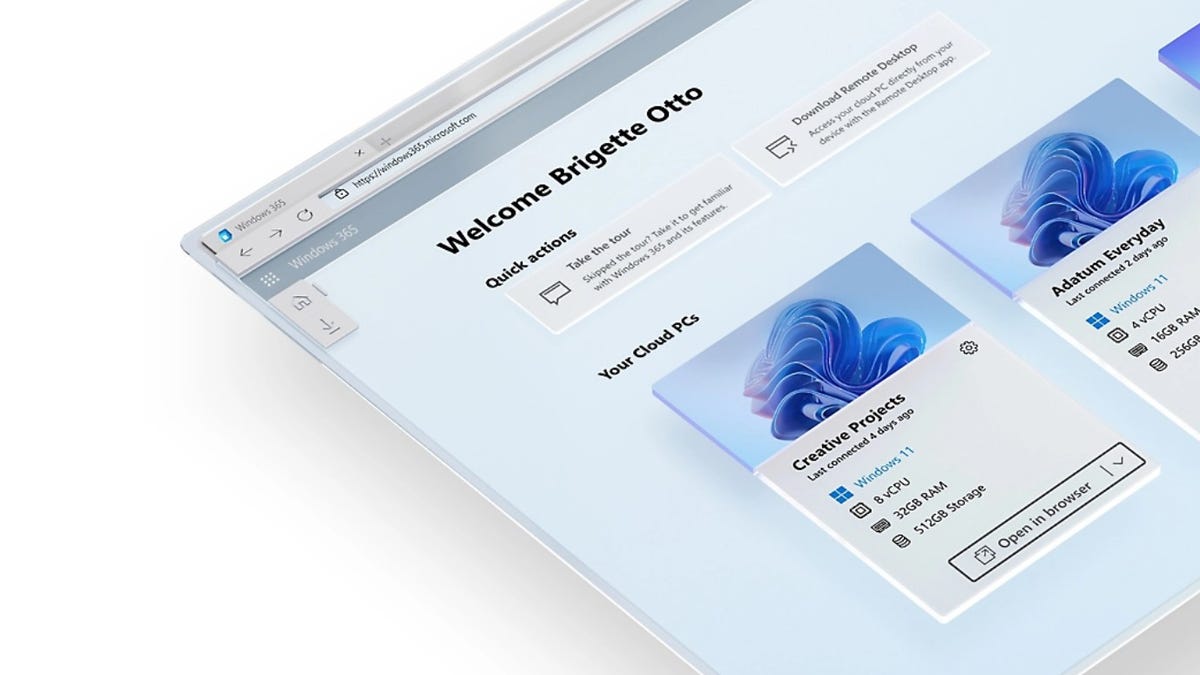 In April this year, Windows officials talked about plans to more tightly integrate Windows 365 and Windows. So far, they’ve delivered on one of their promises: A preview of the Windows 365 app which Windows 11 users can pin to their taskbars and start menus to more easily access their cloud PCs. But Microsoft officials have much bigger plans for Windows 365 and seemingly are counting on it keep Windows relevant, even if the PC industry declines in the coming months and years.

As many users have noticed, Microsoft increasingly has been squeezing ads into everything from the new Windows 11 search box to the Edge browser (and its other apps). So perhaps it’s not too surprising that Microsoft management is pitching Windows as a vehicle for delivering ads — both first-party Microsoft “house” ads and third-party ads, as CEO Satya Nadella himself acknowledged during Microsoft’s Q1 FY’23 earnings call. (Thanks to Paul Thurrott for pointing this out on Windows Weekly last week.)

But there are even more sweeping plans for creating a new Windows business model, as evidenced in several recent job postings for “the newly formed Windows Incubation team” on Microsoft’s career site. That team is looking to tie together Windows and Windows 365 even more tightly by building “a Web-based shell with direct integration with Windows 365.” The end game? Selling thin-client/low-cost devices to businesses and consumers and offsetting costs via ads and subscriptions. From the job post:

“The building blocks we create will chart a new direction for the experience and business model of Windows – from low-cost PCs powered through advertising and subscriptions, to new direct-to-cloud hardware devices across work and life.”

Microsoft made its Windows 365/Cloud PC service (codenamed “Deschutes”) generally available in August 2021. Windows 365 is a cloud-based virtualization service that builds on top of and complements Azure Virtual Desktop. Windows 365 is for business users only at this point and costs anywhere from $20 to $162 per user per month based on cores, RAM and storage. But given the Windows 365 Business SKU can scale down to businesses with only one employee, it’s not too surprising that Microsoft officials already are thinking about how to deliver Windows 365 for consumers.

Meanwhile, Microsoft’s WebXT organization, which includes “several thousand software engineers” working on Bing, Search, Edge, Maps, Ads, News and other products, is forging ahead with its own set of deliverables for consumers and enterprise users both. The team has been doing a lot of work in machine learning, speech, computer vision and natural-language processing, which it has been folding into all of the products mentioned above.

It seems like at least some customers are already wondering aloud if and when Microsoft and other PC makers will build thin-client-type devices meant to be used with Windows 365. Who knows … Maybe there’s a Surface Win365book on the roadmap somewhere?