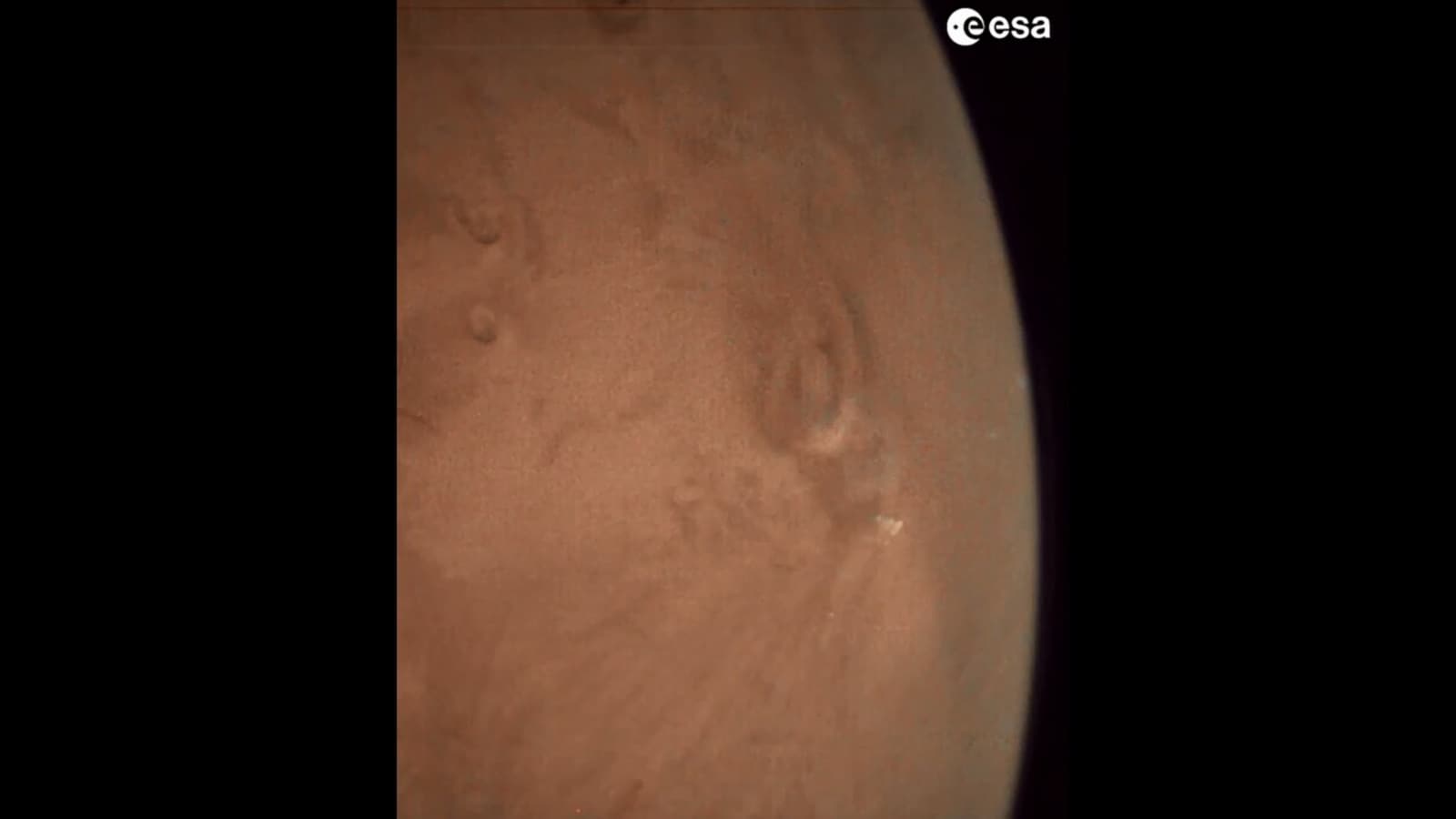 The Instagram page of European Space Agency (ESA) is filled with various images and videos that leave people stunned. Those are the posts that also give people a chance to know more about the world that is beyond our Blue Planet. In their latest share they showed how it would look like during a fly over Red planet and its Olympus Mons. There is a possibility that the share will leave you amazed.

“Meanwhile on Mars…We fly over the Red planet and its Olympus Mons in this series of captures taken by the webcam of our veteran Mars Express starting at an altitude of 1031.50 km and finishing at 3345.28 km above Mars on 4 June 2022 from 23:32 to 23:58 CEST during Mars Express’ orbit number 23275,” they wrote. In the next following line, they also added, “What would you bring with you to the Red Planet?” The post is complete with a video that is a montage of the pictures.

Olympus Mons on the Red Planet is the largest known volcano in the solar system, explains a blog by NASA Jet Propulsion Laboratory. Over 600 kilometers at the base, it is 27 kilometers high and urrounded by a well-defined scarp.

The post, since being shared, two days ago has gathered more than 68,000 views and the numbers are only increasing. The share has also prompted people to post various comments.

What are your thoughts on the post shared by the ESA?

Tigmanshu Dhulia on doing more OTT work: It allows me to work with actors who are hungry, not stars

Yeh Rishta Kya Kehlata Hai written update May 31: Manjari gets anxious about her secret getting revealed

Sonu Sood gifts cycle to young girl to help her go to school, netizens heart it