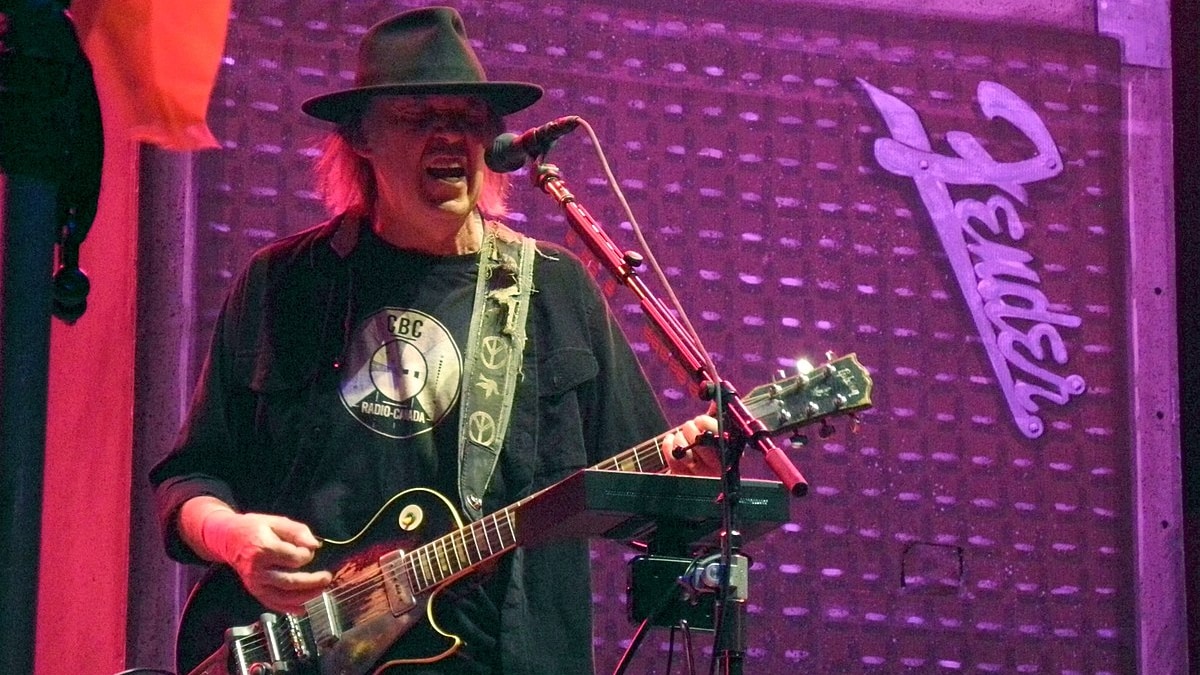 Neil Young vs Joe Rogan seems like the strangest of cultural clashes.

Yet the 76-year-old rock star’s protest over coronavirus-related content on Rogan’s popular Spotify podcast has ignited a hot debate over misinformation and free speech, bruising a streaming service that has become the central way that millions of people around the world experience music.

“Rockin’ in the Free World”? Not on Spotify. Not anymore. Here’s what’s going on.

Why is Young upset?

His protest came after dozens of doctors and scientists wrote an open letter to Spotify, complaining about Rogan’s decision to have a podcast discussion with Dr. Robert Malone, an infectious disease specialist who has been banned from Twitter for spreading misinformation on COVID-19. Malone has become a hero in the anti-vaccination community.

Saying Spotify was complicit in spreading misinformation, Young told the company that it could have his music or Rogan’s podcast — “not both.” Spotify agreed to remove his music from the service.

Is the protest spreading?

Slowly. Joni Mitchell said she was standing in solidarity and also asked for her music to be removed. So did Nils Lofgren, a guitarist who plays in one of Young’s backing bands, Crazy Horse, and also with Bruce Springsteen. Podcaster Brene Brown also said she was halting new podcasts without saying exactly why.

The rock band Belly put the message “Delete Spotify” in the background of its Spotify page, but you could still stream their music. Pulling music off Spotify isn’t necessarily easy — often it’s the record company, not the artist, who controls that.

Spotify dominates the marketplace. It had 31 percent of the 524 million worldwide music stream subscriptions in the second quarter of 2021, more than double that of second-place Apple Music, according to Midia Research. Spotify is not always popular with musicians, many of whom complain that it doesn’t pay them enough for their work.

“Spotify has a huge amount of cultural capital that is itself power,” says Midia Research’s Mark Mulligan. ”And that is what at risk if more artists essentially tried to push their fans to other places.”

While losing Young and Mitchell may be a psychic blow, what would really matter is if a more current artist takes up the cause. Everyone in Spotify’s top 10 list of most-streamed artists, led by Drake’s 44 billion, are from past the turn of the century, with the possible exception of Eminem, who first became popular in 1999.

For those artists, and for Spotify, taking a stand like Young’s would have much more serious financial consequences.

Why choose Rogan over Young?

Music accounts for the vast majority of Spotify’s revenue, but Rogan represents its future.

Spotify reportedly paid more than $100 million (roughly Rs. 750 crore) to license Rogan’s podcast, its most popular. He’s the centerpiece of the company’s strategy to become an audio company rather than just a music company. In the long term, Spotify has more control over potential revenue from podcasts than it does for music, Mulligan says.

The Swedish company is gunning to be the premiere podcasting platform, investing hundreds of millions of dollars since 2019 to buy podcast companies like Gimlet and Anchor, and sign top hosts like Rogan and Dax Shepard.

Spotify was set to overtake Apple last year as the biggest podcast platform in the United States, the world’s largest market, by number of listeners, according to the research firm eMarketer.

Popular podcasters, particularly the outspoken ones, are likely to be watching this protest very closely to see if Spotify will stick up for the right to speak freely.

What is Spotify doing to quiet the protests?

The company announced that it would add a warning before all podcasts that discuss COVID-19, directing listeners to factual information on the pandemic from scientists and public health experts. It did not discuss Rogan specifically.

Spotify has shown more transparency in the past few days than it ever has about how it deals with questionable content, and the new policy is a good first step, says John Wihbey, a Northeastern University professor and specialist in emerging technologies.

Yet it’s not clear that anyone has effectively dealt with the issue of misinformation spread through podcasts, Wihbey says. Will Rogan’s audience actually listen to an advisory and then hunt down other COVID information?

“This could be just window-dressing,” he says.

Rogan spoke publicly for the first time late Sunday, saying he’s sorry his critics feel the way they do, and it wasn’t his intention to upset anyone or spread misinformation. He said he likes to have conversations with people who offer different perspectives, and said that some things once considered misinformation — that cloth masks were not good at protecting against COVID, for example — are now accepted.

But he said he could do a better job having people who dispute controversial opinions like Malone’s on faster so his listeners will hear the different perspective.

The calculus for Spotify can change if the protest snowballs, says Colin Stutz, news director at Billboard magazine. “I think they just ride this out and hope that it goes away,” he said.

Does Rogan need to listen to more music?

Probably. He talked in a video posted on Instagram about how he loved Mitchell’s music. “’Chuck E’s in Love’ is a great song,'” he said.

Whoops. That was Rickie Lee Jones.

To Rogan’s credit, he quickly corrected himself on Twitter.

Neil Young in concerto alla Rockhal, Luxembourg by Gorupdebesanez is licensed under CC BY 3.0

What is a cybersecurity degree? | ZDNet