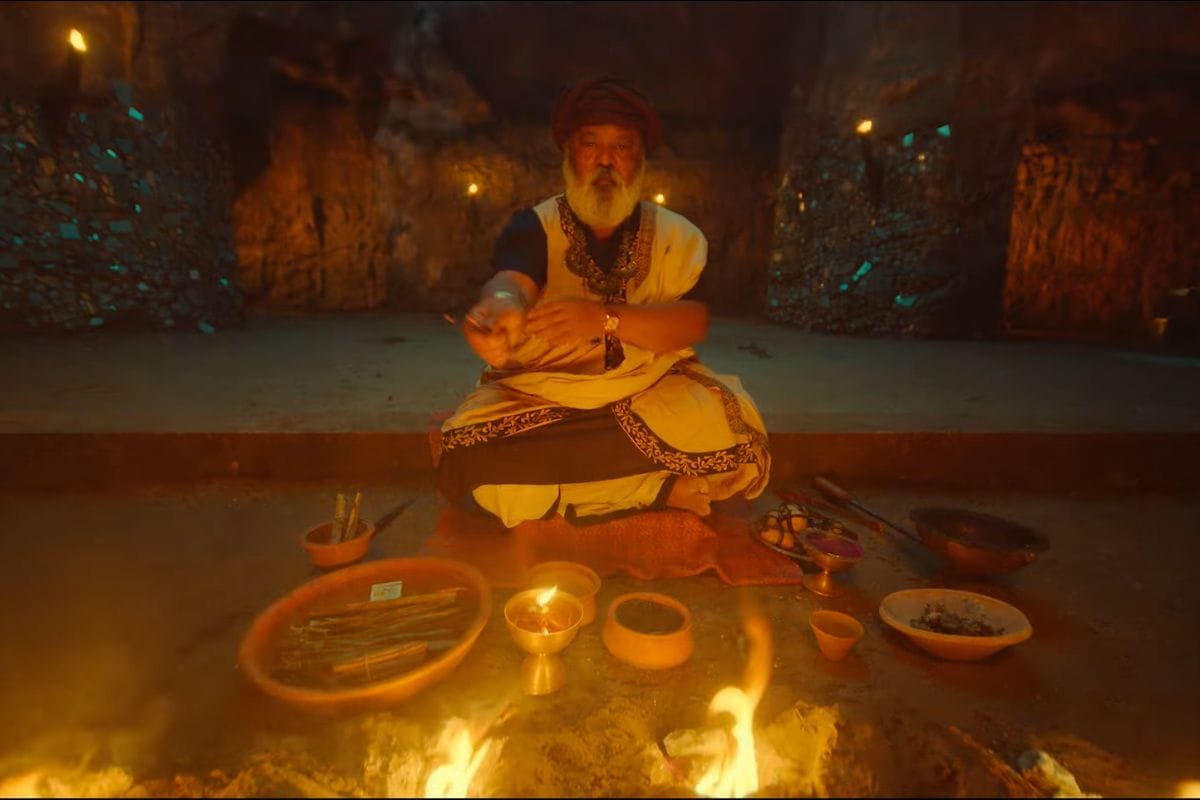 Dahan, a new Hotstar Specials, just got a trailer and release date. Disney+ Hotstar unveiled the trailer from the upcoming Tisca Chopra-led supernatural horror, ahead of its release on September 16. The nine-episode-long series is helmed by Vikranth Pawar, marking his first full-length project since directing a few short films in the past. The series script is penned by a team of three: Nisarg Mehta, Nikhil Nair, and Shiva Bajpai, with the former two collaborating on Disney+ Hotstar’s Collar Bomb, last year.

Set in the fictional town of Shilaspura, the trailer for Dahan opens with a voiceover detailing its haunted past, as the silhouette of a man explores an ancient cave. As stated, centuries ago, the town was cursed by an elusive preacher, whose spirit is still contained within a mound. Such superstitious beliefs plague the village town of Shilaspura, with claims that if the spirit escapes, death and destruction are bound to ensue. Cut to the present, you have a rationally-minded district magistrate, played by Chopra, who intends to mine the rare minerals surrounding the mound.

Tensions rise, as the villagers warn her about the dangers — even bringing a new preacher (Saurabh Shukla) as an advisor. As such, the officer and her team proceed with the mining process, thereby releasing the spirit into the wild. What ensues next is a series of bloodied events, as citizens either get killed or possessed — almost zombie-like. Other mysterious occurrences include random bursts of rainfall, birds falling out of the sky, and dead fish floating atop the local river. The Dahan trailer concludes with a series of exorcisms and holy chants, as the locals start rioting amongst themselves.

“What I love most about Dahan – Raakan ka Rahasya is how it captures raw fear as each character faces their own demons. Avani Raut, my character, fights personal and professional battles when she is caught in the crossfire of superstition and the supernatural and resin and practicality on the other,” Chopra said in a prepared statement.

Dahan will be available for streaming exclusively on Disney+ Hotstar, starting September 16.

Elon Musk’s ‘Twitter friend’ finally gets to meet him in person, shares pic

Debina Bonnerjee does headstand in third trimester as Gurmeet Choudhary watches, Ruslaan Mumtaz says ‘you are so fit’