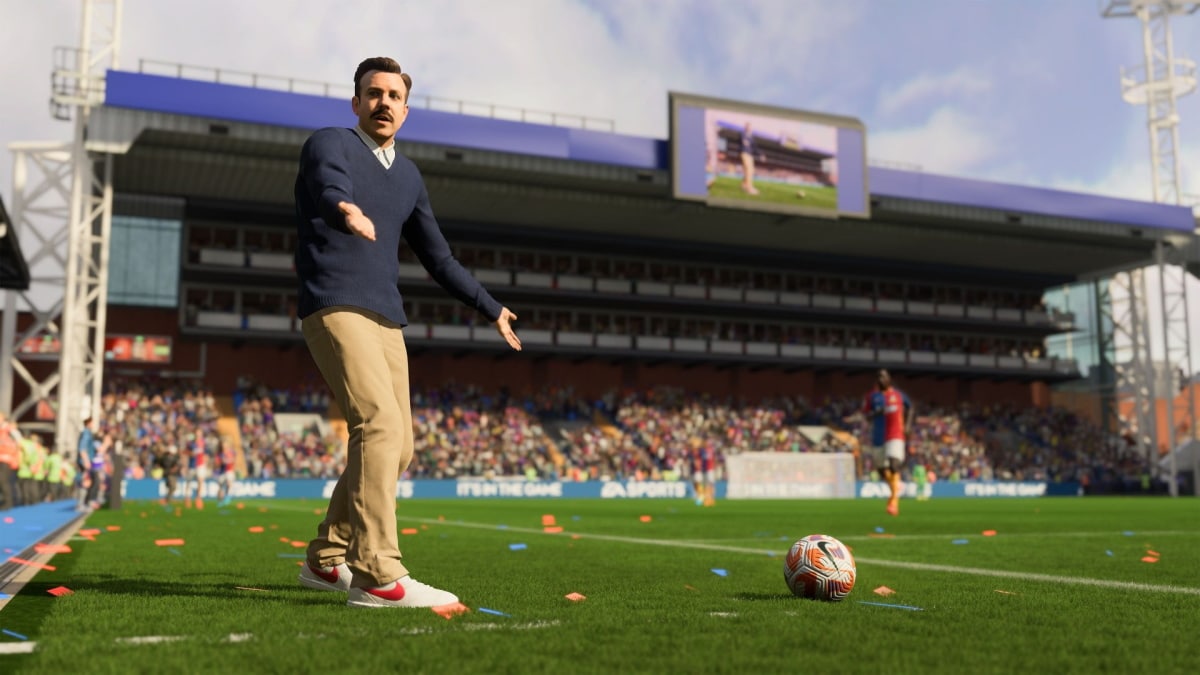 Ted Lasso has officially joined FIFA 23. In a collaboration between EA Sports and the Emmy-winning Apple TV+ show, the studio has dropped a trailer, featuring an in-game, CGI representation of lead actor Jason Sudeikis, as the titular football coach. The crossover also ropes in the fictional club AFC Richmond, alongside The Greyhounds’ Nelson Road home stadium. The news follows a series of leaked screenshots hinting the club’s inclusion in the upcoming football simulation game. FIFA 23 drops on all major platforms including PS5, PS4, Xbox Series S/X, Xbox One, and PC.

The official Twitter account for Ted Lasso teased late Tuesday that Sudeikis will be included in FIFA 23. For the uninitiated, Ted Lasso is a sports comedy series, that follows an American college football trainer, who gets hired to coach a second-tier English football team, AFC Richmond. His arrival to the country is met with scepticism, albeit Major League Soccer (MLS) coaches, such as Wayne Rooney have faith in him — as depicted in the trailer. The winner of four Emmy awards this year is now set to make an appearance in the game, with its lead characters.

Ted Lasso will be included as a usable manager in FIFA 23’s Career mode, while his club AFC Richmond can be picked for Career Mode, Kick-off, Online Friendlies, and Online Seasons. While the series allocates the team to the English Championship — and then Premier League in season 2 — AFC Richmond will instead be seen in the Rest of the World section. As per the EA Sports blog post, the crossover would also bring the biggest stars from the squad, including Jamie Tartt (Phil Dunster), Dani Rojas (Cristo Fernández), Sam Obisanya (Toheeb Jimoh), Isaac McAdoo (Kola Bokinni), and the loudmouth captain Roy Kent (Brett Goldstein). Currently, there is no word on their in-game ratings.

In FIFA 23 Ultimate Team, fans will be able to show their love for AFC Richmond through customisation items, including authentic kits and TIFOs. Not to mention, Lasso or Coach Beard can be picked as your club’s manager, which goes in line with the game’s latest feature, letting you pick world-famous manager models, built keeping their likeness in mind. Details are scarce, but EA Sports notes that all AFC Richmond content in FUT will be available through “objectives and challenges.”

Twitter to Comply With EU Sanctions on Russian State Media

Moon Knight Episode 6 Recap: And Then There Were Three