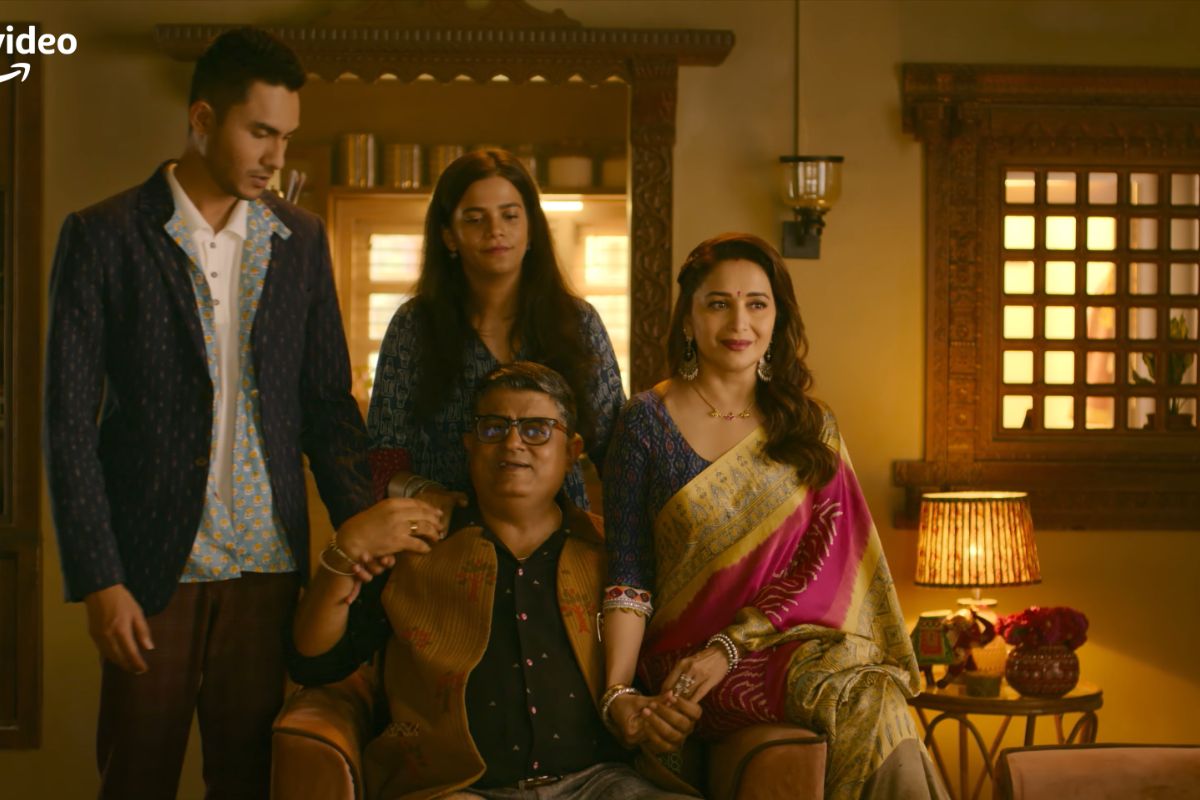 Set in the city of Baroda, the Maja Ma trailer begins with a voiceover by Tejas (Bhomwik), a “regular guy,” as he introduces his family. First comes the clumsy father — played by Rao (Ray) — who can’t speak English, while his sister (Shrivastava), is notorious for being ill-mannered. “But my mom… she is absolutely perfect!” he notes, as we see Pallavi (Dixit) participating in and teaching Garba to the local housewives. As fate would have it, Tejas falls in love with a rich, NRI girl (Barka Singh), but is hesitant to ask for her hand in marriage since his family is poor. “Mom, they have a swimming pool bigger than our house,” he tells the concerned mother.

Despite the setback, the family proceeds with the plan, and invites the girl’s parents from abroad for initial introductions. Sporting a peculiar American accent, the in-law’s father (Rajit Kapur) is completely smitten upon seeing Pallavi, and agrees to the engagement just so he could continue seeing her. As both parties prepare to celebrate, the Maja Ma trailer switches to a dark tone, with Pallavi’s long-standing reputation on the line. An unspecified video has surfaced online, causing turmoil amongst the family, and disrupting her son’s marriage plans. “If this news reaches America, then that’s going to be the end of my political career,” says the in-law’s father, preparing to cancel the engagement.

Pallavi’s history is the crux of the story, as she prepares to contest societal norms, and establish her own identity — besides the devout housewife tag that’s been imposed upon her by neighbours. The Maja Ma trailer never specifies what the rumour is, but some sexual implication is present. “Even ladies have such dirty thoughts,” says Tejas’ clueless father, who is met with a clap-back response. The rest of the Maja Ma trailer shows brief glimpses of the mother’s struggle to correct her image, whilst battling her family’s ignorance. “Apart from being your mother, someone’s wife, someone’s daughter, I also have an identity,” Pallavi says in the end.

Rahul Dev says he did Bigg Boss 10 as he had no work: ‘Itna kaam karne ke baad bhi…’