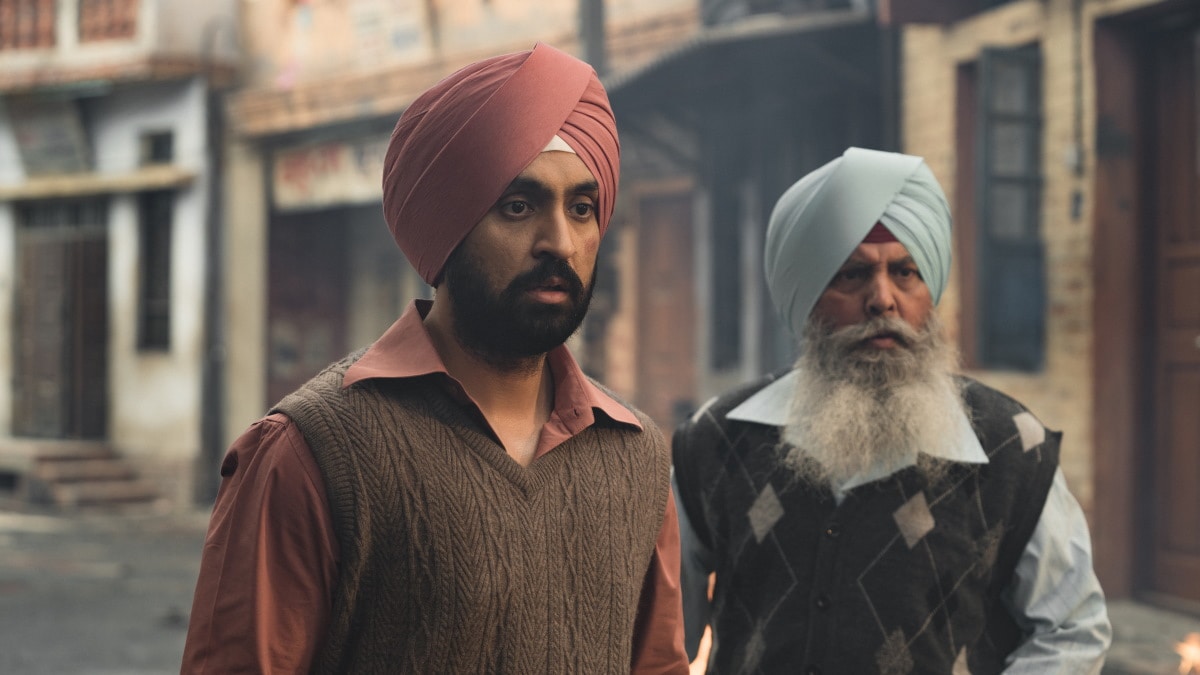 Jogi official trailer is out now. Netflix has released some new footage for the upcoming Diljit Dosanjh-led social issue drama, ahead of its premiere on September 16. Directed by Ali Abbas Zafar (Sultan), the film centres around a “resilient friendship and courage” during the 1984 anti-Sikh riots in Delhi. Zafar co-wrote the script with Sukhmani Sadana, who previously penned Rocketry: The Nambi Effect. The trailer was first screened on Monday, at an event in Mumbai, before hitting YouTube and online platforms.

The two-minute-long trailer for Jogi takes us on a roller coaster ride — from healthy family relationships to glimpses of romance, and then the dreaded riots. Dosanjh plays the titular Jogi, a Punjabi college student residing in Delhi, who has his whole life ahead of him. A phone call cuts the pleasant tone of the Jogi trailer, as an unnamed politician (Kumud Mishra) orders the list of names from the voting list. This of course refers to all Sikh residents in Delhi.

For the uninitiated, the 1984 anti-Sikh protests in Delhi were set off due to former India Prime Minister Indira Gandhi’s assassination by her Sikh bodyguards. This upset the locals, leading to a nationwide massacre, with around 2,800 dead Sikhs in Delhi alone. The Dosanjh-led Jogi dramatises the said events from the perspective of an innocent Punjabi family, as they overcome hardships and discrimination through no fault of their own. The trailer shows a group of men running amok with flaming torches, setting fire to all Sikh households and property. There is also a brief glimpse of Jogi getting beat up on a public bus — “You have wronged us by being a Sikh!” one of the attackers yells.

As the whole of Delhi begins to burn, Jogi takes it upon himself to protect his family and escort them back to Punjab, the safest place under the circumstances. But Jogi remains adamant and decides to continue living amongst the riots, even cutting off his hair to blend in with those hunting his kind. “I didn’t have a choice, Mom,” he says to a heartbroken mother. Teaming up with two friends, — played by Mohd. Zeeshan Ayyub and Hiten Tejwani — Jogi prepares for the biggest human heist, travelling all the way from Delhi to Mohali, Punjab, in cramped-up trucks.

“Jogi is a tale about friendship, hope, courage, and brotherhood and delves into the intricacy and vulnerabilities of human relationships. Shooting with the cast and crew of Jogi has been an absolute high point for me, and we are thrilled to be finally presenting our passion project on screen,” said Zafar, director and producer, Jogi. The Netflix film also stars Amyra Dastur as the romantic interest and Paresh Pahuja (Tandav).

Anupamaa stuns in black saree for date with Anuj, Rupali Ganguly’s fans are getting goosebumps: ‘Did he just hold her?’