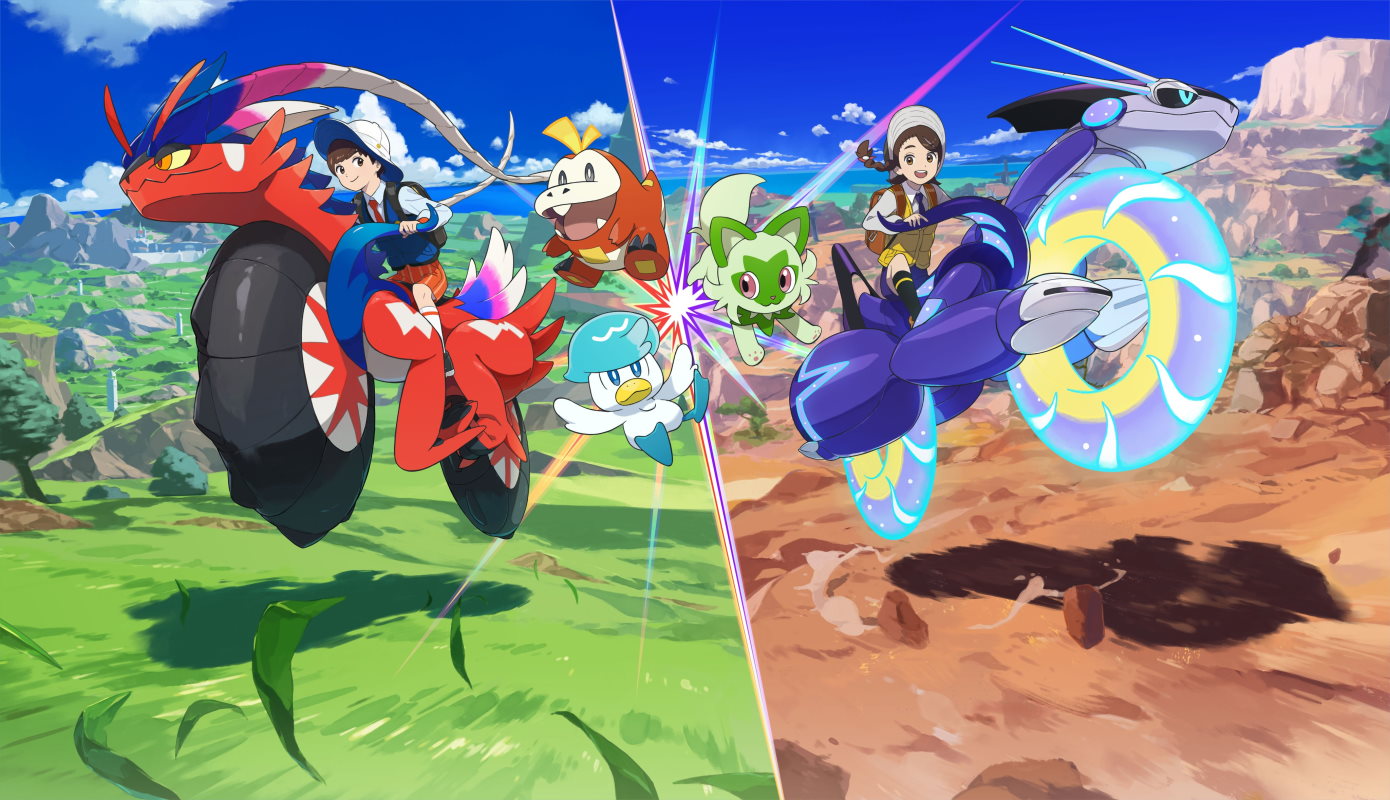 Pokémon Scarlet & Violet will feature three unique campaign modes and rideable Legendaries. Developer Game Freak confirmed during a Pokémon Presents broadcast on Wednesday that the standard gym-centric story mode can be tackled in any order. Players have no linear path in terms of gym battles, and can challenge anyone from the 8 new leaders present in-game. The other two campaign modes are being kept under wraps for now. Pokémon Scarlet and Violet launches exclusively on the Nintendo Switch on November 18.

Set in the gorgeous open-world plains of Paldea, players will enrol their characters in a school, as they partake in a treasure hunt, exploring the abundant nature, and interacting with countless characters. Pokémon Scarlet and Violet, much like their predecessors, follows the general norm of monster hunting, with the exception of the story mode, which is divided into three parts, allowing for ample freedom in exploration.

As revealed in the trailer, the latest entry includes two new legendary monsters: Koraidon and Miraidon. Both Pokémon are being turned into mounts — or rather living bikes — allowing for fast traversal across the new Paldea region. Furthermore, they can morph into a motorboat for sailing across the ocean or deploy wings when taking to the skies. Terrain should not pose an issue either, as both monsters seem adept at climbing up cliffs, thereby saving time during exploration.

Unlike others in the series, Pokémon Scarlet and Violet might be the first entry to grant early access to legendaries, which is something to look forward to. This is in addition to the new starter Pokémon: Sprigatito – the grass cat, Quaxly – the water duckling, and Fuecoco – the fire croc, who honestly looks like a reskin of Totodile.

Game Freak also revealed Grusha, Glaseado’s Gym Leader, who specialises in ice-type Pokémon. The official blurb reveals him to be an ex-professional snowboarder with a cool temperament who gets heated in times of battle. Ice-type trainers have been reserved for the later stages in most iterations, but this time, players looking for a challenge could walk up to him early in the game.

Pokémon Scarlet and Violet also bring an all-new coop mode. Using the Nintendo Switch’s local wireless system, players can connect with friends or randoms online to participate in Tera Raid battles and 1v1s. Additionally, with the new Union Circle feature, players can team up with 3 others to adventure together in the same world.

Pokémon Scarlet and Violet is scheduled to release on the Nintendo Switch on November 18.