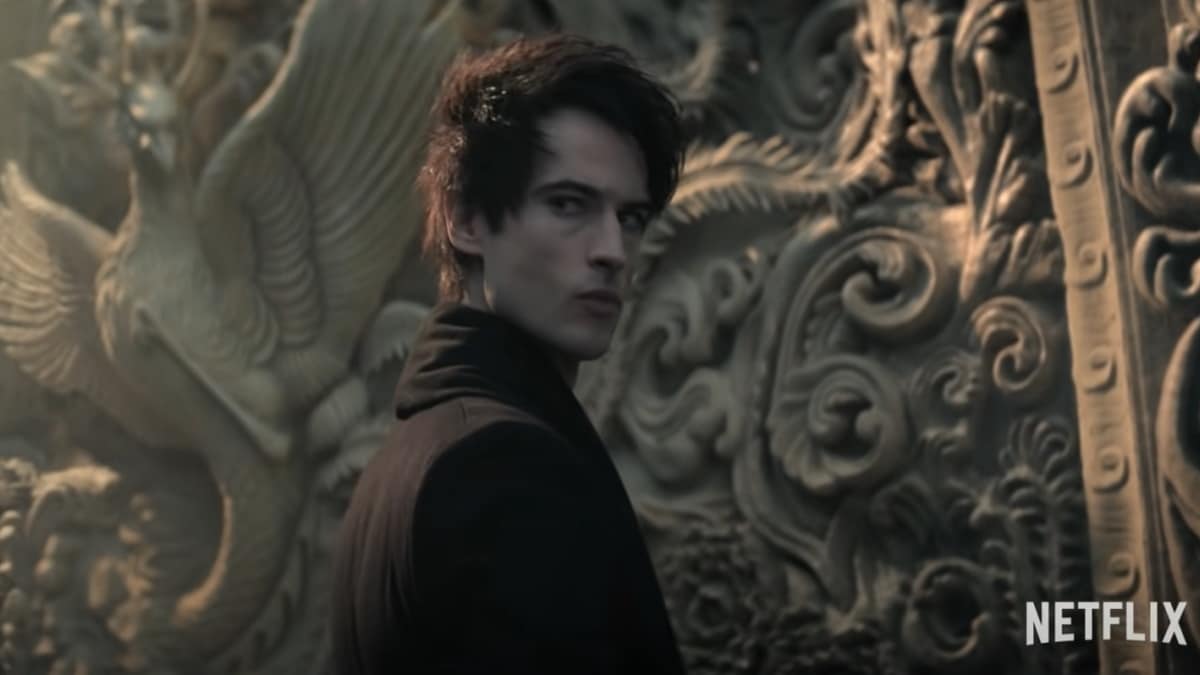 The Sandman trailer and release date are out. Netflix has unveiled a one-minute 41-second teaser trailer for The Sandman, its live-action series adaptation of Neil Gaiman’s popular fantasy comic book of the same name, to pique the curiosity of fans and announce that it will release August 5 on the streaming platform. The Sandman trailer begins with an ominous shot in which we see an imposing character standing with his back to us. While The Sandman teaser trailer does not reveal much about his background, it features glimpses of him escaping captivity. The Sandman teaser ends with a series of compelling and unnerving visuals, which build an aura around the protagonist.

Headlined by Tom Sturridge as the ruler of The Dreaming Morpheus/ Dream, The Sandman cast includes Gwendoline Christie as Lucifer, Mason Alexander Park as his sibling and rival Desire, Kirby Howell-Baptiste as his sister Death, and Boyd Holbrook as the nightmare who escaped The Dreaming Corinthian. The Sandman’s take on the “Ruler of Hell’ is quite different from the one presented in the Tom Ellis-led urban fantasy series Lucifer, which emerged as a fan favourite after its debut in 2016.

The Sandman comic series, which was first published in 1989, became quite popular in the 1990s because of its dark and inherently eerie narrative. It was ranked No. 46 in Entertainment Weekly’s “100 best reads from 1983 to 2008,”. So, will the live-action The Sandman series do justice to the critically-acclaimed source material?

We’ll find out when all 10 episodes from The Sandman release August 5 on Netflix. Gaiman, David S. Goyer, and Allan Heinberg serve as the executive producers on the series.

Little kids help their neighbourhood friend learn how to ride a bicycle. Watch