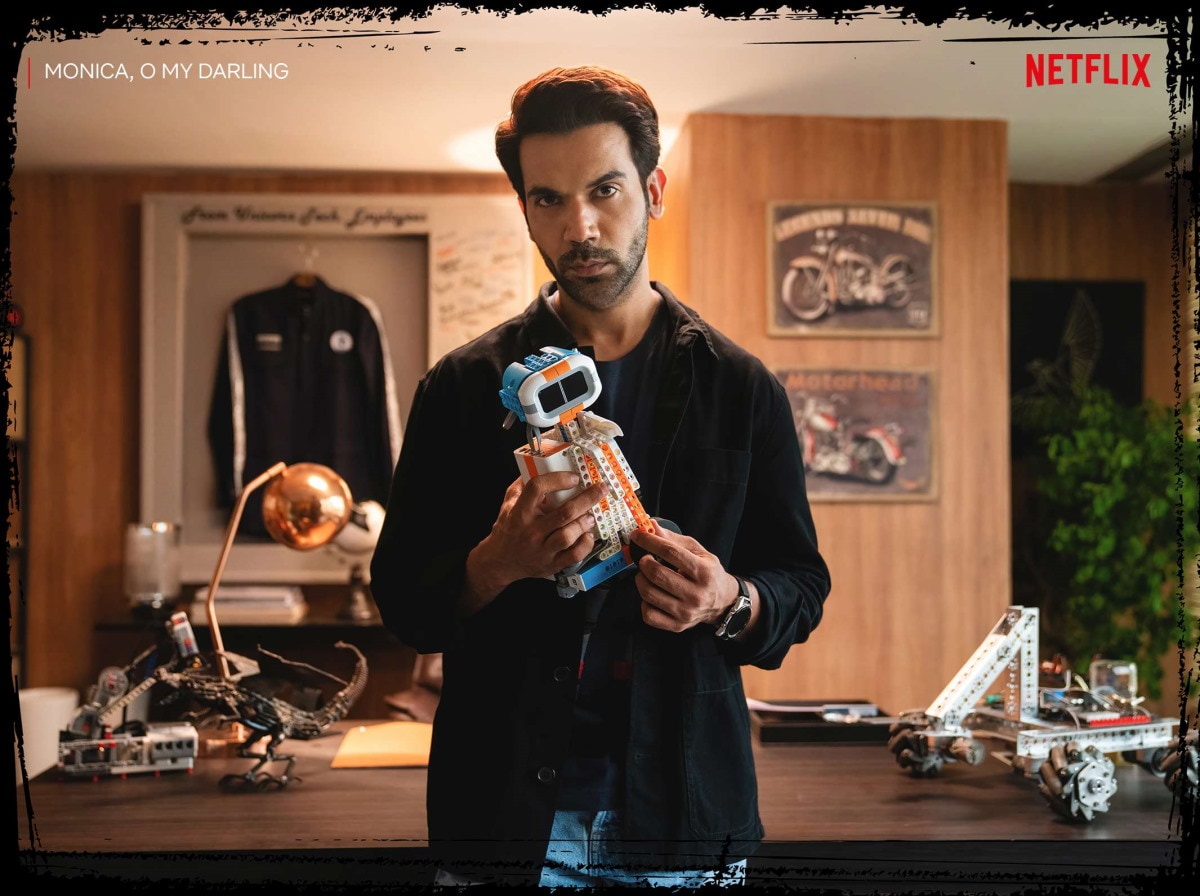 Monica, O My Darling teaser trailer is here. Netflix unveiled a minute-long first look at its upcoming Indian whodunnit comedy, starring Rajkummar Rao, Radhika Apte, and Huma Qureshi. The film is helmed by Vasan Bala — known for Mard Ko Dard Nahi Hota, and Bombay Velvet — who describes it as a neo-noir that is “an ode to movies” involving a perfect plan that leads to mayhem in the lives of involved parties. Yogesh Chandekar (Andhadhun) wrote the script for Monica, O My Darling, whose teaser first screened on Monday, at an event in Mumbai, before dropping on YouTube on Tuesday.

The teaser trailer for Monica, O My Darling is quite vague on the plot details. From what we gather, Rao’s (Newton) character, who is from the small, “exotic” town of Angola, plans to commit the perfect murder. To exact his goal, he then meets up with Qureshi (Army of the Dead), who seems to be running a crime business, the kind of people that should never be trusted. Joining them on the crusade is Apte (Sacred Games), who informs Rao that one should never narrate a backstory “so perfectly.” The Monica, O My Darling teaser trailer heavily focuses on the story of the “Prince of Angola,” which probably correlates with Rao’s motivation for murder.

There’s also a brief glimpse of Rao messing around with robot arms. This could function as the murder weapon, as evidenced by the synopsis for Monica, O My Darling, which details “robots crushing human skulls,” in addition to other thematic elements such as lust, blackmail, and betrayal. Joining the trio in the mission is Sikandar Kher (The Zoya Factor), who plays a henchman, constantly poking fun at Rao’s naivety. Other additions include Bagavathi Perumal, Akansha Ranjan Kapoor, Sukant Goel (Dobaraa), and Zayn Marie Khan.

“Monica, O My Darling has been a dream project for me and we cannot wait to entertain everyone with this twisted crime comedy brimming with mystery and drama. Joining forces with Matchbox Shots and Netflix along with our brilliant ensemble cast to bring to life this unique story has been an absolute pleasure,” director Bala said in regard to the production.

Netflix has yet to set a release date for Monica, O My Darling.

Poco F4 5G and X4 GT launch: Here’s what to expect and how to watch the launch event- Technology News, Firstpost