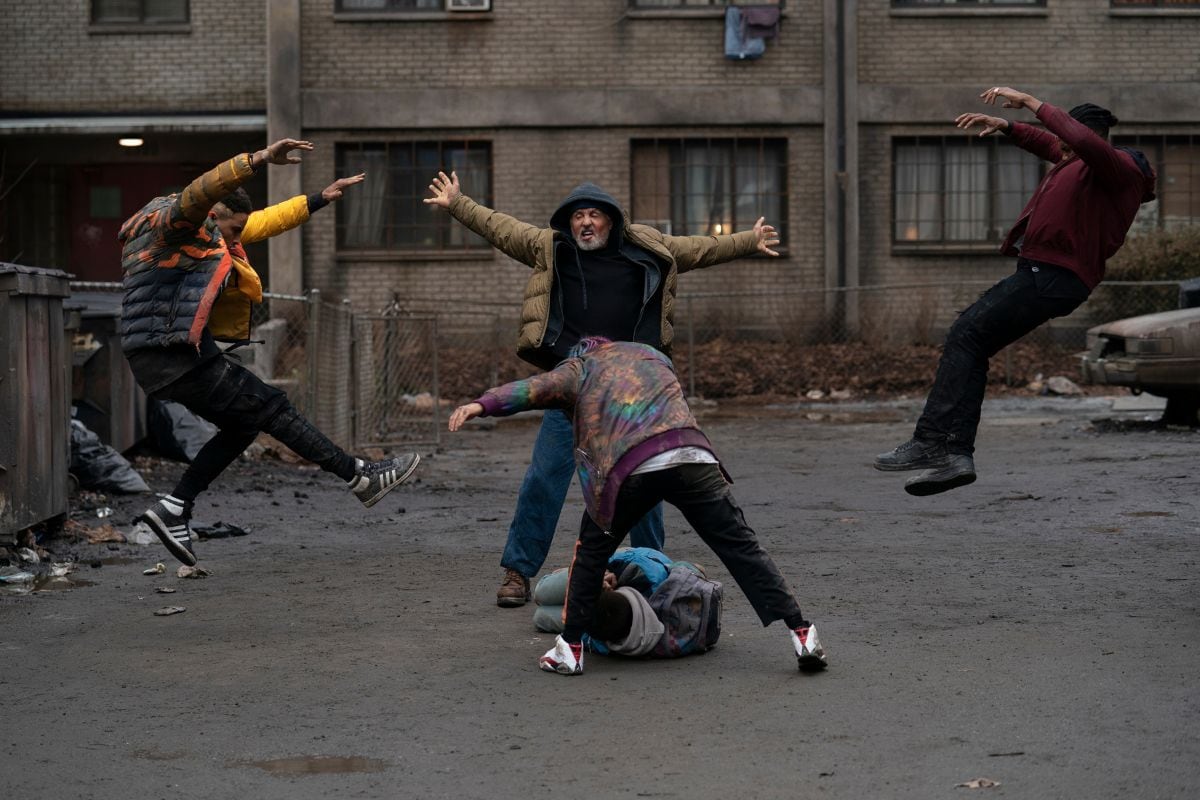 Samaritan, a new superhero movie starring Sylvester Stallone, now has an official trailer. Amazon Prime Video dropped the video ahead of its global release on the platform on August 26. The film was originally set to release theatrically in 2020, but was delayed several times due to various studio acquisitions. Samaritan has been billed as a take on what happens to superheroes when they’re past their prime — using a grounded approach similar to M. Night Shayamalan’s Unbreakable trilogy of movies.

Set in the fictional Granite City, rampant with crime and towering grey skyscrapers, the Samaritan trailer begins by introducing our hero. Joe Smith (Stallone), a retired superhero, spends his days picking through broken gadgets in trash bins and giving them new life — his hobby. This calm routine of his is soon interrupted when he comes across Sam Cleary (Javon Walton), a 13-year-old kid, who suspects that his neighbour is in fact the town legend, Samaritan.

Flashback sequences reveal that Samaritan was reported dead in a fiery warehouse battle with his rival, Nemesis, 25 years ago. Cleary’s suspicions come true when the aged Smith single-handedly rescues him from a group of bullies and survives a car crash. As far as powers go, he seems to have super strength and the ability to regenerate, though it never explains the scars on his back from the fire incident. The Samaritan trailer has an overall blandness to it, ranging from the themes, the names (Joe and Sam), and Stallone’s character, which tries to re-capture the magic from Unbreakable.

Walton seems interesting, playing an innocent kid who is super-invested in uncovering the mystery surrounding his newfound superhero friend — a far cry from his role in Euphoria. “Things start to fall apart when you stop caring. And I stopped caring a long time ago,” says Stallone, while explaining his story to Cleary. We are then introduced to the new villain, Cyrus, played by Pilou Asbæk, who leads a group of bandits hellbent on figuring out the reason for Samaritan’s long absence.

The half-baked Samaritan plot expects us to believe that a bunch of regular humans would offer a great matchup for Samaritan, who is practically invincible in the fight scenes shown in the Samaritan trailer. The film is based on a graphic novel of the same name by Marc Olivent, Renzo Podesta, and Bragi F Schut — the last of whom turned it into a screenplay.

Samaritan will be available for streaming exclusively on Amazon Prime Video on August 26.