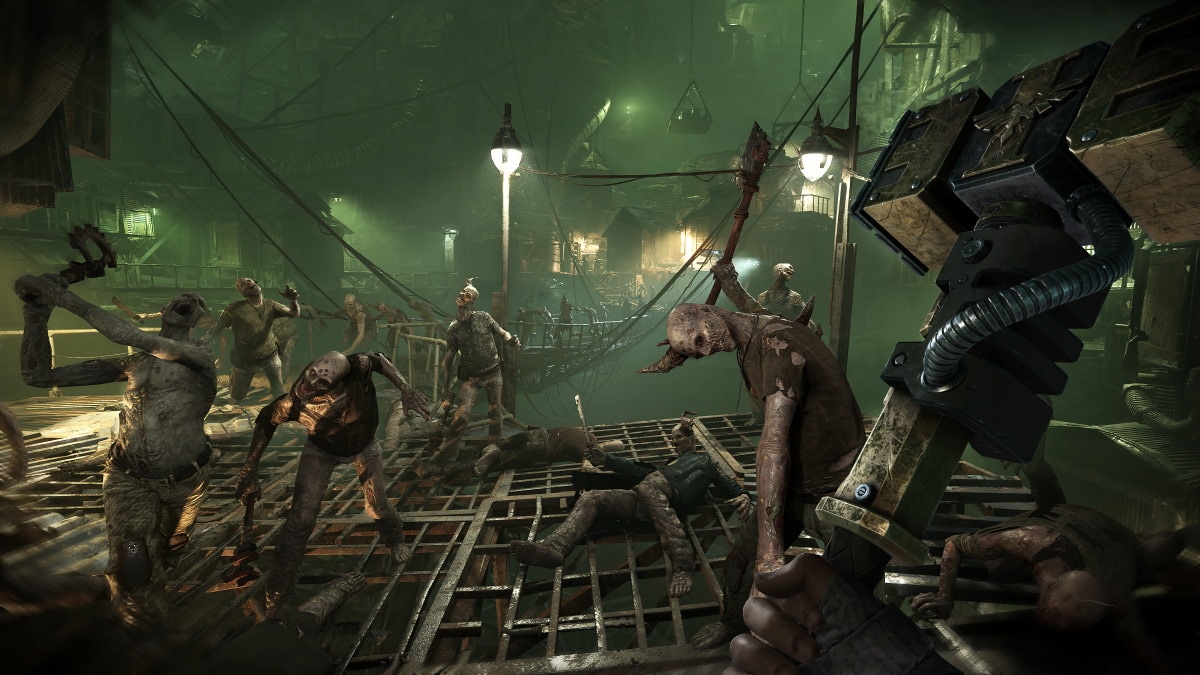 Xbox Game Pass is bringing eight new titles in the second half of November, which includes four day-one releases. The kicker is definitely Warhammer 40,000: Darktide, where you drop into the unforgiving hive city of Tertium and unload bullets onto bloodthirsty foes, who seek to seize control of the planet Atoma Prime. The game launches November 30 on PC. A week before that, subscribers will be treated to Gungrave G.O.R.E, a stylish third-person shooter that adds martial arts into the mix, enabling seamless action as you unleash combos. It drops November 22 on PC, Xbox One, Xbox Series S/X, and Xbox Cloud Gaming.

Based on Frank Herbert’s groundbreaking Dune universe, November 17 sees Dune: Spice Wars dropping onto PC Game Pass, where you lead a faction and battle for control over the harsh desert planet of Arrakis. Bear in mind that the game is still in early access, so some technical issues might seep through. Ghostlore is another such “game preview” title, which pits you in an ARPG combat arena, battling monsters hailing from Southeast-Asian folklore. Drawing inspiration from timeless classics such as Diablo 2 and Titan Quest, it features a detailed item customisation system and procedurally generated maps.

If FPS shooters are your jam, then head over to Insurgency: Sandstorm on November 29, across cloud and console, as you battle in war-torn regions through intense co-op and PvP multiplayer modes. But before that, don’t skip on the opportunity of playing as a rabbit in Lapin, a 2D platformer where you hop around and explore modern civilisation after rampant construction forced you out of your burrows. Lapin releases November 17 on PC, Xbox Cloud Gaming, Xbox One, and Xbox Series S/X.

Coming off the heels of last month’s Football Manager 2023, Soccer Story is a new physics-driven adventure RPG, “where every problem can be solved with your trusty magic ball.” In a world that has forgotten about “The Beautiful Game,” players must solve puzzles, best formidable teams, and unlock secrets to save the sport. Soccer Story drops November 29 on cloud, console, and PC. Then there’s Norco, a point-and-click adventure, where you explore a dystopian, increasingly surreal South Louisiana, hoping to pin down your missing brother. Norco launches November 17. The game’s already out on PC and is now headed to cloud and console.

With that, here’s a list of all the new games coming to Xbox Game Pass, starting November 17:

And as usual, Microsoft has confirmed some titles to be leaving Game Pass. On November 30, you can say goodbye to Archvale, Deeeer Simulator, Final Fantasy XIII-2, Mind Scanners, Mortal Shell, Space Warlord Organ Trading Simulator, Undungeon, and Warhammer 40,000 Battlesector. Of course, before they disappear from the service, you can choose to buy them at a 20 percent discount.

Devoleena Bhattacharjee terrified, wants mother to live with her: ‘Staying alone with my pet has suddenly become scary’