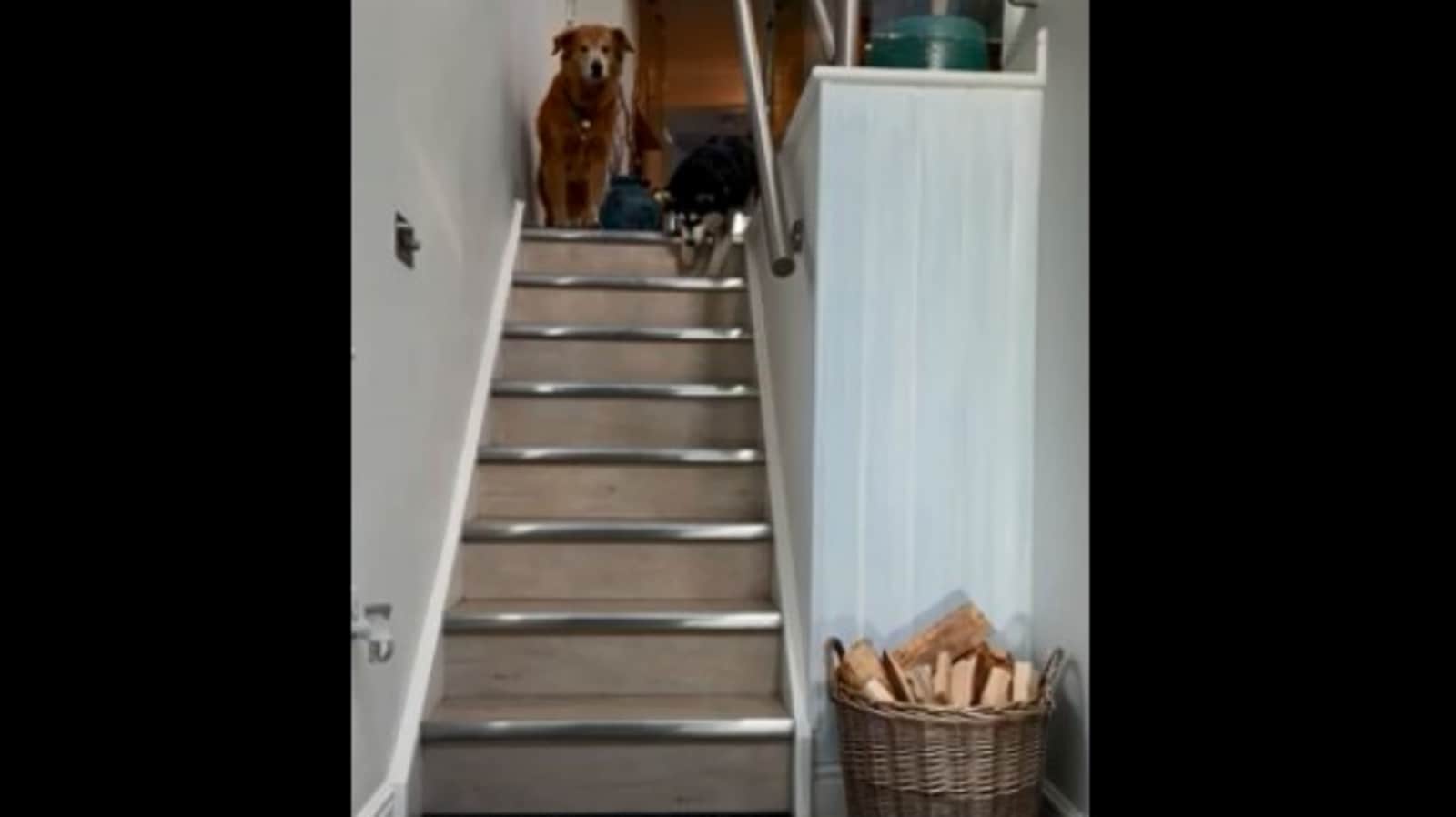 The video of the visually-impaired dog going down the stairs by herself was posted on Instagram.

A video of a visually-impaired dog getting down a flight of stairs for the first time was recently shared online. The share has prompted people to post heart-melting reactions. There is a possibility that it will have the same effect on you too.

The video is posted on Reddit with a descriptive caption. “Our four year old completely blind brave mini husky rescue going down stairs for the first time in her life (with some help from her bro),” it reads.

The video opens to show two dogs standing on top of stairs. One of them goes down the stairs and the virtually-blind doggo soon follows. It is the expression on the dog’s face after climbing down that makes the video even more delightful to watch.

The video has been posted two days ago. Since being shared, the clip has accumulated more than 41,000 upvotes and the numbers are only increasing. The share has also prompted people to post various comments.

“Aww that face of success at the end,” wrote a Reddit user. “This made my whole day. Sweet,” posted another. “Probably seemed like the stairs would never end! Does the other dog have a bell on his collar? I used to be involved with a horse rescue charity that had blind horses, and the blind horses had companion horses that wore bells as a way of reassuring the blind animal that they were nearby,” asked a third. To which, the original poster replied, “Yep! He wears a bell so she can follow him!”

Elon Musk warns to use Starlink ‘with caution’ in Ukraine | ZDNet

Google May Not Get Sanction in US Antitrust Case