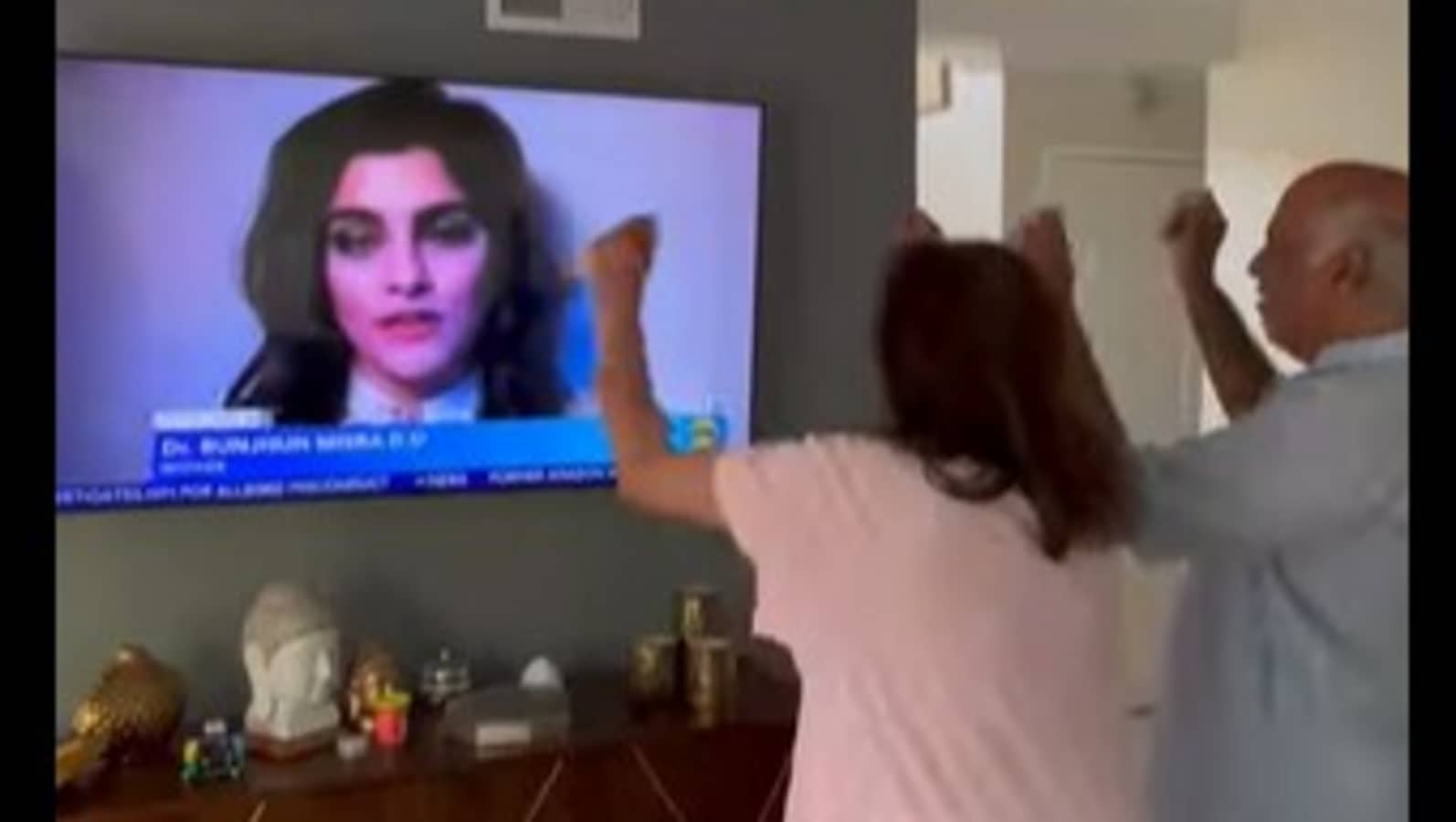 A video that has been shared on Instagram by a woman named Dr. Runjhun M, who goes by the handle @thewickedvegetarian, has been going viral. In the video one gets to see how her father-in-law and mother-in-law stand together in front of the television so that they can catch a glimpse of their daughter-in-law in it. The video has struck a chord with several people as her in-laws’ support and Dr. Runjhun’s achievement have both been highlighted in it.

“This appearance made my dream to be on national TV closer to reality…and I celebrated it alone with none other than two of my biggest cheerleaders…my in-laws. My husband and son were asleep…but my in-laws left their morning tea to come watch the segment and make me feel like a movie star at my premiere. Here’s to supporting dreams no matter how small they start. Mama…I made it,” she concludes.

Shared four days ago, this viral video now has over 1.92 lakh likes on it. It also has several appreciative comments.

An Instagram user writes, “Awww yay! This is so awesome!” “Congratulations, so happy for you,” reads another comment. A third comment reads, “Yay! Dream came true.” It was accompanied by an emoji of clapping hands.