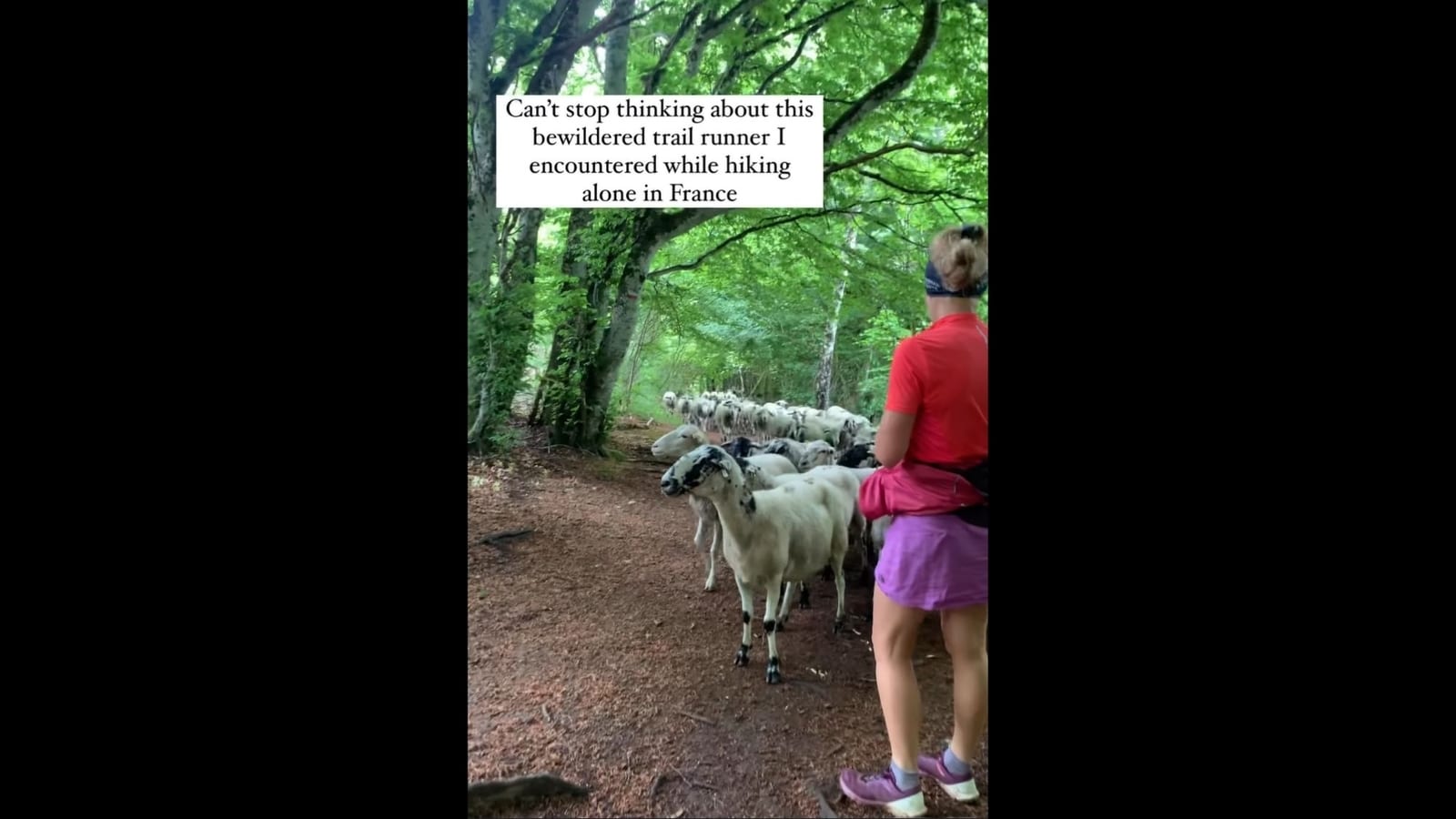 Most of us love hiking in the woods as it provides us escape from the noise and din of city life. And while doing so, we feel at peace and get to experience a wide range of things, especially scenic views and the antics of animals. Case in point, this video that was shot by a hiker in France. It shows a flock of sheep following a trail runner, and it has left netizens stunned.

The video was posted on Instagram by a user named Eleanor Scholz with the caption, “One of the best things I’ve seen. Do you think they’re still chasing her?” The clip opens with a text insert that reads, “Can’t stop thinking about this bewildered trail runner I encountered while hiking along in France.” It then shows hundreds of sheep following the trail runner. As soon as the woman pauses for a conversation with the hiker, they follow suit and the moment she resumes, they can be seen running behind her.

“Apparently, a whole flock of sheep got lost and followed her for her whole run. When she started running again, they all ran after her. She is a shepherdess now,” read another text insert that adds context to their behaviour.

Since being shared on September 9 on Instagram, the video has raked up 13.4 million views, lakhs of likes and thousands of comments.

“This is hilarious,” shared an individual. “This plus the song has me laughing so much,” wrote another. “This is what dreams are made of! How wild to witness for both of you (and all of them!). Thank you for sharing,” expressed a third. “She’s their leader now. This is insane. Funniest thing I’ve seen today,” commented a fourth.

Dog waits for human to come home, gets excited to see him when he returns. Watch

Instagram to Shut Down IGTV App, Set to Increase Investment in Reels