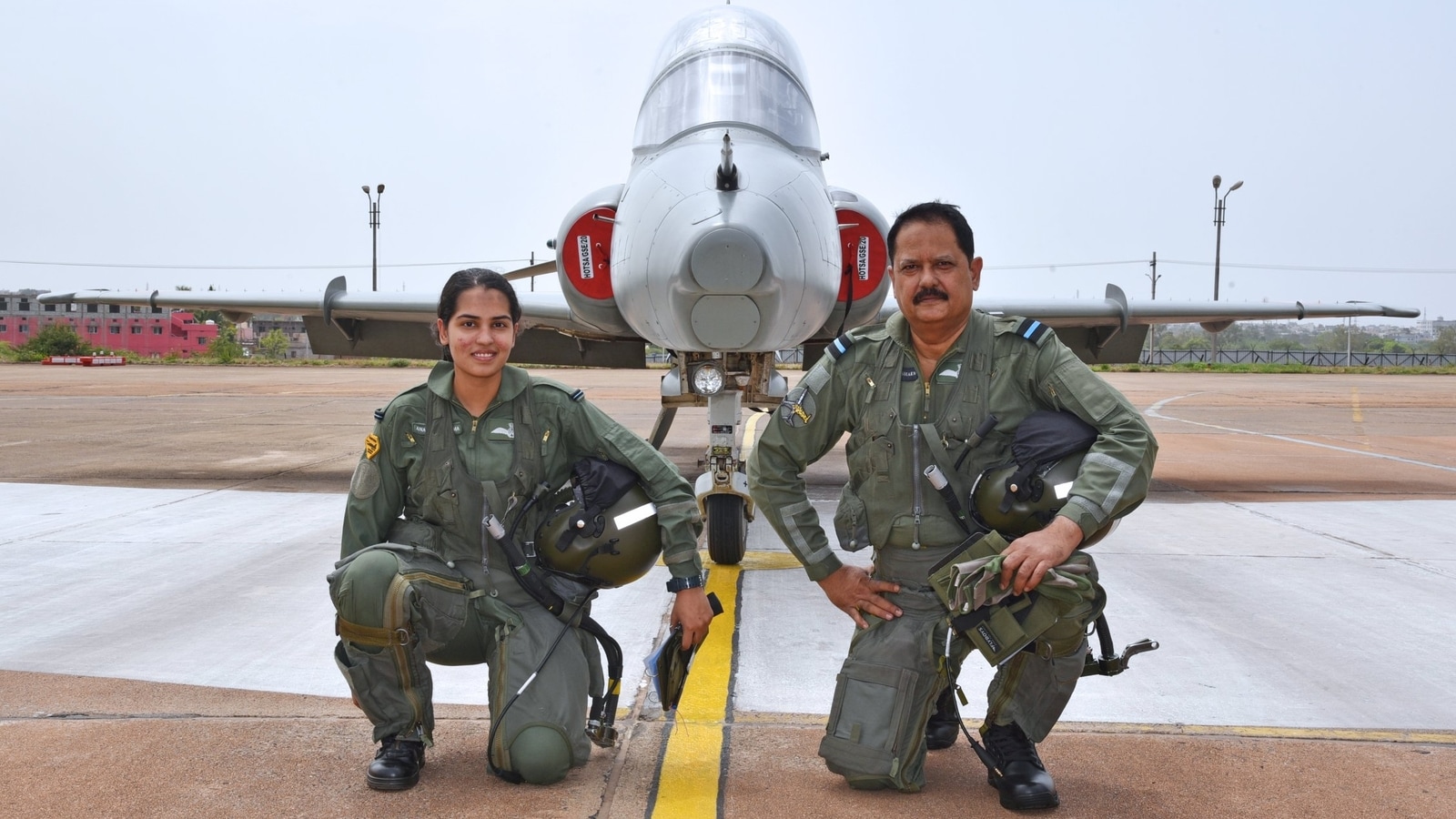 In a first, a father-daughter duo in the Indian Air Force created history by flying in the same formation of a Hawk-132 at the Bidar station in Karnataka. A photo has been going viral on the internet where the duo – Air Commodore Sanjay Sharma and his daughter Flying Officer Ananya Sharma – can be seen posing in front of the fighter aircraft.

According to the IAF, the sortie took place on May 30. “Flew in same formation of Hawk-132 at Air Force Stn Bidar, where Flying Officer Ananya Sharma is undergoing training before graduating onto faster & more superior fighter aircraft of IAF,” read a tweet shared by the Gujarat division of defence ministry.

“There has not been any previous instance in the Indian Air Force where a father and his daughter were part of the same fighter formation for a mission,” the Air Force wrote in a release.

According to reports, Ananya was selected for training in the IAF after completing her B Tech in Electronics and Communication. She was selected as a fight pilot in December last year.

Her father, Air Commodore Sanjay Sharma, has been serving in the fighter stream of the Air Force since 1989.

Sharma is currently undergoing her training in Bidar to graduate onto a more superior fighter aircraft of the IAF.