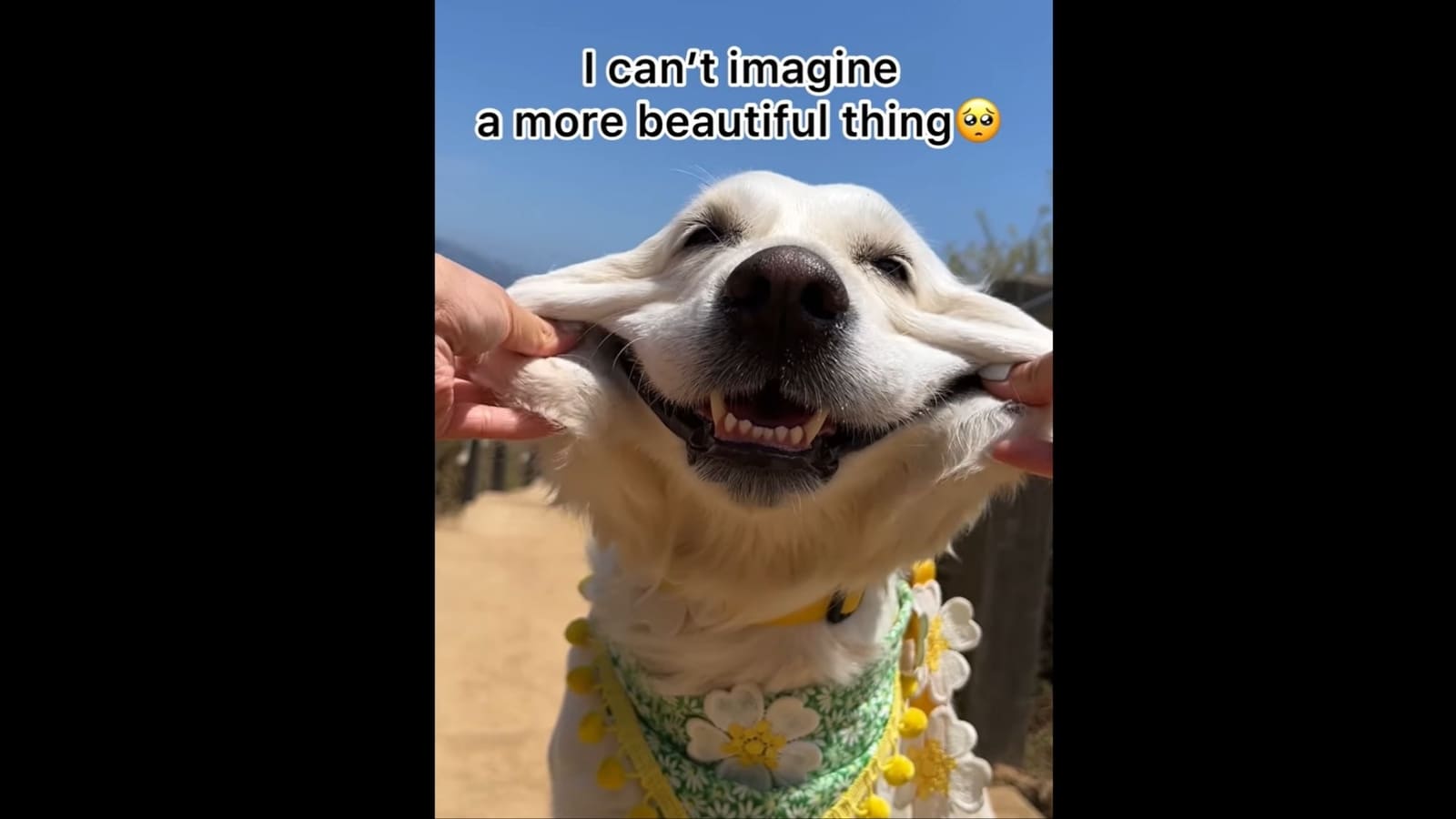 Golden Retriever dogs undoubtedly make great pets, but have you ever wondered what they have that has captured the hearts and minds of millions? In case you never have, here’s a video that describes just the same. The video that features a Golden Retriever dog is adorable yet funny and may make you go aww and laugh out loud at once.

The video was posted on Instagram by a page dedicated to a dog named Lady, a Golden Retriever dog. The page regularly posts content featuring Lady for their 2.7 lakh followers on the photo and video sharing platform. “Obsession that doesn’t harm anyone. What do you like about Goldens?” read the caption written alongside the video with a dog face emoticon and several hashtags, including #corn and #goldenretriever.

The video opens with a pet parent sipping something while working on a laptop, and Lady sits beside him on the sofa. A text insert “For me, I really like Goldens” appears on the screen. It then shows Lady holding a stuffed toy in his mouth, and another text insert reads, “What do you like about Goldens?” The video then progresses to answer this question and shows that they are big fluffy friends with extra skin and are beautiful.

Watch the video featuring the Golden Retriever dog below:

Since being shared three days ago, the video has amassed more than 2.3 lakh views and has accumulated over 13,200 likes. The share has also received several comments.

“Omg that laptop sticker though,” pointed out an individual. “Those eyes!!!” shared another. “Goldens. They will always have my heart,” expressed a third with a heart emoticon.