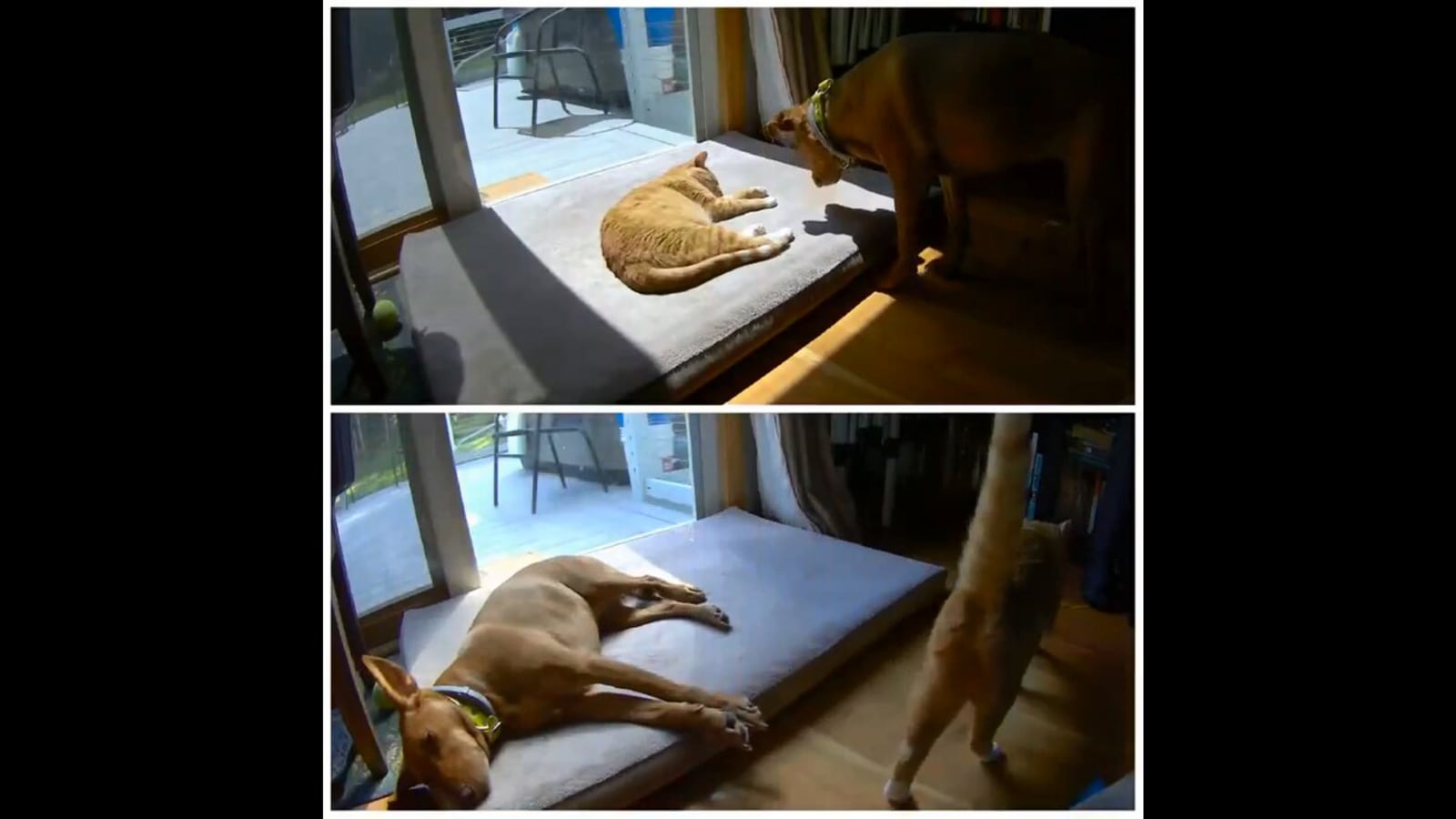 The video involving a cat and a dog was posted on Instagram.

If you are a pet parent or are someone who loves dog and cat videos, then you may be aware of how different the animals are in their behaviour. A video recently shared online also gives a glimpse of the same. It showcases how a cat and a dog friends approach each other. There is a possibility that the video will make you nod your head in agreement.

The video is posted on the Instagram page of the dogs and cat friends staying together. “A video analysis of the difference between Joule joining Kelvin and Kelvin joining Joule,” reads the caption posted along with the video.

The clip opens to show a split screen. The upper part shows how the dog approaches the cat sleeping on a pet bed. The other part of the video showcases the cat making itself comfortable beside the dog sleeping on a bed.

The video has been posted a day ago. Since being shared, the clip has gathered nearly 30,000 views and the numbers are only increasing. The share has also prompted people to post various comments.

“I can watch this all day,” wrote an Instagram user. “Good gracious I just love these two together,” shared another. “I’m with Kelvin on this one, you just gotta prep the biscuit dough before lying against it,” joked a third. “So what you’re saying is the best dog/cat relationship in the entire world,” expressed a fourth. “Adorable,” posted a fifth.