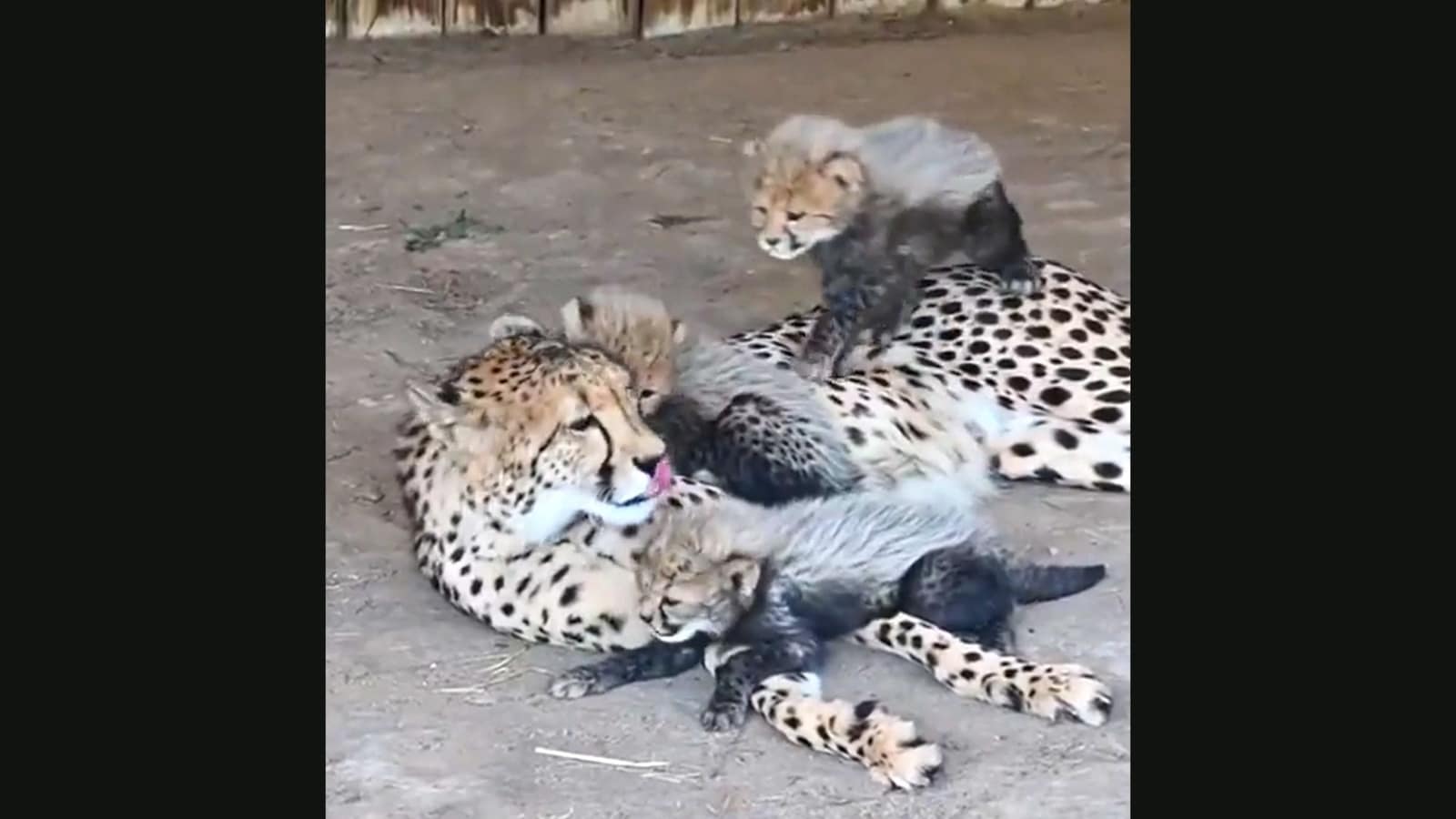 India recently made history by translocating eight cheetahs from Africa’s Namibia seven decades after they went extinct. Of these, five are females, and three are males. For the unversed, the big cats were declared extinct in India in 1952, and they have been brought to revive and diversify the country’s habitat and wildlife. As people across the country celebrate this joyous occasion, we have found a video that will prove to be the icing on the cake.

The video went viral online after it was shared on Twitter by a user who goes by Buitengebieden. “Mommy and her babies..” read the caption accompanying the video. The video opens to show mama cheetah lying on the floor and licking one of her cubs. It then shows cubs playing around her, with one even trying to climb on her head despite failing several times.

The video was shared two days ago on Twitter. It has since received more than 1.6 million views, thousands of retweets and a flurry of comments.

“Such beautiful animals,” posted a Twitter user. “They’re not spotty!!!” pointed out another. “They look like honey badgers, wonder if that’s a defense,” remarked a third. “Wow! The babies look so different,” commented a fourth.

Woman gets sad she doesn’t have enough photos with dog, pooch gets bamboozled