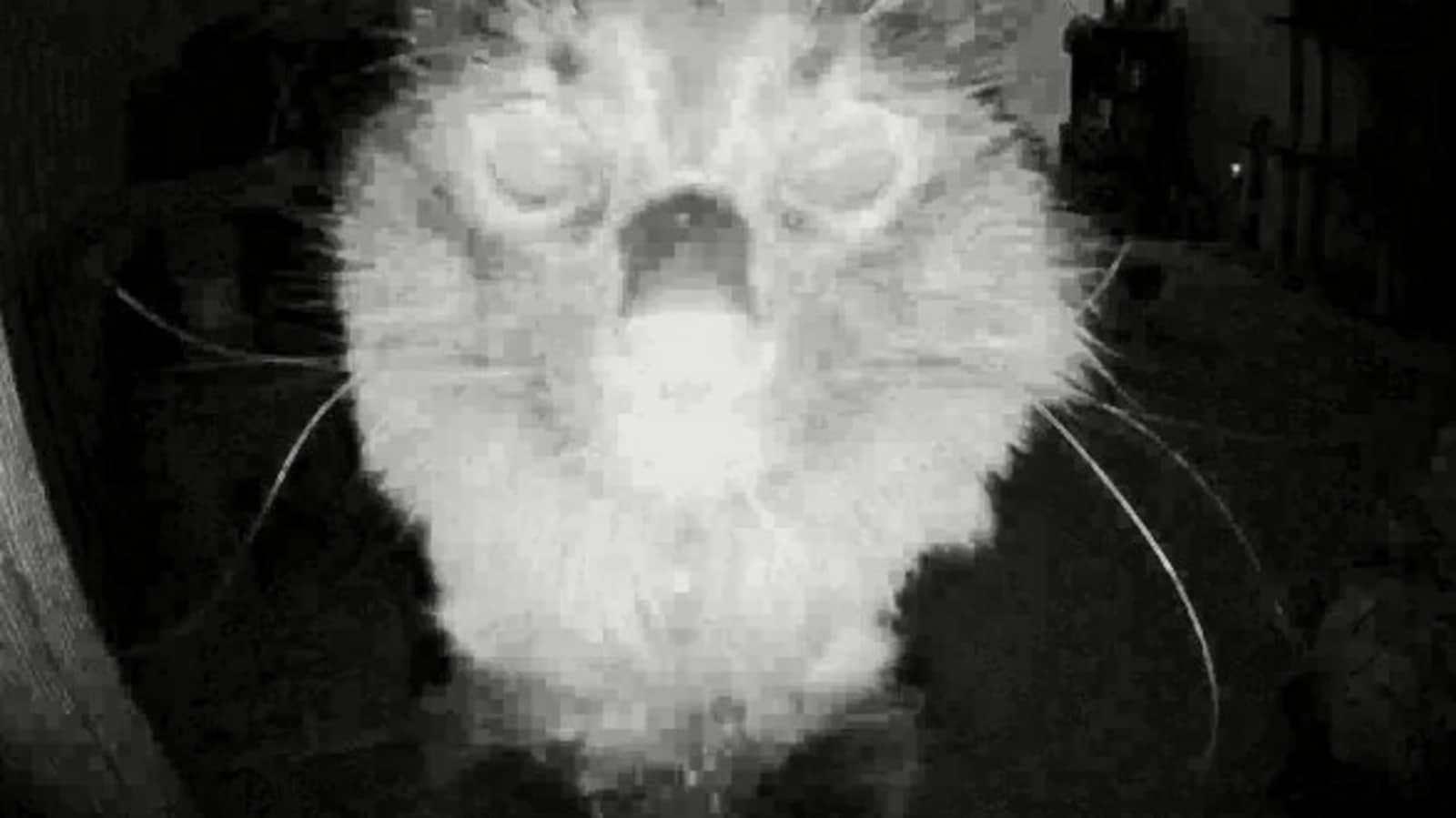 The video of the cat finding a hidden pet camera looks like a part of horror movie was posted on Reddit.

The Internet is filled with various kinds of cat videos. While some of those videos are funny to watch, others may leave you saying aww – and that too repeatedly. This video of a pet cat posted on Reddit may make you feel both but not before scaring you a little.

The video was originally posted on Reddit about two years ago. It is again creating a buzz after recently being re-shared about three hours ago. The video is posted with a caption that gives context to the situation captured. “Doodles discovered the pet camera,” it reads.

The video opens to show a black screen. However, within moments, the cat named Doodles appears. What is slightly unsettling and startling in the video is the kitty’s intense look while staring at the camera. Take a look at the video that may leave you intrigued:

The video, since being posted, has gathered nearly 100 upvotes. It has also amassed various kinds of comments from people. Some wrote that the video looks like a scene from a horror movie.

“‘Just know I’m watching you’-Doodles,” wrote a Reddit user imagining what the cat could be thinking. “I believe that is a glitch in the matrix,” joked another. “Omg, if cats could make horror movies…..,” expressed a third. “That’s scary as hell,” commented a fourth. “What the…!!” expressed a fifth.

What are your thoughts on the video? Did the clip leave you startled or scared?

Anushka Sen readies to make her Korean debut: I can’t wait to tap that market