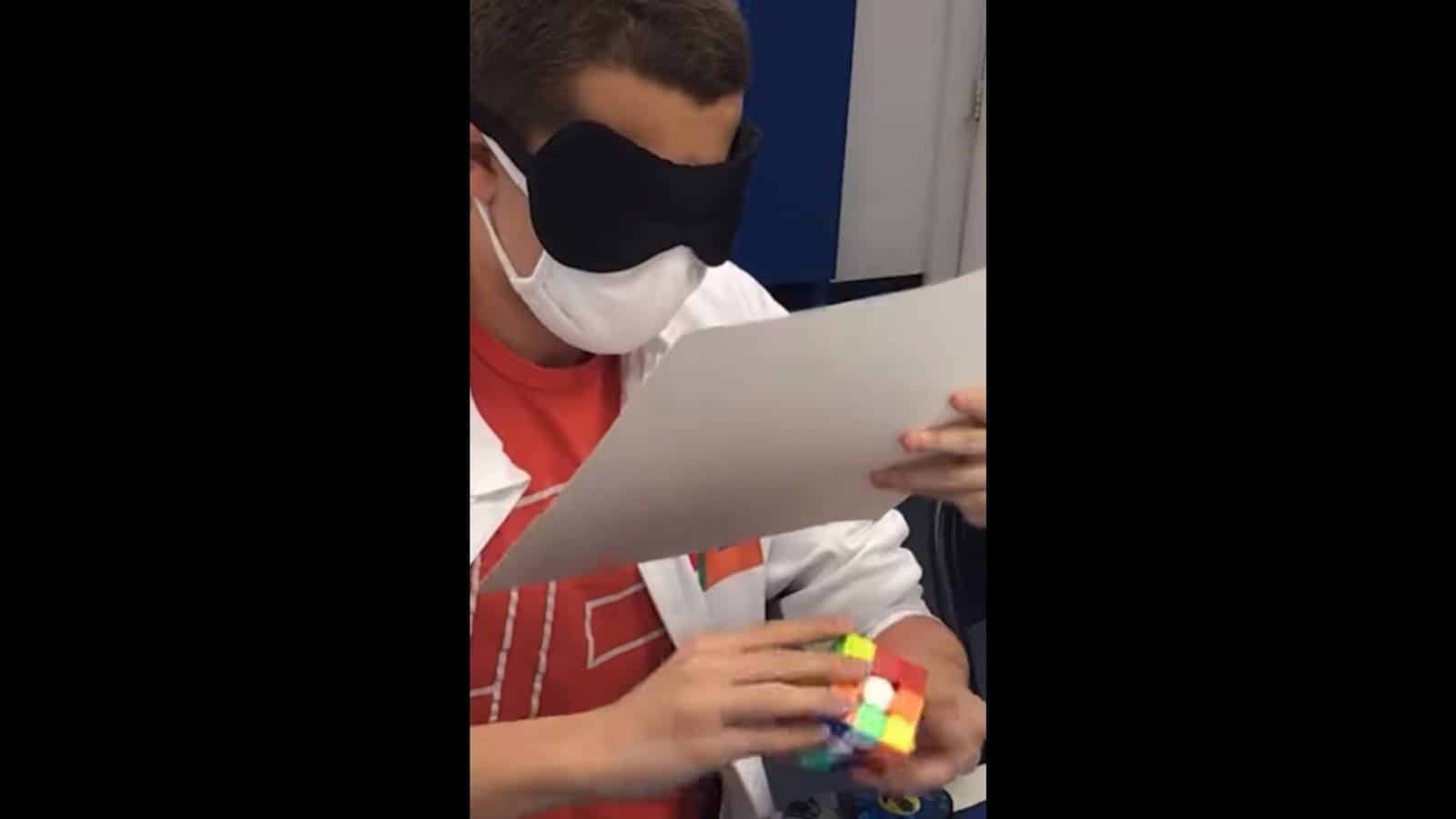 Guinness World Records took to Instagram to share a video of the teen who smashed his own Rubik’s Cube- related record.

Solving Rubik’s Cube is hard for many. However, there are some who can solve the puzzle in record time. A teen from the US has now taken the game of solving this puzzle a notch higher by doing so while blindfolded. What is even more amazing is that he grabbed a world record title by breaking a record that he previously created.

Guinness World Records (GWR) took to Instagram to share the video. “New blindfold speedcubing champion, 14.67 secs by Tommy Cherry,” they wrote. While replying to their own post, they added a few more lines about the record and the teen.

“‘It takes a lot of time for anyone to get to the point of being capable of breaking these records,’ advises Tommy. ‘So try your best not to get discouraged if your progress feels slow’,” they wrote. In yet another comment they added, “And for anyone wanting to attempt a record, here’s some advice from @tommycherry11111 – ‘Be passionate about record you choose to pursue because you will be able to practice much more effectively if you enjoy what you are doing!’.”

Cherry created the record at World Cubing Association’s (WCA) Florida Fall 2021 competition in December 2021, reports a blog by GWR. He has been cubing for about six years and his previous record was 15.24 sec.

Take a look at the video that shows the teen creating his latest record:

The video has been posted two days ago. Since being shared, the clip has gathered nearly 1.1 lakh likes and the numbers are quickly increasing. The share has also prompted people to post various comments.

“Mind blowing,” wrote an Instagram user. “Can’t even do it in 24 hours with my eyes open,” posted another. “Outstanding,” commented a third.

Dog wants to enjoy day out at a beach but won’t let seawater touch its paws. Watch