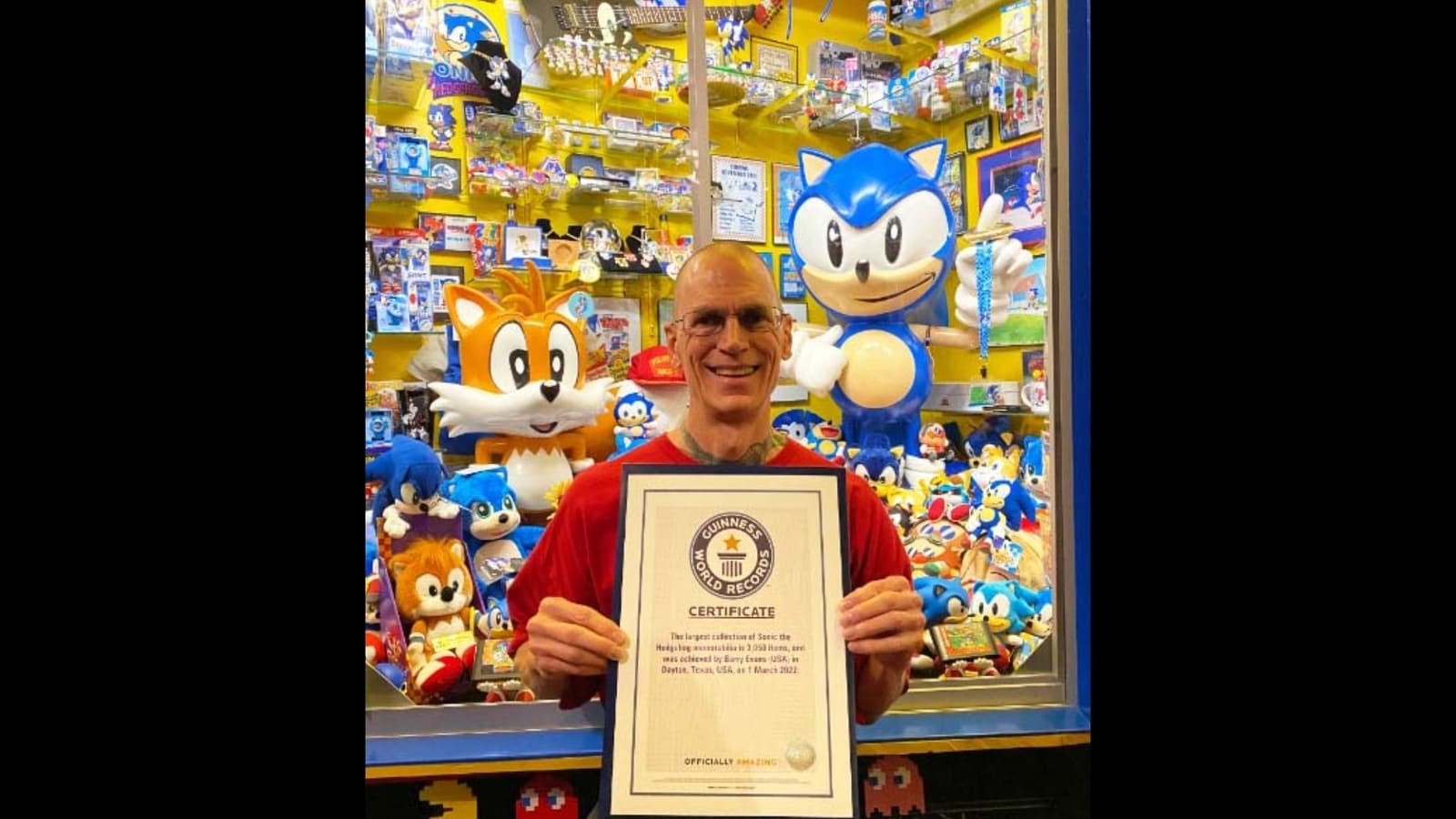 A US resident who has been collecting Sonic the Hedgehog memorabilia for 30 years has entered Guinness World Records after his assortment totalled 3,050 items. Barry Evans, who loves the game, has clocked the title for the ‘largest collection of Sonic the Hedgehog memorabilia’. Guinness World Records shared the achievement through its official Twitter handle.

“New record: Largest collection of Sonic The Hedgehog memorabilia – 3,050 items owned by Barry Evans (USA). The collection has taken over 30 years to build and it now occupies a room adjacent to Barry’s home!” reads the caption of the video posted on Twitter by Guinness World Records.

According to a blog by Guinness World Records, Sonic the Hedgehog 2 is the first videogame that Evans purchased and is his favourite game ever.

It all started when Evans played on a SEGA Genesis for the first time in 1991. “I was 23 years old, and my best friend just got a new apartment, and he bought a SEGA Genesis. We started playing it for a little bit and we loved it so much that the next day I went out and bought my own,” he told GWR.

The blog further mentioned that Evans’s first merchandise item was a Sonic bubble gum container which he bought in 1993. “Later, I saw a poster and more toys, and I just started decorating my room with it,” Evans added.

Apart from collecting items, Evans also creates them. In 1993, he built an arcade machine to play Sonic the Hedgehog 2 in an old-fashioned way. As his collection grew, he recreated his childhood arcade, which came to be known as Yesterdays – Sonic 1992’s Game Room and Museum.

Barry Evans also owns a mould machine part which was used to create plastic toys of the blue character given out at UK Burger King restaurants.

One of the most recent additions to his collection is a rare 1992 Sonic the Hedgehog and Tails plush walkie-talkie set which he ordered from Japan for USD 1,700.

The collection has taken over 30 years to build and it now occupies a room adjacent to Barry’s home! pic.twitter.com/hY3C6VbsOo

The video that shows Barry Evans’s collection of Sonic the Hedgehog memorabilia was posted a few hours ago. Since being shared, it has received more than 800 views.

The iPad as a PC peer: Are we there yet?