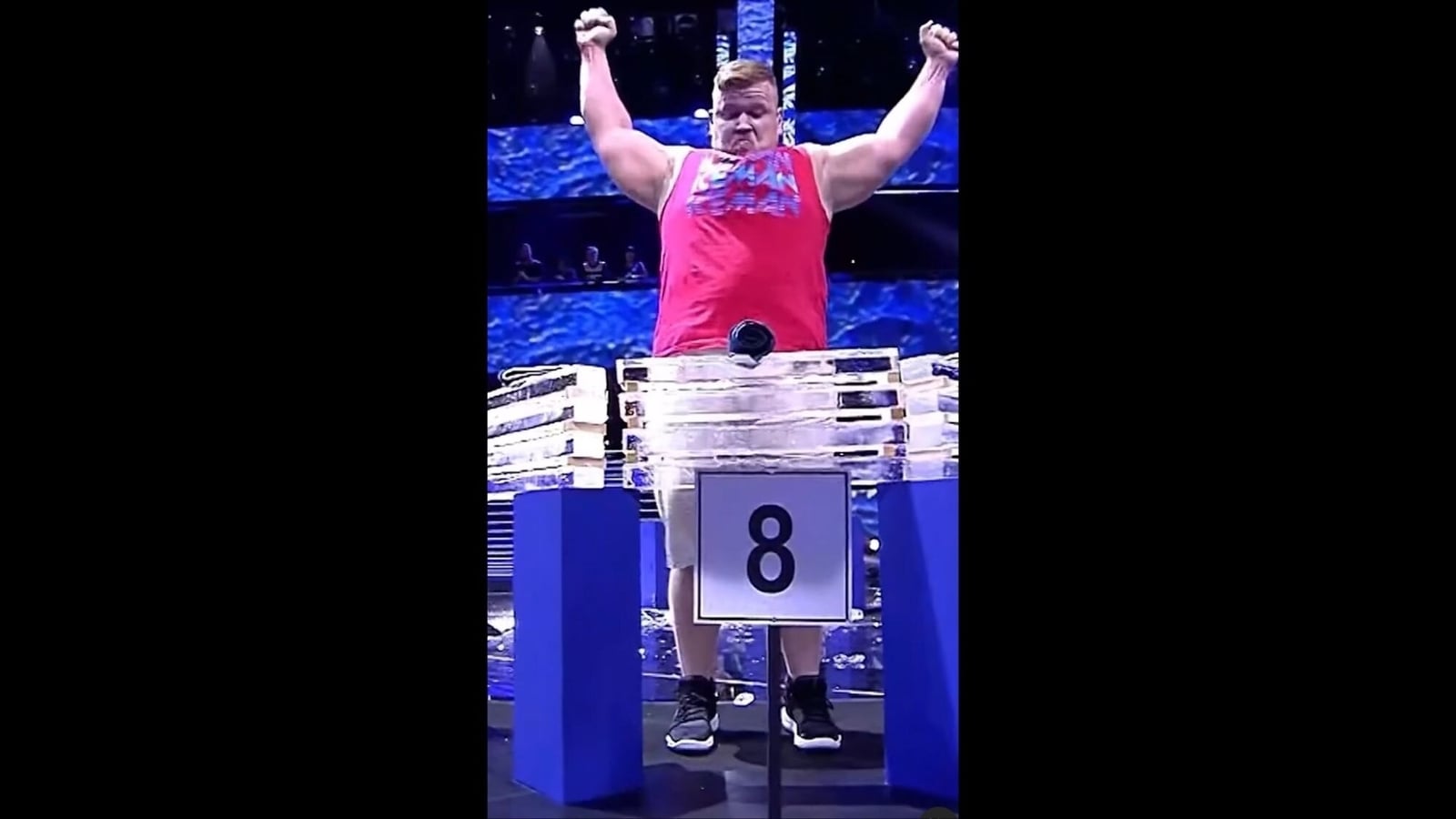 The video that showcases a man breaking ice blocks was shared by Guinness World Records on their official Instagram page.

A man from the United States has entered Guinness World Records for clocking the ‘Most ice blocks broken in one minute’. A video of the man attempting the world record was shared by the official Instagram page of Guinness World Records. The video has left netizens equally stunned and amazed and may have the same effect on you. There are chances that you may end up watching the video more than once.

“Most ice blocks broken in one minute (male) 88 by JD Anderson,” reads the caption of the video shared by Guinness World Records on their official Instagram page with several hashtags, including #guinnessworldrecords and #officiallyamazing. The clip shows JD Anderson smashing the ice blocks with his head and hands.

According to a blog by Guinness World Records, the man broke 88 blocks of ice on the sets of La Notte Dei Record in Rome, Italy. JD Anderson, also known as ‘Iceman’, previously held the record for ‘Most ice blocks broken by human battering ram. ‘

Watch the world record video below:

Since being shared a few hours ago, the video has amassed over 88,600 views and more than 4,200 likes. People have also posted varied comments.

“If this guy hit you with his head, you are going down,” shared an individual. “His name is JD Anderson. Super intelligent, a fine young gentleman,” commented another. “They had you back, that’s great,” posted a third. Many also posted emoticons in the comments section to express their thoughts.