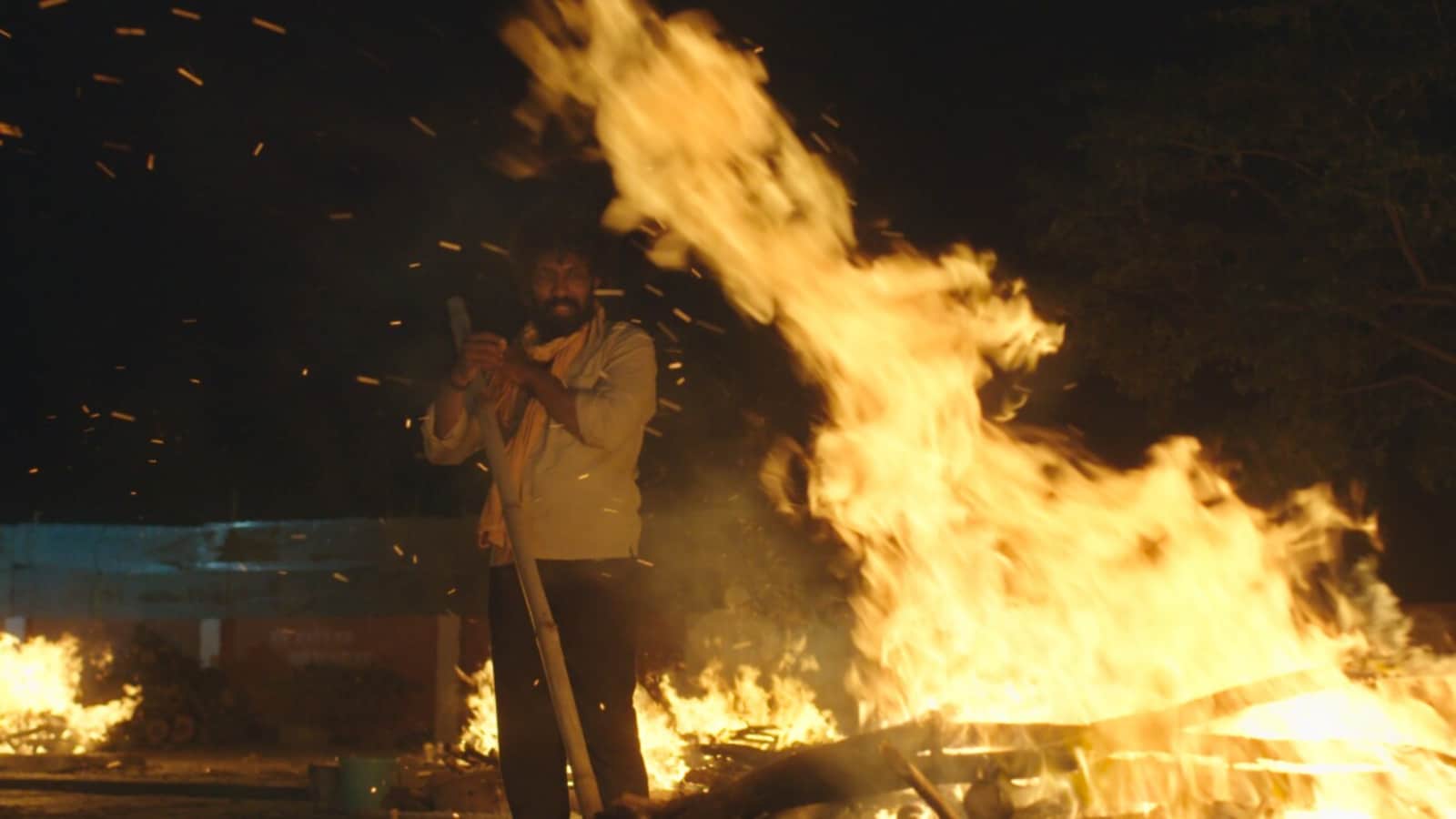 Three out of five stories in the coronavirus pandemic-based Unpaused: Naya Safar center on frontline and gig workers. The anthology miniseries, out on Amazon Prime Video, is the sequel to Unpaused, released in 2020. The new instalment shows a greater awareness of the havoc Covid-19 wrought on the underprivileged. When Covid-19 struck us, it was such a shock that Unpaused’s creators tried to lighten the mood with mostly heartwarming stories. The results were awkward and uneven.

Now, everyone has resigned to the virus’ stubbornness to leave and come to terms with the pandemic’s effect on material realities across social classes. While Unpaused season one was mostly concerned with the upper and middle classes, barring Avinash Arun’s excellent entry, Unpaused: Naya Safar covers the pandemic’s effects on people from various classes and castes. If episode one featuring a yuppie couple begins in a high rise, the fifth and final episode is about a cremation ground worker.

There’s another difference between the seasons. Unpaused season one’s major theme was loneliness and the eagerness to reach out and connect during the pandemic. This time around, the theme is work. It’s a more worthwhile subject given how the pandemic turned the economy and our employment situation upside down. People were left without jobs, salaries were slashed, and several families lost their sole working members. Two characters in two separate episodes complain about how they are expendable, like “a cog in the wheel”.

The series’ most affluent characters appear in The Couple, directed and co-written by Nupur Asthana, and starring Priyanshu Painyuli and Shreya Dhanwanthary.

The episode feels like it was created after the writers glanced through some newspaper articles on men being terrible at household work and rising income inequality during the pandemic. The wife loses her cushy job and acts out. Her ad-guy husband comes up with a consumer solution to save the day. He also says the right things to sweeten the deal: “The worst part is they will replace you with some mediocre guy”.

Shikha Makan attempts to make a short film as sweet as its title, Gond Ke Laddu. It is sweet, alright, but it doesn’t really have anything to say about the pandemic. Delivery agent Rohan (Lakshvir Singh Saran) has to get a five-star rating by the end of the day if he has to keep his job. An accident almost ruins his career until his resourceful wife Geeta (Darshana Rajendran) comes up with a crazy solution. Much of Gond Ke Laddu feels like a long advertisement, especially because of Makan’s persistent use of Tajdar Junaid’s overdramatic background score.

It is an ad-man who is the best director in Unpaused: Naya Safar. War Room is helmed by Ayappa KM, who has made several award-winning and popular commercials, including the super-funny Mahabharata-themed MTR Rava Idli ad, which produced one of the earliest memes on Indian internet.

War Room is as sombre as it can get. Widowed Sangeeta (Geetanjali Kulkarni) is a schoolteacher working in a Mumbai Covid-19 war room, one among several, tasked with triaging. It’s a routine day for Sangeeta until one of her callers turns out to be related to someone she blames for a tragedy in her past. Will she remain vengeful or will she do her job? What is the right thing to do?

War Room’s direction is so controlled that I kept thinking what took Ayappa KM so long to make a film. He has also co-written the story with Anand Menon and Shubham, and composed the eerie background score along with Karan Malhotra. Tassaduq Hussain shoots the episode in 4:3 aspect ratio, the smaller screen size drawing the viewer into Sangeeta’s troubled subjectivity. My only grouse with War Room is how easily the knotty tension is resolved.

Teen Tigada is watchable because of the performances by Saqib Saleem, Ashish Verma, and Sam Mohan, who play three thieves holding out with a big loot in an abandoned factory, which they can’t escape because of the lockdown. It is directed by Ruchir Arun, an expert in millennial-focused web shows, such as Netflix’s Little Things.

I’m not sure what the attempt with Teen Tigada was. It is a bit of a dark comedy, bit of a slice-of-life film. There is dialogue suggesting profundity, but nothing really sticks. The manufactured quirk and poignancy are too plastic to really matter. A groovy montage cut to a spoken-word rock track stands out, but Arun doesn’t build anything on its ideas.

Nagraj Manjule, the Marathi director of Dalit-themed modern-day classics, Fandry and Sairat, stars in and directs the final episode, Vaikunth. The story is deceptively simple: Vikas (Nagraj Manjule) works at the Vaikunth (meaning: heaven) crematorium, which resembles hell after sunset. He soldiers on without fuss, keeping track of the bodies, burning them, getting rid of the ashes. His advice to his son: “Zyada maat soch, majbut rehneka”. (Don’t think much, stay strong).

When Vikas’ landlord asks him to vacate his room, he and his son Avinash (Arjun Dattatray Karche) shift to a spot near Vaikunth. While Avinash quickly gets used to his new home, Vikas worries about his father who is receiving treatment for Covid-19 at a government hospital.

The episode is filled with lovely moments: the police softening up on knowing Vikas’ profession and offering tea, the cremation ground workers dumping the ashes near a painting of Shiva, family members awkwardly weeping after having their relative cremated by Vikas and his colleagues because they are too afraid to touch the body. Vaikunth’s warm ending reaffirms a key lesson learned in the past two years: family is everything.

This is how a cute Golden Retriever dog makes new friends on the train. Watch