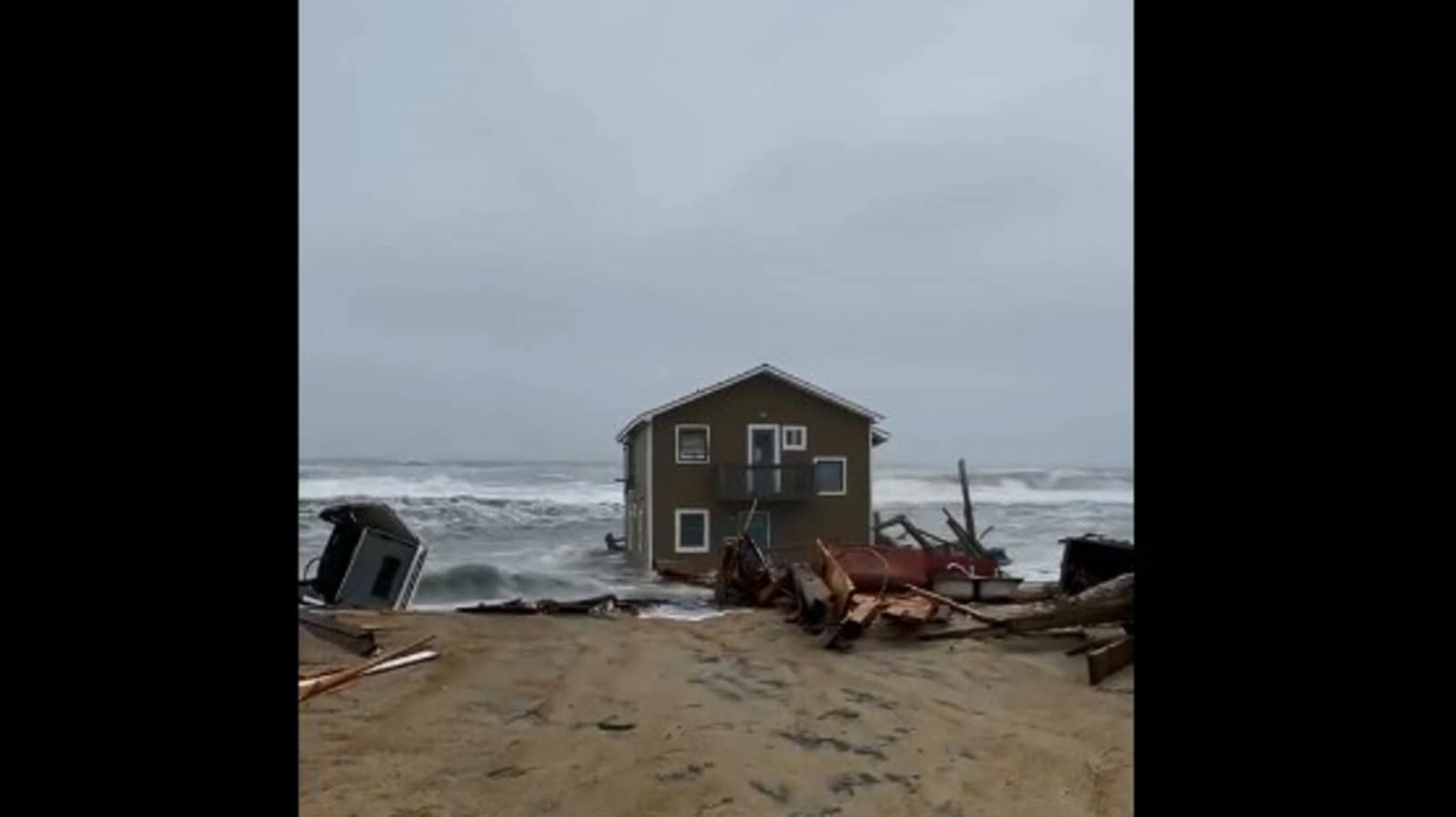 A video of an unoccupied house collapsing and floating in water was recently posted online. Since being shared the video showcasing the unusual occurance has gone all kinds of viral. The incident took place in North Carolina’s Outer Banks in the US.

Cape Hatteras National Seashore, National Park Service posted the video on their official Twitter handle. Alongside, they also shared a caption to explain more about the situation. “Cape Hatteras National Seashore (Seashore) has confirmed that an unoccupied house at 24265 Ocean Drive, Rodanthe, N.C. collapsed this afternoon. This is the second unoccupied house collapse of the day at the Seashore,” they wrote while posting the video.

The video opens to show a house by a beach. Within moments, it starts falling down after getting hit by waves. Eventually, it breaks down and the house starts floating in the water. This goes on for rest of the video that also shows the structure disintegrate slowly.

The department also posted a blog link along with the tweet. The blog explains that it is the second unoccupied house in the area to collapse on the same day. They also added that the enforcement officials closed the Ocean Drive and cautioned the visitors to stay away from the particular area in the beach.

Cape Hatteras National Seashore (Seashore) has confirmed that an unoccupied house at 24265 Ocean Drive, Rodanthe, N.C. collapsed this afternoon. This is the second unoccupied house collapse of the day at the Seashore. Read more: https://t.co/ZPUiklQAWA pic.twitter.com/OMoPNCpbzk

The video since being shared has gone viral. In fact, till now, it has gathered over 11.2 million views and the numbers are quickly increasing. Many while reacting shared their concerns about the water pollution that the broken houses are causing. Some also shared that people need to preserve environment in a better way.

Officials worry that the houses are collapsing due to ongoing severe weather in the area and also because of long-term effects of rising sea levels, reports CNN.

“Unfortunately, there may be more houses that collapse onto Seashore beaches in the near future,” David Hallac, superintendent of the National Parks of Eastern North Carolina, said in a statement, reports CNN. “We proactively reached out to homeowners along Ocean Drive in Rodanthe after the first house collapse and recommended that actions be taken to prevent collapse and impacts to Cape Hatteras National Seashore.”