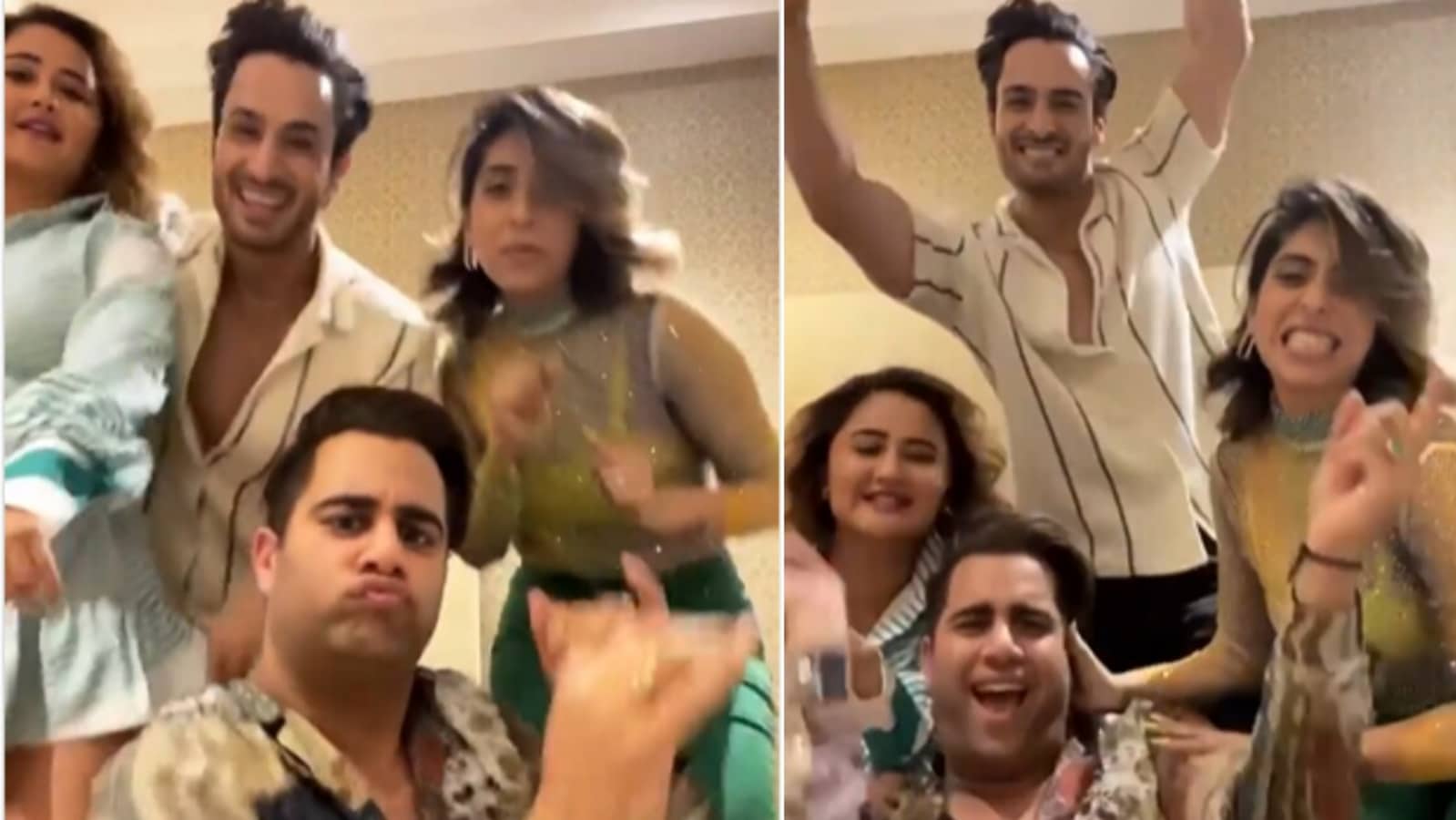 Umar Riaz posted a video on Instagram on Wednesday. In the video he was seen dancing with Neha Bhasin, Rajiv Adatia and Rashami Desai.

On Wednesday, Umar Riaz shared a video with his former Bigg Boss 15 housemates on Instagram. In the clip, Umar was seen grooving with Neha Bhasin, Rajiv Adatia and Rashami Desai.

Sharing the video, Umar captioned it, “Anybody can dance even Neha Bhasin and Rashami Desai. What say Rajiv Adatia?”

In the video, Umar, Neha, Rashami and Rajiv are seen grooving to Samantha Ruth Prabhu’s song Oo Antava from the film Pushpa: The Rise.

Rashami and Umar who became very close friends inside the Bigg Boss house have their fan following who call them #UmaRash. One of their fans commented on the video saying, “Aaj kya #UmarRash walon ko ek din mein he maar daaloge (Are you going to kill #UmarRash fans in a day)?” Another one said, “This is so so cute. #UmaRash.” While one commented, “You guys are gonna break the internet today,” another one added: “Best thing on the internet today.”

Read More: Nishant Bhat doesn’t want to meet Bigg Boss 15 contestants after the show: ‘Done with looking at their faces’

In the finale held last weekend, Tejasswi Prakash won the show and took home the Bigg Boss trophy along with a cash prize of ₹40 lakh. Pratik was the first runner-up of the show and Karan Kundrra and Shamita Shetty were the second and third runner-ups, respectively.