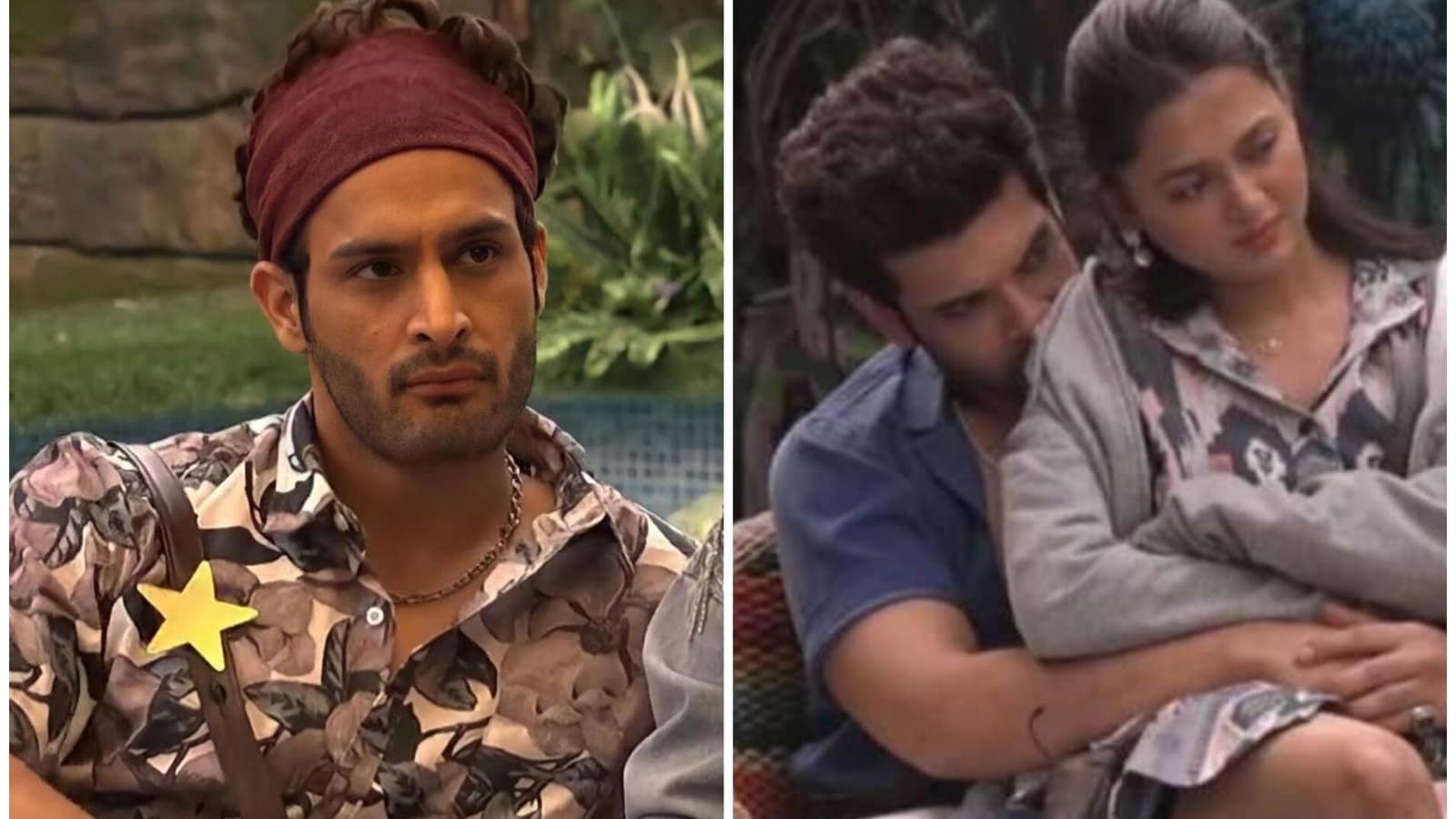 Umar Riaz, who formed a close friendship with Karan Kundrra on Bigg Boss 15, said that Tejasswi Prakash is jealous of their bond. Karan and Tejasswi found love on the show and are now in a relationship.

In an interview, Umar was jokingly asked about being in a ‘love triangle’ with Karan and Tejasswi. Umar said that while he was never jealous of Tejasswi, she did envy his closeness with Karan.

Talking to Bollywood Hungama, Umar said, “I was never jealous of Tejasswi. They used to spend a lot of time. Karan used to spend all day with Tejasswi. I never thought, ‘He is not giving time to me.’ It was fine because I wanted him to grow his relationship with her. But I think Tejasswi might have been jealous of the bond because during tasks, my priority would be Karan and somehow, Karan’s priority would be me. I think some kind of jealousy might be there because after I came out, I saw Tejasswi talking to Karan and I didn’t like how she spoke about me… He supported me in the game more than her and she couldn’t digest it.”

Umar also opened up about his friendship with Karan and said that it is ‘very real’. “We connect because we are from north India and we have that lingo also… We really connected, the relationship grew every day and the support we showed each other. He was like an elder brother, I would tell him where he would go wrong and he would tell me about where I went wrong. The relationship grew with the dancing as well, what horrible dancers we both are. The friendship was very real and very pure,” he said.

Also see: Paparazzi call Umar Riaz ‘real winner of Bigg Boss 15,’ he says, ‘You all know what has happened’. Watch

Earlier this month, Umar was evicted from Bigg Boss 15 after he got physically violent with Pratik Sehajpal. He has since called his exit ‘unfair’, claiming that he was targeted as he is not a celebrity.

Raqesh Bapat says he wants to be ‘a Vighnaharta’ like Ganesha: I’m very selfless