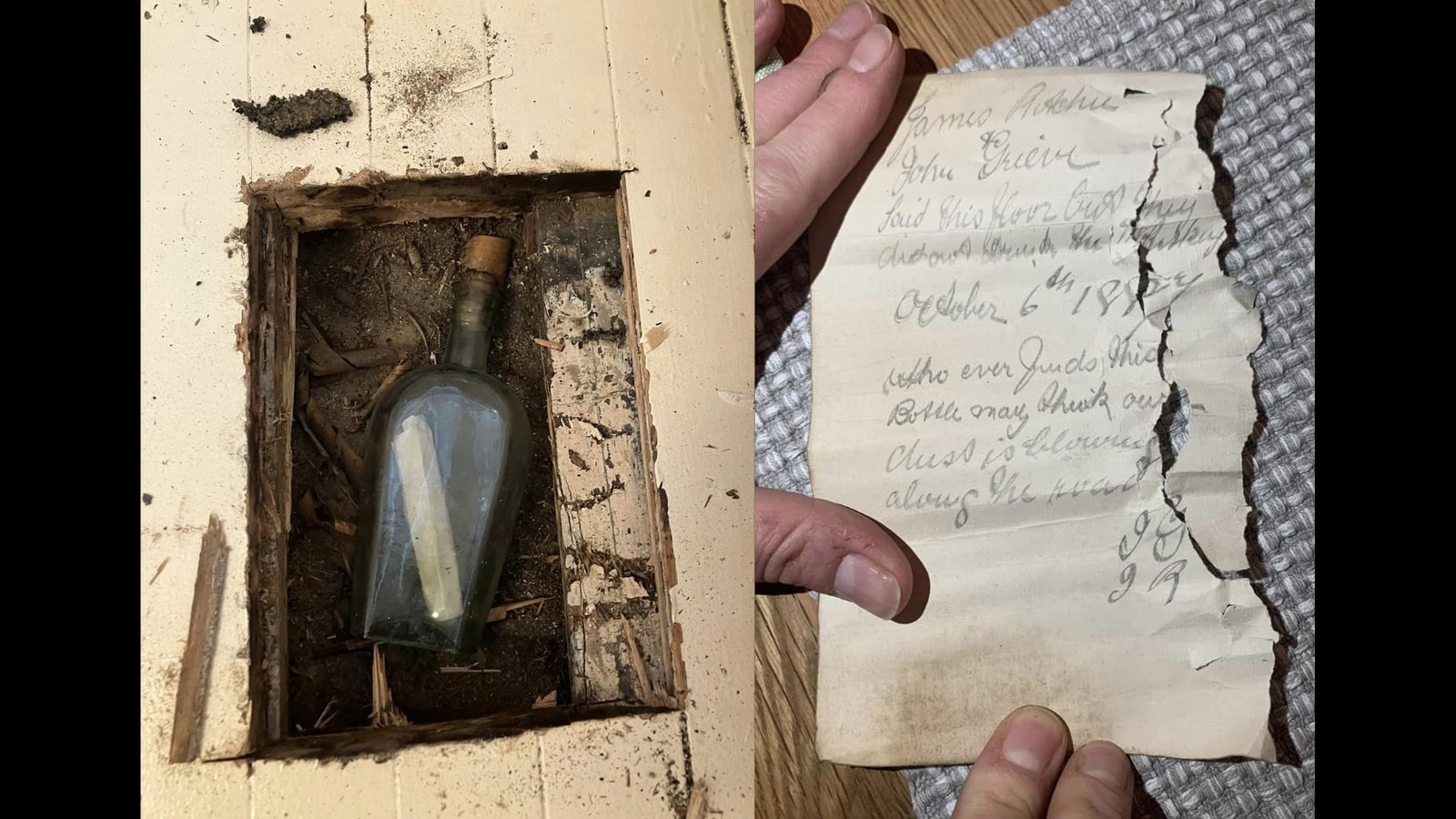 A plumber from United Kingdom’s Scotland was doing some work at Eilidh Stimpson’s home in the Morningside area when he stumbled upon a victorian time bottle with a message beneath the floorboards. The plumber was moving a radiator and cutting a random hole to find pipework when he made this interesting discovery. He quickly ran downstairs to inform the owner about the same. The owner, amazed by the plumber’s intriguing find, waited until her children returned from school and smashed the bottle with a hammer to take out the note, according to a report by BBC. She even shared the photographs on Facebook, which expectedly attracted many eyeballs.

“Interesting find by Peter from Wightman Plumbing when lifting floorboards in our home in morningside! A little piece of history,” read a part of the detailed caption posted on Facebook. The message in the bottle reads, “James Ritchie and John Grieve laid this floor but they did not drink the whisky. October 6 1887. Whoever finds this bottle may think our dust is blowing along the road.”

Since being shared on November 16, the post has raked over 300 reactions, several comments and shares.

“Interesting is an understatement! This is completely amazing! Technically, Eilidh, your message in a bottle is the world’s oldest, beating the previous holder of that title by 3 years (it was 132 years old). There will be debate about this, since your message didn’t go to sea. But when I look at it, I see a message, and I see a bottle, and the message is in the bottle…,” posted an individual. “I don’t think they ever could have predicted when they wrote it that you would be able to take a photograph using a device no bigger than your hand and put it instantly on a platform that could reach the entire community in a few seconds. Incredible. If you place one for the next person who knows how it would be discovered and the information shared. What a lovely timeframe from the past,” commented another. “I love this Eilidh! I hope you made one too and added it in for the next person in 100 years!” enquired a third.