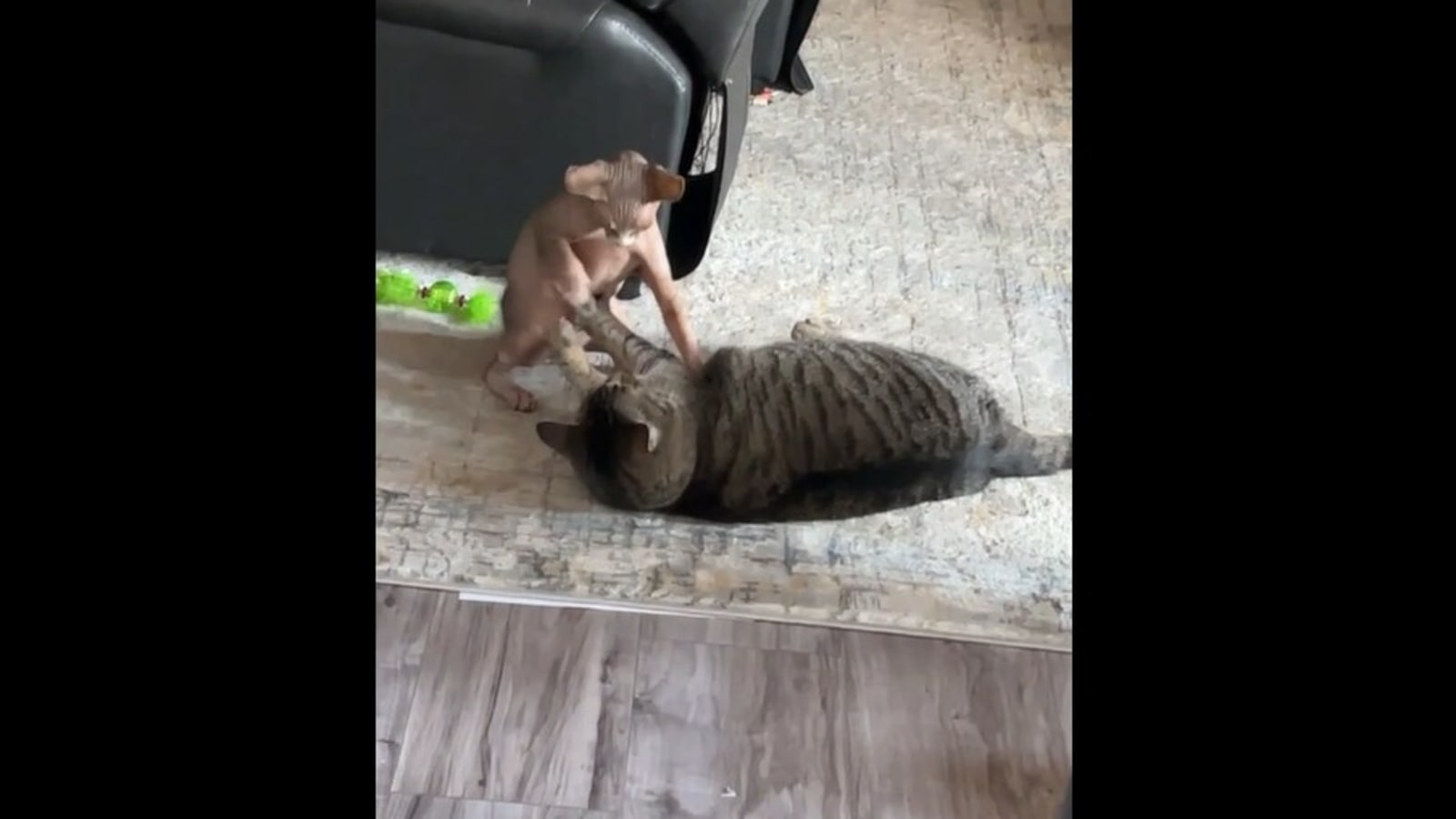 If you are a cat person or not there is barely a chance that you won’t enjoy watching some cat videos on the internet. These videos often go viral because they show some moments of hilarious or awkward interactions between cats and whoever else they want to interact with. In this particular Reddit video, two cats decide to have a fight with each other even though they stay in the same house.

The video opens to show the two cats who happen to be the pets of the same human. As is evident in the video, the feline duo simply love to have a play fight with each other. As the one can be seen laying on the ground, the other cat sits on the ground.The two of them decide to slap each other repeatedly, in a typically catto way.

This cat video was shared on Reddit with an explanatory caption that reads, “My cats slapping each other.” This hilarious video that has been making many Reddit users laugh out loud has been shared on the suRreddit named r/AnimalsBeingJerks. And there is a good chance that this video will make your day as well.

Take a look at the cat video below:

The video was shared around two days ago and has prompted several people to post hilarious reactions in reference to this cat video. The share has, as of now, received more than 4,300 upvotes.

An individual hilariously posted, “It’s my turn to wear the coat!” A second one wrote, “Standard Issue Cat vs. Chihuahua Cat.” A third commented, “Frodo and Gollum fighting over the ring” This comment was a reference to The Lord of the Rings franchise.

What are your thoughts on this video that could just as well qualify as a cat fight?