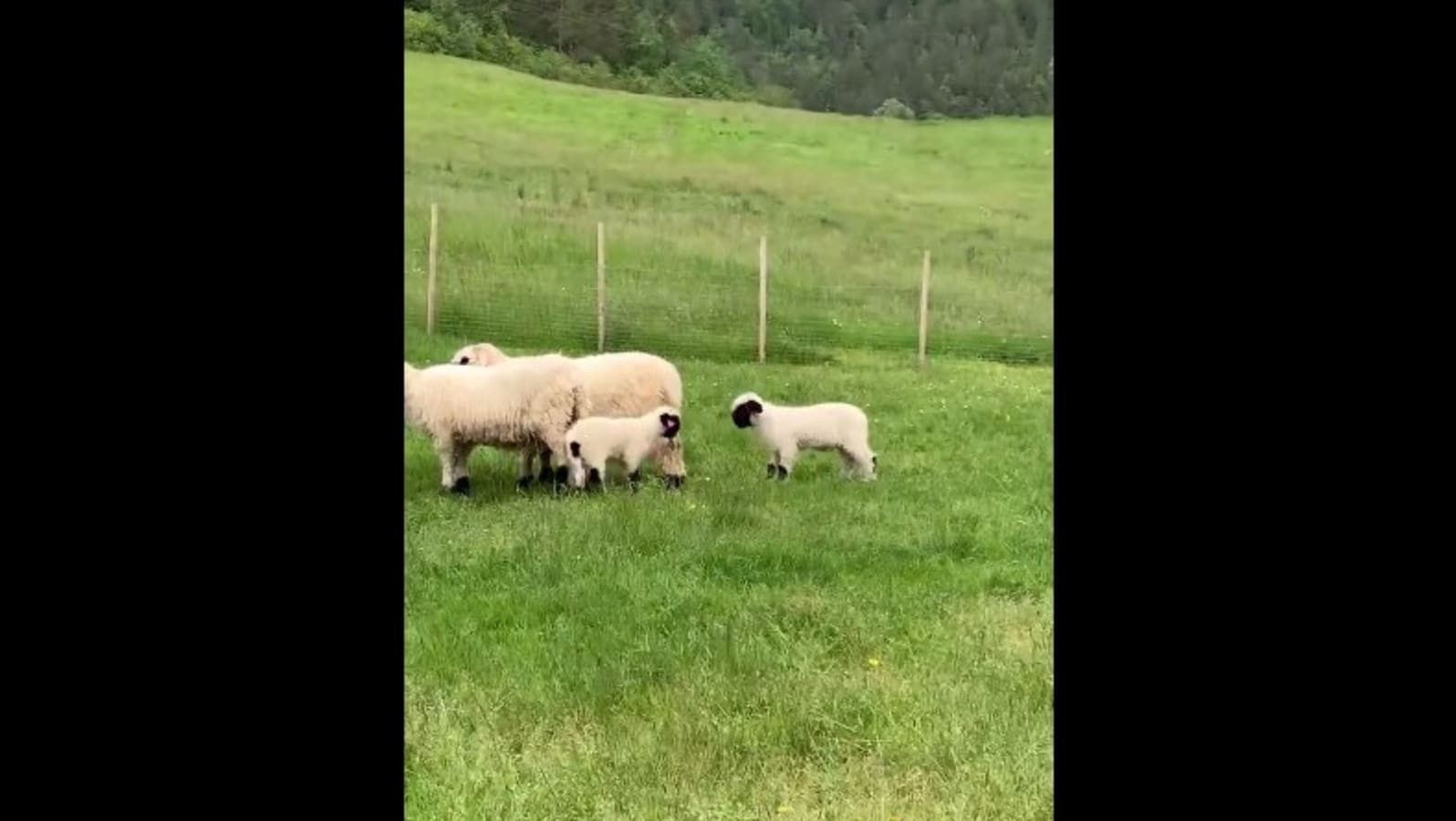 The video of the ‘intense’ fight between two baby sheep was posted on Instagram.

There is something wonderful about the videos that capture different antics of the baby animals. Those clips often leave people smiling and uplift their mood almost instantly. Case in point, a video showing two baby sheep engaged in an ‘intense’ fight.

The video was originally posted on the Instagram page Fjord garden with the caption, “The most intense fight caught on camera. However, the clip captured people’s attention after being re-posted by other Insta pages. One such page wrote, “Fighting in lowercase,” while sharing the video. The video, after being re-shared, received various kinds of comments from people.

The clip opens to show a field with a herd of sheep enjoying green grass. Amid them, two little ones are seen trying to fight with one another. It is the adorableness of the entire incident which has left people saying aww. There is a chance that the video will have the same effect on you too.

“I’m at the edge of my seat here, this is intense,” joked an Instagram user while reacting to the video. “Just doing the choreography for the fight scene,” shared another. “Practice day 3: it went well, we were fierce and brave,” posted a third imagining the thoughts on the baby sheep. “Well this is adorable. They are so cute,” wrote a fourth. Many also shared heart emoticons or laughing out loud emojis to show their reactions.

Shehnaaz Gill gets praises as she invites fans to click selfies with her at airport: ‘How humble and sweet’. Watch

Logitech is working on a secret handheld gaming device